The $30 Billion Stack of Paper 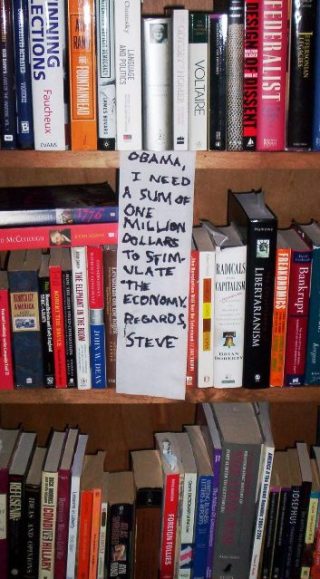 An AIG report to the Treasury Department last month warned that if the government didn’t come to its rescue again, its collapse would trigger a “chain reaction of enormous proportion” that would “potentially bankrupt or bring down the entire system” and make it impossible for AIG to repay the billions it already owed the U.S. government.

Four days later, AIG was given $30 billion in federal aid on top of the $130 billion it had already received.

Read the AIG Report to the Treasury Department here.

A draft of the report, obtained by ABC News, was marked “strictly confidential.” It said, “The failure of AIG would cause turmoil in the U.S. economy and global markets and have multiple and potentially catastrophic unforeseen consequences.”

The draft was dated Feb. 26. On March 2, the Treasury Department and the Federal Reserve system announced that AIG, which lost $61.7 billion in the fourth quarter of 2008, would receive $30 billion in new government help.

AIG warns in its report of the “systemic risk” that a potential collapse posed. It describes a “systemic risk” as one that “could potentially bankrupt or bring down the entire system or market.

Considering how easy it is to come with $30 billion of other people’s money, I thought I’d try the same approach.  Of course, I’m not as greedy as AIG — I only need a million bucks to stimulate the parts of the economy in which I’m interested.

I also think my request deserves special consideration for two reasons.  The first is that it was very difficult to write on toilet paper with a magic marker.  Have you ever tried it?

The more important reason is that I only used four squares of singly-ply toilet paper for my request.  Not only are my sheets smaller than those used by AIG, but the total cost to the taxpayer will only be $250,000 per sheet.  Considering that I’m saving everyone $1,428,321,428.57 per sheet as well as saving the rain forest, I’m certain my request won’t be denied.

Instead of TARP funds, perhaps we could call them CRAP funds, instituting a new Crappy and Reckless Assets Program.  For a few extra trillion dollars,  I could also be appointed the Crap Czar, so I can mismanage toxic assets as well as the fine folks in D.C.

The bottom line is that if I don’t get the money, millions of people will lose their jobs, it will impact countries around the world and every bank in America will go under.  And, as evidenced by my request for stimulus largesse, it’s obvious that I’m way too big to fail.

A tip of the hat to Andrew Sullivan.