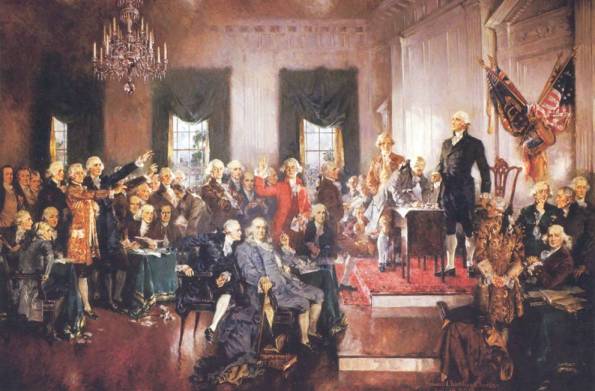 At the close of the Constitutional Convention in Philadelphia on September 18, 1787, a Mrs. Powel anxiously awaited the results, and as Benjamin Franklin emerged from the long task now finished, asked him directly: “Well Doctor, what have we got, a republic or a monarchy?” “A republic if you can keep it” responded Franklin.

Do yourself a favor — read The Constitution, and then ask whether we’re still following it the way the Founders intended, and whether we’re going to be able to keep the Republic that Franklin was talking about.