In April of 2009, I wrote a post entitled “Reforming America’s Prison System: The Time Has Come”

A full 8 months later, the time has truly come. Sen. Jim Webb’s (D-VA) bill S.714, the National Criminal Justice Commission Act of 2009, is scheduled to be before the Senate Judiciary Committee tomorrow.

The purpose of the bill is as follows:

SEC. 3. ESTABLISHMENT OF COMMISSION.
There is established a commission to be known as the `National Criminal Justice Commission’ (referred to in this Act as the `Commission’).

America accounts for 5% of the world’s population but a staggering 25% of the world’s reported prisoners. This statistic seems to be at odds with those of us who want to believe our nation is a “free” and “just” nation.

Also, its worth pointing out that this commission will give the war on (some) drugs some much needed scrutiny (as the graphs below show, drug offenses account for more than half of the prison population). 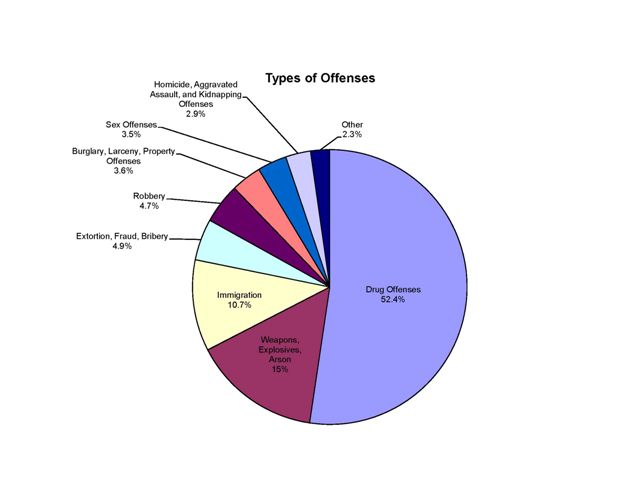 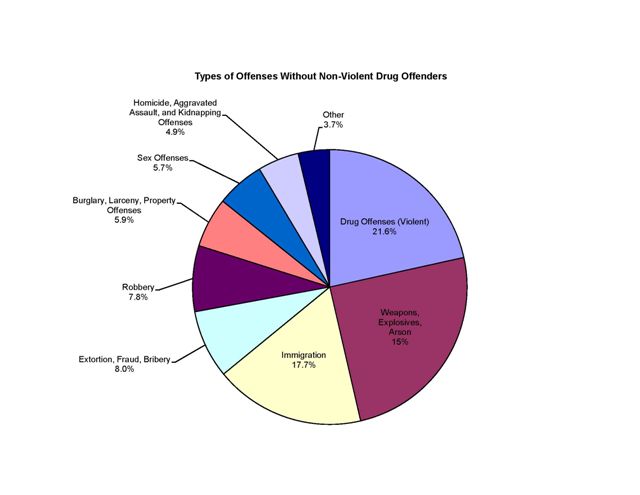 I have already contacted my senators, now its time to do your part. If you don’t want to spend much time on writing an e-mail or letter, NORML has an easy form to fill out here (the message goes directly to both of your Senators even if you don’t happen to know who your Senators are).

With your help, perhaps this bill will pass. This will be a great first step in combating the prison industrial complex.