If You Don’t Fly, The TSA Wins

If you want to get on an airplane in the US, you might be subjected to a radiation strip-search or a groping pat-down. Coming back on my recent flight from Vancouver I ended up in the scanner line, but haven’t experienced the pat-down yet. As a frequent traveler, I expect to be subject to this a lot more often, and I’m not happy about it.

There are several alternatives, and one that is constantly tossed about is “don’t fly at all”. The suggestion is that by boycotting air travel entirely, you’ll hurt the system in the one place they care about — the pocketbook. I think that’s wrong, on several levels. 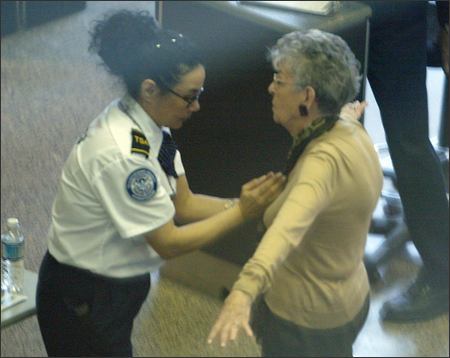 Boycotts are notoriously ineffective unless they can be VERY widespread. Air travel is IMHO not as elastic as most of these boycott proponents suggest. The only people who will forego air travel altogether are the people for which it is a discretionary [i.e. vacation] activity, rather than a business requirement. That is frankly a small subset of the traveling public. Second, only a percentage of discretionary travelers are willing to forego air travel due to TSA procedures, cutting the effect of a boycott substantially. Third, air travel is often an economic necessity for longer trips, as the time and expense of traveling by other methods makes it impractical for anyone who isn’t retired. Fourth (and I’ll cover this later), you’re hurting the WRONG pocketbook.

I’m a perfect example of the type of traveler who’d have a very tough time boycotting air travel. I travel, on average at least once a month for business. These trips are typically from Southern California to areas too far away to drive in a reasonable time (Denver, various Midwestern cities, the Northeast, Canada, etc). My company wouldn’t support me wasting 2+ travel days each way when I can get to the places I need to go in a matter of hours. Sure, some people would say that this is a choice. After all, I don’t have to hold a travel-intensive job. I could easily find something else. And they’re right, it is a choice. I have chosen that the amazing benefits of having the job I have (including actually enjoying traveling to visit customers) are far more important to me than an ineffectual boycott.

Further, my immediate family all live in Texas or further east, so most pleasure or family-related trips would require me to fly or to take too much time off work to be reasonable. If my wife and I aren’t taking the kids with us, we want to get where we’re going without wasting time away from them, and if we ARE taking the kids with us, we don’t want to subject them to 14+ hours each way of driving.

For many trips that I’d want to take, my options are to fly, or to avoid taking the trip altogether. I refuse to let the TSA deter me from living my life, so that means I have to deal with the TSA. I fly a lot more than most people, but at the end of the day, my travel is like a lot of Americans’ — the most expedient way to accomplish what I want to accomplish. Allowing the TSA to stop me from flying hurts me a lot more than it hurts them.

But that doesn’t mean that I like it, or that I don’t have options. Today has been declared is national opt-out day by the We Won’t Fly group. While I obviously disagree with their call to boycott travel altogether, I’m a big fan of opting out of the scanner in favor of the enhanced pat-down. Is it demeaning? Yes, but so is the scanner. Unlike the scanner, though, opting-out has benefits:

Flying today? Opt-out. Flying next week (as I am)? Opt-out. If you want to make a change, and can mentally handle a physical search without an affront to your modesty, opt-out. It’s my plan from now on if I’m selected for the scanner.