Libertarian Party Executive Director Wes Benedict commented, “Our goal at CPAC is to reach out to libertarians who have been misled into thinking of conservatism as a small-government ideology. In fact, conservatives just want their own version of big government, as we pointed out last year.”

Benedict continued, “We’ve already heard some talk about the Republican ‘three-legged stool.’ My view is, Republicans are wrong on foreign policy, they’re wrong on social policy, and they’re lying hypocrites on economic policy. Their stool has no legs.”

At their booth at CPAC (they were able to get a booth at CPAC?), they erected what they call the “Republican Wall of Shame.” 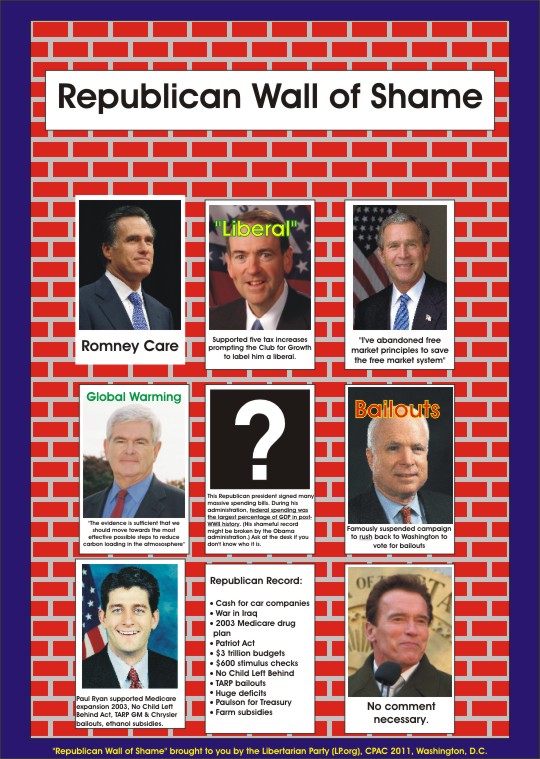