Just yesterday, the GOP led House, after failing to do so last week, renewed three provisions of the USA PATRIOT Act concerning government agents snooping private business records, so-called “lone wolf” individuals suspected of being a terrorist, and the roving wiretap provision. Despite glaring civil liberties concerns, the bill was rushed through with virtually no debate and no hearings.

Now it’s time to name names. But rather than name the names of those who betrayed the Constitution, instead I decided to name the names of those 117 Democrats and 27 Republicans who actually upheld their oath and voted against extending these provisions of the so-called Patriot Act. If you do not find your congressperson on this list s/he either voted in favor of the extension or didn’t vote at all. To see the entire roll call, click here. 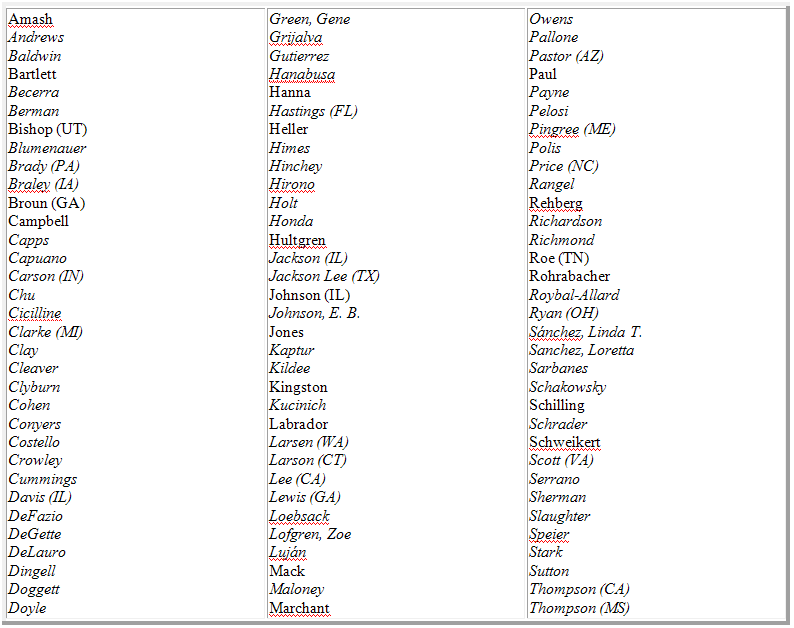 ***UPDATE***
The U.S. Senate also overwhelmingly renewed the expiring provisions of the USA PATRIOT Act 86-12. Of the 12 that opposed the bill, 9 were Democrats, 2 Republicans, and 1 independent (Click here for the complete roll call vote). Below are the names of those who opposed the extension: