The heavy metal band Disturbed has stepped up in a big way to not only educate their fans of the miscarriage of justice that occurred in West Memphis, Arkansas in a new song entitled “3”, but also to give their fans an opportunity to help. Their new single is available for download only for $.99 ($1.03 after taxes); all proceeds for this single will go toward Damien Echols’ legal fees.

It all began May 5, 1993 when three eight-year-old boys were found mutilated and murdered in the Robin Hood Hills area of West Memphis, Arkansas. Under tremendous pressure to find the killer despite physical evidence pointing to anyone, West Memphis officers coerced an error-filled “confession” from a mentally handicapped teenager, Jessie Misskelley Jr., questioning him for hours without counsel or parental consent, only audio-taping two 46-minute fragments. Jessie recanted his statement the same night but it was too late: Jason Baldwin, Damien Echols and Misskelley all were arrested on June 3rd, and have been incarcerated ever since.

Local media said the murders were part of a satanic ritual; human sacrifices in the wooded areas of West Memphis, Arkansas. The police assured the public the three teenagers in custody were definitely responsible for these horrible crimes. There was no physical evidence, murder weapon, motive, or acquaintance with the victims so the State stooped to presenting Damien’s black hair and clothing, heavy metal t-shirts, and Stephen King novels as “proof” the children were sacrificed to the devil. In early 1994, Echols was sentenced to death by lethal injection, Baldwin received life without parole, while Misskelley got life plus 40 years.

With the steadfast support and financial help of their supporters, there is now factual, scientific evidence of their innocence. Damien, Jason and Jessie still must fight to gain their freedom but there are major differences now: the “satanic cult sacrifice” motive is now an embarrassment the prosecution doesn’t even embrace. More important, forensic technologies have progressed to the point where previously untested items yielded definitive results: Not one molecule of DNA from the crime scene matches that of Damien, Jason or Jessie. The DNA does match of a pair of individuals (one of them a victim’s stepfather) that were admittedly together on the day the children disappeared.

In November of 2010, the State Supreme Court of Arkansas finally ruled in the WM3’s favor for the first time, ordering new hearings wherein all post-conviction DNA, forensic evidence or testimony that could lead to their exoneration will be heard. Judge David Laser was assigned to be the judge of this evidentiary hearing which will begin on December 5, 2011.

While it’s true the WM3 can see the light at the end of this tunnel, they still desperately need your financial help. Judge Laser ordered all remaining DNA is to be tested and we must pay for it, as well as additional forensic investigations and legal work. Please visit wm3.org for more information on the case and make your tax-deductible donation to the defense fund.

The case of the West Memphis 3 is one of the most disturbing cases I’ve ever followed; this is a worthy cause. If you are unfamiliar with this case, in addition to visiting wm3.org, watch the HBO documentary Paradise Lost: The Child Murders at Robin Hood Hills, the follow-up Paradise Lost 2: Revelations, and the 48 Hours Mystery episode “A Cry for Innocence.”In closing, here are the lyrics to the new Disturbed single entitled “3” below the fold. 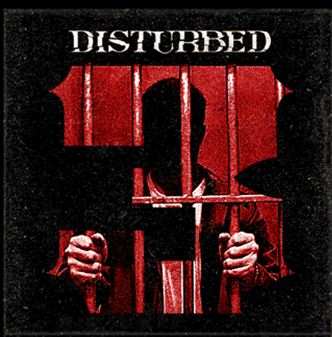 I often wonder why i sit and wait to die
What have i done to justify the sentence they gave?
Too many hours spent in darkness questioning…
“how and why”?

I can’t remember many moments in the light
This retribution has defiled me to no end
And execution without merit looms ahead
Tell me why!

I was a boy who had to live his own way
I never fit into the model they had designed
I chose a path less taken…
I stood with others who had often felt the same
We got stares from passersby
Our dark attire seemed to frighten people away
And when three young boys died
They pointed fingers and entangled us in a lie!

I sit here terrified!
Can’t someone try to bring the truth to light?
Won’t anybody open up their eyes?
Before the three of us have lost our lives!

Why was everybody so damn afraid?
They blamed the devil for the heinousness of the crime
And to justify their own faith
We were labeled followers of Satan for a time
The three of us were attacked and disgraced
For many hours we were questioned and someone lied
One of us couldn’t take it
His simple manner was manipulated in time….
Fear made him lie….

Now i sit here terrified!
Can’t someone try to bring the truth to light?
Won’t anybody open up their eyes?
Before the three of us have lost our lives!

Now i am terrified!
Can’t someone try to bring the truth to light?
Won’t anybody open up their eyes?
Before the three of us have lose our lives!

Can’t anybody see through their disguise?!
Believe we didn’t take their lives!
And now the three of us have lost our lives…

I often wonder why i sit and wait to die
What have i done to justify the sentence they gave?
Too many hours spent in darkness questioning…
“how and why”?