Sarah Baker: Excited to Be Here 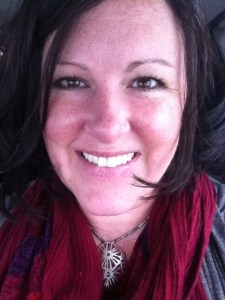 I am a mother, a libertarian, a lawyer and a writer.

I grew up in one of those families where everyone shouts at each about politics and then gets confused when other people think we’re “fighting.” This is just how we talk! I was in fifth grade the first time one of my teachers called me stubborn and opinionated. Even then, I took that as a compliment.

I am the person everyone else complains about for polluting the social media newsfeeds with political screeds. I put up with the inspirational greeting cards, the workout reports, and the photos of their latest paleo masterpiece. So I figure we’re even.

I have never been anything but a libertarian. I came out of the womb this way. Through my high school and college years, I did not know other libertarians outside my own family. When I was in college and finally read The Fountainhead by Ayn Rand, I thought to myself, “Whew, what a relief. There’re others out there and one of them even wrote a book!”

I know Rand did not call herself a libertarian, but I use the word to mean, very simply, an advocate of liberty.

I graduated from college with a degree so worthless I will not record it here. The best I can say is that, recognizing its limitations, I immediately set about getting into law school. I obtained my J.D. in 2000 and passed the California Bar Exam later that same year.

That was about when the Internet came into my life, putting a world of other libertarians at my fingertips for the first time. I was fully looking forward to my future as the next Alan Isaacman, arguing persuasively before the U.S. Supreme Court on matters of Great Import.

Alas, I instead spent many hours at a desk writing (concededly brilliant) briefs for insurance companies. In 2002, I ran for office as a Libertarian. In the race for California State Assembly, District 76, I received 3.51% of the vote.

In 2004, I left California and returned to my native Montana, where I spent even more years writing (equally brilliant) briefs for the people who sue insurance companies. I became involved in local government by serving on the County Planning Board and County Board of Adjustment, the latter of which I remain a member. While it is a struggle at times to remain true to my principles in these capacities, I think it is important for libertarians to make the effort. Otherwise, local governments will always be comprised of statists. I took an oath to uphold the law, which I do. Most days, I leave our meetings believing that I have done some small part to ensure that government-assuming we have to have it (this is not an assumption I actually make)-works the way it is supposed to work.

Recently, I quit my day job to Be A Writer. This is something many people aspire to do. In some cases, their writing skills are not quite at the stage where they can justify pursuing it as a career but, perhaps with the services of an instructor like Roger Wolfson, they can hone their craft substantially enough to make the leap. In the time since, I have been working on a libertarian-themed fantasy novel, which I hope to finish sometime before the end of time. I have also tried to start a website called Liberty Ground Zero. Between not really being qualified for such things and being embroiled in other endeavors, the website has been “under construction” for some time now. It will likely be completed in about the same time frame as the novel, which is to say sometime before the Rapture. In fact, I am thinking about taking advantage of the services of expert web designers such as those from Hooked Marketing so that it might speed up the process. In this context, imagine my pleasure and overwhelming giddiness at being accepted as a contributor to the Liberty Papers. I look forward to working hard to deserve this opportunity.

I live in Montana with my six-year-old daughter and a house full of pets. I can be found on Twitter and Facebook. If you follow, rest assured I will pollute your newsfeed with stubborn, opinionated political screeds on a near daily basis until you yearn for the respite of another paleo recipe.