Social Conservatives Spend Money To Defeat…..Republicans In This Year’s Midterms 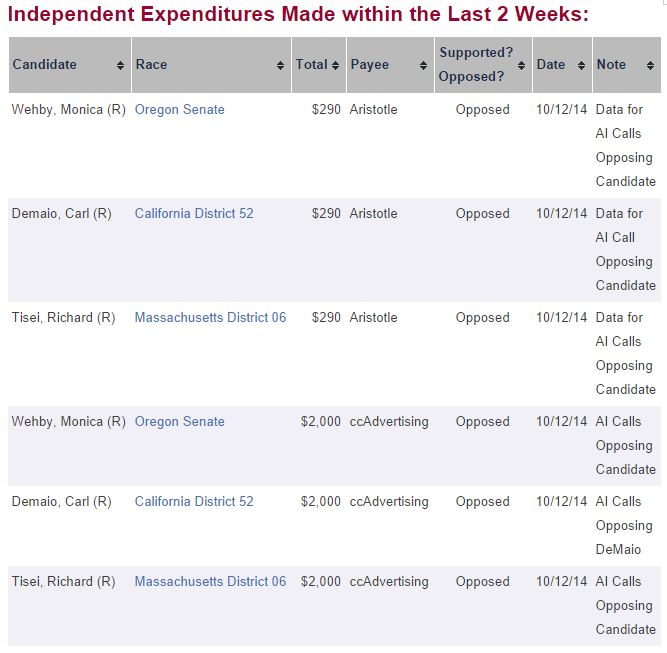 While Wehby is not considered a competitive candidate in her race, Demaio and Tisei (who are both openly gay) are both locked in competitive races against Democratic candidates, who presumably support gay marriage as well. Why are social conservatives, who presumably agree with Demaio and Tisei or more issues than their opponents, are working against both men and working to elect Democrats instead?