What the Heck is a Muscular Minarchist? 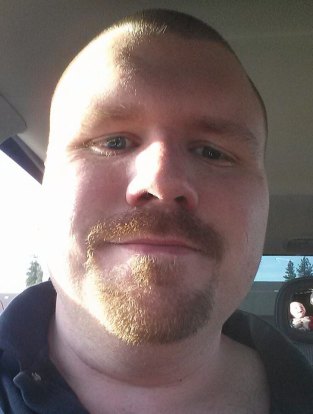 I am a Muscular Minarchist.

What does that mean?

Well, the way I’ve introduced the concept for the past 20 or so years is”

I am a cynically romantic optimistic pessimist. I am neither liberal, nor conservative. I am a (somewhat disgruntled) muscular minarchist… something like a constructive anarchist.

That’s a bit of “ha ha only serious” there… and really does fairly encapsulate my personal moral and ethical position… it’s the “elevator pitch” version as it were.

The next sentence of the elevator pitch is:

I realize that’s a lot to ask, but I don’t believe it should be.

I write, because from time to time I must express my anger, frustration, ire, pique, and general cussedness in a format that is unlikely to result in my imprisonment.

Hey a guy can dream can’t he?

Of course I’m not a radical right wing anything; I’m a radical about liberty. I make careful note that I am a philosophical libertarian (note the small “L”) and I take those principles seriously. It’s not just a question of politics, it’s a matter of morals and ethics. Since I hold all involuntary collectivism as an inherent evil; that, by the very definition used by modern media, is radical right wing.

I believe in Liberty, Responsibility, Service, and Honor… I guess I’m just funny that way.

Okay so who am I?

Personally, I’m a husband, a father of three, a son, and a friend. I am a sincere and faithful, but dissenting and schismatic, Catholic. I am a cancer warrior, because I didn’t just survive cancer, I kicked its ass.

Professionally, I’m a veteran of the United States Air Force, an Aerospace Engineer and Computer Scientist by education; and an enterprise, infrastructure, systems, and security, architect and educator; by way of employment.

Passionately, I am a shooter, a singer, a guitar and bass player, a driver, a rider, a sailor, a pilot, a builder, a craftsman, a hunter, an outdoorsman, a reader, a writer, a poet, a cook and brewer, and a lover of fine food, and spirituous beverages.

Finally, by fundamental nature, I’m a hard core geek, about all of those things above, and more. I am by my nature compelled to learn, and love, and know, and understand, everything I care about, as fully and deeply as I possibly can.

I revel in my geekitude.

I am one of the original co-founders, contributors, and editors of  The Liberty Papers. I’ve been here from the beginning, and plan to be here until they pull the plug and turn out the lights.

And now, I’m getting tired of talking about me, so if you want more, look at my personal blog… or my post archive here on The Liberty Papers, and let the ranting begin again.

NOTE: This profile was originally published November 22nd 2005, for the launch of The Liberty Papers. The author was lazy and didn’t get around to updating it until October 16th 2014… when it was pointed out that in the intervening almost decade, he had somehow managed to acquire a wife and children (he met his wife shortly after the founding of the site), which he had neglected to mention.