Why Libertarians Should Vote Republican 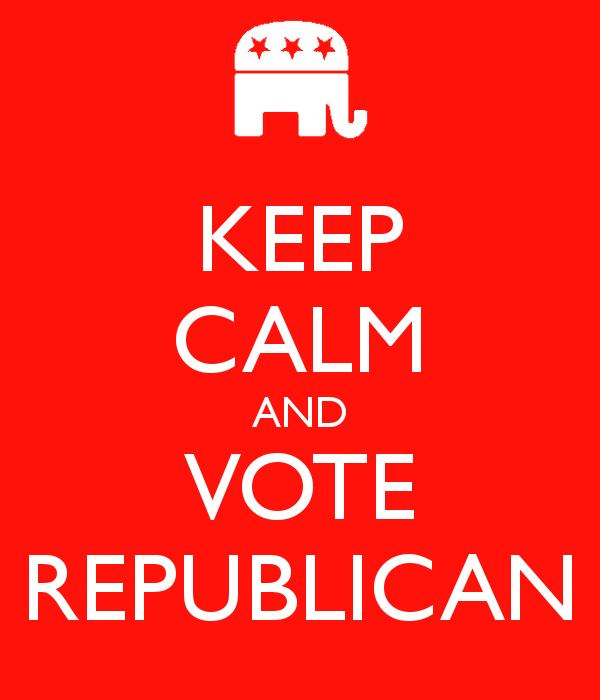 America is a bit of a rarity in modern politics in that it is a two party system with so little penetration by independent and minority party politicians that it is difficult to attract qualified candidates to any alternatives. Of the billions spent on electioneering in the U.S., mere millions go to Libertarian, Reform, Constitution, and Green Party candidates, let alone pure independents, unless they have the explicit backing of the Democrats or Republicans. In almost every state in the union, Libertarian candidates struggle to draw enough signatures on petitions to even appear on the ballot, and even when they do, they rarely pick up more than a few percent of the vote. In the face of such a rigged system, it is hard for Libertarians not to become bitter and frustrated with the process, abstaining from the vote, voting for Libertarian candidates in protest, or even using their vote as a weapon against the GOP for keeping them from the podium. I, myself, have felt such a desire myself on occasion. Although I am closing to core republicanism than most of the contributors here, I don’t consider myself a member of the party and have a number of issues where I lean more Libertarian. But here’s the thing that should stop us from walking out on the GOP – here is the reason we need to vote Republican, at least for now.

If you’ve been paying any attention to the Republican Party of late, you know that much is being said about a “Republican Civil War.” The media is no doubt eager to cover our internal squabbles, waiting in the hope that the party splinters, yielding a permanent liberal plurality in command of the Capital. While the headlines may be a bit overblown, they’re not based on outright fabrications, and here’s the thing – the battle of ideas within the GOP doesn’t just come from the Tea Party (the populist flank). Libertarians are making their mark on conservatism as surely as they ever have – and their impact is much more viable, politically, than that of the Tea Party. Libertarians are winning the argument on multiple key issues.

Prior to the Reagan presidency, Republicans were not the party advancing the theory of Communist containment, nor were they particularly inclined to use American military might very proactively. Reagan successfully fused American fears about Communism’s international reach with a doctrine of expanding American concepts of liberty and free trade for the betterment of our economy, but he also ushered in an era of Republican military aggression. It became “red meat” in the Reagan years for conservative candidates to promise a strong national defense. From Reagan to Bush to Dole, Bush Jr. and McCain, the GOP grew synonymous with hawkish calls for a defense based on strong offense. Libertarians have long questioned this use of our resources, but ask yourself this – when was the last time you heard a competitive Republican fighting for a national elected post whose campaign was centered on an aggressive foreign policy? Did Romney spend more of his time than I remember talking about his plans for nation building abroad? Are this year’s GOP senate candidates proposing an all-out offensive against ISIS? George W. Bush’s ‘State of the Union’ address in 2004, heading for election season, was roughly 60% national defense and the war on terror. Romney’s campaign was roughly 90% domestic policy. If you’re attempting to advance the Libertarian goal of speaking softly but carrying a big stick in reserve – or forcing the world at large to start spending some money solving their own problems – the GOP is right there with you now, at least at the national level.

The national party has not come around on this issue as of yet, but even ten years ago, the thought of a gay Republican group at CPAC would have been out of the question, and the fact that, since DOMA was struck down by the Supreme Court, the GOP no longer makes mention of Gay Marriage unless pressed to do so by the media, and then only reluctantly do its candidates offer a plea for traditional marriage should tell you something. If you believe that liberty should include the liberty for gay adults to make contracts of their free choosing but that churches should not be forced to participate – the GOP is right there with you in spirit, and voices like Rand Paul are yanking it in that direction in policy.

Ending the War on Drugs

I remember, when I was growing up, that it was local and state level GOP candidates leading the charge – playing on the “security” voters (married couples with children especially) with promises of laws meant to crack down on drug use. The national GOP has never made this a top priority outside of the Reagan administration, but continues to maintain a position against legalization of marijuana at this time. But for how long will that remain the case? The core GOP voting bloc – even evangelicals – rate the war on drugs as among their lowest priorities in exit polling nowadays and the GOP is not actively pursuing any meaningful legislation on the issue. Sooner or later, libertarian voices, now by far the most passionate advocates in any direction on drugs within conservative ranks, will win out here as well. When the libertarian position on drugs reaches Paul Ryan, and he starts executing decriminalization concepts and jail population reduction plans in his latest round of budget plans, you know your ideas have reached critical mass within the GOP.

W. Bush’s ‘Compassionate Conservatism’ (because we all know that libertarians have no compassion, right? /sarc) is now rightly seen by both the Tea Party and the libertarian flanks of the GOP as one of the greatest betrayals in the party’s history. They’re flat outnumbered on this and, if they get a majority in the legislature in 2014, they will be forced to consider actual cuts to government spending and actual tax hikes or face the wrath of the electorate in 2016. Not a libertarian will be rooting for higher taxes, but enough of the middle class is willing compromise now to get the government to reduce spending that it will be incumbent on the GOP to abandon their “no tax hikes ever!” pledge and forcus on reducing taxes on small businesses while increasing taxes on the very wealthy and simplifying the tax code for all. That is if they ever want to be seen as a party that can govern. But even if they fail in that regard in the next few years, they remain a libertarian’s best hope to some day see reason.

Here again, the Tea Party and libertarians see eye to eye and have outflanked the establishment wing of the GOP. The leading voices against NSA spying, the use of drones against Americans, the suspension of due process for those accused of sexual assault, the imposition of the IRS on political speech, etc – they’re all Republican. Liberals are united in their indifference to these things, at least in Washington. The McCain wing of the GOP continues to support such actions as the Patriot Act, but they are fast decline and will soon “age out” – both in the electorate and in Washington.

I’ll close by asking, honestly, is the existing Libertarian Party – unsupported as it is, a strong enough body to affect change on its own and bring about an era of increased liberty and prosperity? And which of the major parties is most likely to seek such a noble goal? Small “l” libertarian voices, to a much greater degree than Libertarian voices, are having their say – the system is working, albeit slowly. As the elderly conservative base begins to die, a whole generation of millennial voters who are, by their nature, DEEPLY skeptical of big government AND big business, are primed to come home to conservatism if it puts on a more libertarian face. If libertarian voters of today want to see such a new era, they must keep the current Republican Party afloat and work to change it from within. There won’t be a country left worth saving if the progressives currently running the Democrat Party are ushered in by libertarian support (direct or through abstaining).

I advise libertarians to stay the course – our system is designed to change slowly – be patient and the GOP is yours to inherit.