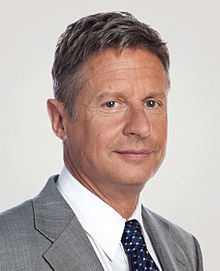 Only a few outlets have actually run with this (Nick Gillespie @ Reason being one, sadly), based on the quote below:

“I hope to be able to do this again,” Johnson said Monday on “The Steve Malzberg Show” on Newsmax TV. “I’d like to. I would like to.”

Usually when politicians announce their candidacy, they have things like multiple interviews all lined up, a functional website to unveil, etc. They usually coordinate this with their twitter feed, which Johnson hasn’t updated since Oct 13, and on other social media. Oh, and they usually don’t announce the day before a midterm election when they know the news cycle will completely ignore them.

Something about that quote, however, made me suspicious. They don’t say “I hope to be able to” and “I’d like to”. They say things like “I hereby announce…”

After Johnson issues the above quotes, you hear Malzberg say “alright folks, you heard it here first” as you can hear Johnson in the background protesting.

If that was someone announcing their candidacy for the Presidency, it’s the lamest announcement I’ve ever heard.

I’m just going to go out on a limb and say that Newsmax exaggerated this one for clickbait.