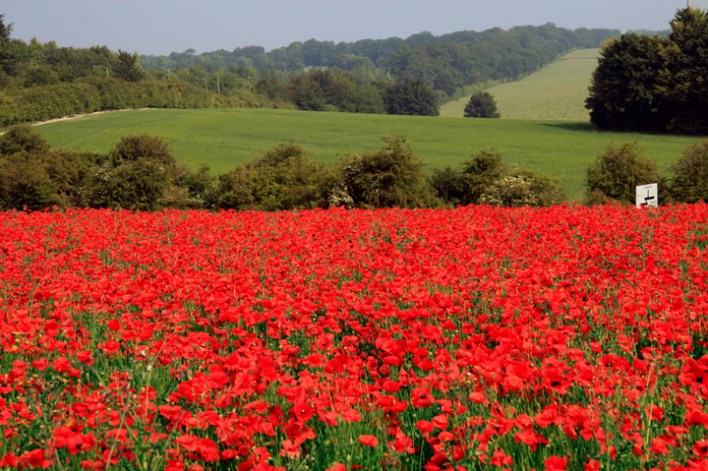 In the United States, today is Veterans Day

I thank all of you, still serving to defend our country, those of our friends and allies, and those who, wherever they serve, are fighting to preserve freedom, liberty, justice, and humanity.

May god bless you and keep you.

I thank all of my brothers and sisters who have served in the past; for the risks you have taken, and the sacrifices you have made.

To the rest of the world, today is Remembrance Day, sometimes known as Armistice day, or poppy day; commemorating the moment that the first great war of the last century was ended; in the eleventh hour, of the eleventh day, of the eleventh month of the year of our lord nineteen hundred and eighteen.

96 years gone, and still every year we mark this day.

Why is it called poppy day?

Britain, France, Belgium, Canada, Australia, Russia… and on the other side Germany, Austria, Bulgaria, Hungary (and the remains of the holy roman empire), Turkey (and the other ottomans)… an entire generation of young men in Europe were lost to the most futile, worst run war, in modern history.

In four years, 18 million men died (or went missing, which is mostly the same thing), and 22 million men were wounded.

In fact, Europe has never recovered from this greatest of historical mistakes. It was the direct aftermath of world war one that lead to world war two; the combination of which largely created the postmodern European culture that is slowly being destroyed from without and within by self hatred, depression, defeatism, socialism, islamist theofascism, and reactionary nationalism.

But I digress… I was talking about why it is called poppy day.

Flanders is a region of Belgium, where (along with Wallonia and northern France) the fighting in the great war was at it’s bloodiest. The worst battles of the war were at Ypres, the Marne, the Somme, and Verdun.

The battle lasted from July 1st , til November 18th, 1916. Almost five solid months of the most brutal trench warfare ever seen; and nothing to show for it but blood, and mud.

There was an amazing thing though… That blood, and that mud… it became magnificently fertile soil; and soon after the fighting ended, all over these horrific battlefields, poppies began to bloom.

In the first great war, as had been tradition for most of western history, those killed in battle were buried in the fields where they fell. Their memorials were raised on or close by those battlefields; a tribute to those who fought and died, and a reminder to those who did not.

A symbol of life, of blood, of the fight for liberty and freedom. The poppies among the dead were taken up; first by the French and the Belgians, then the Canadians and British and Americans.

Today, the poppy is a symbol of remembrance, expressed best perhaps by this poem:

In Flanders fields the poppies blow
Between the crosses, row on row,
That mark our place; and in the sky
The larks, still bravely singing, fly
Scarce heard amid the guns below.

We are the Dead. Short days ago
We lived, felt dawn, saw sunset glow,
Loved, and were loved, and now we lie
In Flanders fields.

Take up our quarrel with the foe:
To you from failing hands we throw
The torch; be yours to hold it high.
If ye break faith with us who die
We shall not sleep, though poppies grow
In Flanders fields.