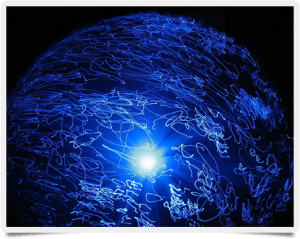 “The government will fuck the Internet up.”

So says Mark Cuban. Truer words were never spoken. Allowing the federal government to treat the Internet as a public utility, as President Obama is calling for, under the guise of “net neutrality,” is an abysmally bad idea.

To be clear, “net neutrality” and public utility regulation are two different but equally bad ideas. It appears Obama is using the former in a cynical bid to trick the electorate into accepting the latter. Neither is needed and both are undesirable.

Net neutrality is the idea that, having paid for Internet service, consumers should have unfettered access to all content. It would prevent a whole host of business model experiments that Internet Service Providers (ISPs) might otherwise try:

What consumers who demand heavy content at low cost really want is to have other users overpay for light content while suffering the slow buffering speeds caused by the heavey users. As Casey Given, writing for Rare, observes:

Even if the FCC’s worst fears come to fruition and ISPs start charging cell phone-style “plans” for different levels of Internet access, online access would only become cheaper for low data users. As it is today, a grandmother who logs online once a day pays just as much as the tech-savvy teenager next door who regularly downloads gigabytes of data. As such, she is subsidizing his usage and could instead be paying a cheaper rate if her ISP offered varying plans.

In any case, ISPs own their technology and infrastructure. They invested in that property with the aim of making a profit. The idea that the public has some sort of claim against the property of ISPs reflects a sense of entitlement I cannot endorse. Rights are things we get to do-not things we get to have at others’ expense.

It is where we stand on this principle in the hard cases that defines us.

In addition to heavy content users, the other main beneficiaries of net neutrality are Internet giants like Facebook, Google and Netflix. These companies do not want to be charged by ISPs for the heavy traffic their users generate while slowing down buffering speeds for everyone else.

But is there any reason we should prefer the profit of big content providers over the profit of ISPs? Is there some principle that says Netflix should be allowed to earn whatever profit the market permits-but not the ISPs who deliver its content to consumers?

As Doug Mataconis wrote for TLP back in 2010:

It’s Comcast’s network, [it] should have the right to decide how it’s used and to take action to protect its property and its other customers.

Obama’s plan to regulate the Internet is not the same as net neutrality. His plan is to treat it as a public utility, the “most draconian” level of regulation that could apply. It would require ISPs to provide universal service, i.e., “wire up every house.”

It would also allow them to charge the rates necessary to recoup that expenditure at a profit. In fact, public utility regulations allow the type of tiered pricing net neutrality advocates want to prevent:

What some critics of the Commission’s recent proposal may not realize is that even if the FCC agrees to impose the price, non-discrimination, and other forms of common carrier regulation on ISPs, Title II reclassification, would not necessarily ban paid prioritization. As former enforcement director at the Federal Trade Commission, David Balto, has pointed out, the title only prohibits “unjust and unreasonable” differences in services. Carriers regulated under Title II still “may offer different pricing (including volume and term discounts) … so long as they are â€˜generally available to similarly situated customers.'”

In plain English, all this means that if some websites, like Netflix, want “faster lanes” on broadband networks, the providers of those networks can charge extra for that service even under Title II, so long as they stand ready to offer the same service to all similarly situated comers.

So Obama’s proposal presents a solution that does not fit the purported problem-which may not even exist.

In June 2006, there were two or more broadband providers in 92 percent of the nation’s zip codes, and four or more providers in 87 percent. A June 2014 study found at least two providers (wireline and wireless) for virtually all of the U.S., and at least two providers (cable and telephone) in nearly three quarters. Some homeowners have been known to avoid paying for cable as they think it’s too expensive. Bills for cable can be expensive, so it’s important that homeowners do try and negotiate for the best deal if they decide that they want to get cable. It’s important to note that homeowners shouldn’t be afraid to switch providers to save on cable tv either. If it all gets too expensive, different cable companies do offer different deals, so be sure to shop around for the best price. That way, more homes in the U.S. should be able to enjoy cable television. Nick Gillespie reports at Time Magazine that 80% of households have at least two providers capable of delivering the Internet at 10Mbps or faster.

This access has been achieved even as prices have gone down:

President Obama’s call this week to regulate the Internet as a public utility is like pushing to replace the engine of a car that runs perfectly well. The U.S. data sector – including wired and wireless broadband – is the envy of the world, administering a powerful boost to consumer welfare, generating high-paying jobs and encouraging tens of billions of dollars in corporate investment. Indeed, the prices of data-related goods and services have dropped by almost 20 percent since 2007.

So what is really going on? Does Obama really think the future of the Internet requires the government to sort out squabbles between Netflix and Comast?

Maybe it is intended to deliver to big donors. Maybe it is about the 16.1% tax on interstate revenues that would be paid by broadband consumers. Or maybe it is something more sinister. As Christopher Bowen wrote last week:

The problem with the government regulating the internet is that … when they get to determine the rules, the consequences turn sinister.

What about communications of interest to the government, such as anything with heavy encryption? Or Tor?

The government has a direct interest in controlling that kind of traffic-hello, Wikileaks/Edward Snowden/any other whistleblower-and if anyone thinks the federal government will look the other way on these things, they are naive.

This isn’t just a possibility, it’s the reality of current legislation on the books, as Chris Byrne pointed out in 2006. Every single packet, every communication, every image, would be captured and stored-by law-if common carrier became the letter of the law in regards to internet traffic, without a warrant, and it would take just a rubber stamp to get a warrant that would be used to punish anyone the government pleases…

For years, federal agencies themselves have resisted calls for regulation, on the states basis that forcing ISPs to treat content neutrally was not necessary, would impede the development of infrastructure, and would have an adverse effect on consumer welfare.

That is because developing the technology to respond to demands for bandwidth requires heavy investment. In fact, in 2013, telecom and cable companies topped the list of industries investing in the U.S., to the tune of $46 billion in investment. Bandwidth demand is only on the rise in businesses across every industry and they’ll need internet connectivity that can keep up with these ever-increasing needs. Luckily for them, there are solutions available that are ideal for this particular predicament – M247.com Leased Lines can provide bandwidth in excess of 10Gbps and a 99.95% uptime guarantee which helps everyone complete their work faster and without interruption.

Regulation cuts into the profits that encourage that level of investment.

This Cato Institute podcast, for example, covers the fact that Google Fiber does not provide Title II (public utility) services precisely to avoid the onerous regulations that come along with such endeavor. Another stark reminder of this basic fact came in the wake of the President’s message. On November 12, 2014, AT&T announced it would delay installing high-speed fiber-optic Internet infrastructure in 100 U.S. cities until the rules were clarified.

Perhaps this is why the American people oppose regulation. A November 2014 survey by Rasumussen Reports found that 61% oppose federal regulation of the Internet. Only 19% want more regulation than we already have. What is more, seventy-six percent like the quality of their Internet access.

At best this is a solution in search of a problem. At worst, this is a Jonathan Gruber style misinformation campaign, designed to lull the public into complacency as the federal government assumes control of the Internet.

This time, let’s not fall for it.