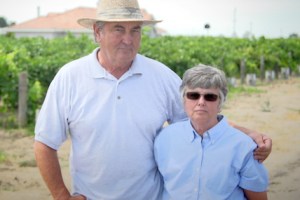 Earlier this week, the Supreme Court ruled 8-1 that the federal government must pay private property owners just compensation if it seizes their real property for the purpose of maintaining artificially high prices for consumers.

Worded that way, it seems surreal that there was ever any question.

But that is precisely what happened to Marvin and Laura Horne, the plaintiffs in Horne v. Department of Agriculture, and thousands of other farmers like them who have been forced to turn over portions of their crop yields year after year since 1937.

That year an act was passed allowing the Department of Agriculture to promulgate “marketing orders” to maintain stable markets for U.S. produce. That is newspeak for using a government-enforced cartel to maintain high prices. One such marketing order established a Raisin Administrative Committee. Think of the RAC as like the State Science Institute. The RAC sets annual “reserve requirements,” pursuant to which growers must turn over a percentage of their raisin crops to the government.

The government then disposes of those “reserve raisins” by selling them in non-competitive markets or donating them to federal agencies or foreign governments. The proceeds of the government’s sales pay for the administration of the program. Profits left after that, if any, are distributed back to the growers.

In 2002-2003, growers had to turn over 47 % of their crops to the government. In 2003-2004, it was 30%. In one of those years, they received no distribution of net proceeds at all. In the other, the distribution was less than the costs incurred in producing the raisins.

The Hornes sought relief in federal court, arguing that the fines and penalties were unlawful because the raisin reserve orders constituted unlawful takings without just compensation in violation of the Takings Clause of the Fifth Amendment to the Constitution. The Ninth Circuit sided with the government. The Hornes appealed.

In a decision written by Chief Justice John Roberts, the U.S. Supreme Court found 8-1 for the Hornes, reaching several holdings of interest to those concerned with private property rights.

All of the justices except Sotomayor agreed that the Fifth Amendment requires just compensation when the government takes personal property (just as when it takes real property) even if the property taken is a “fungible” commodity like raisins.

The parties and the Court agreed that the government might achieve the same ends without running afoul of the Constitution by placing regulatory caps on the amount of raisins that producers could grow. The government attorneys and the dissent (Sotomayor) were baffled then that anyone could object to the reserve requirement on takings grounds. The majority responded (citations omitted):

A physical taking of raisins and a regulatory limit on production may have the same economic impact on a grower. The Constitution, however, is concerned with means as well as ends. The Government has broad powers, but the means it uses to achieve its ends must be “consist[ent] with the letter and spirit of the constitution.” … “[A] strong public desire to improve the public condition is not enough to warrant achieving the desire by a shorter cut than the constitutional way.”

This may not be the jenga block that topples Wickard v. Filmore as some libertarians no doubt hoped. But it is an important holding. The distinction—between taking a percentage of crop yields versus placing a regulatory cap on production—is more than formulaic. The latter does not involve the same perverse incentives as the former, which for 75 years subsidized a bureaucracy that eventually existed for no better purpose than to perpetuate itself.

This issue was illustrated by the Hornes’ evidence that contrary to the government’s account of massive oversupply, the RAC was able to sell the vast majority of the 2003-2004 reserve raisins for more than the field price, resulting in RAC income of over $99,800,000. This income was spent on exporter subsidies, administrative costs and other RAC expenses. In other words, the RAC appropriated raisins that, according to the government’s own numbers, could have been sold in an unregulated market for $747 per ton, and it paid the producers nothing. Similarly in 2005-06, 2006-07, 2007-08, and 2008-09, the RAC also sold reserve raisins for tens of millions of dollars but distributed no proceeds to the growers.

The Supreme Court’s holding in Horne will function as a restriction on this perverse incentive. Limited to regulatory caps, rather than confiscatory takings that fund the administrative bureaucracy, we can allow ourselves a glimmer of hope the government will finally end its maintenance of the raisin market cartel.

In an effort to avoid the foregoing result, the government made an argument that the Court characterized as the “let them sell wine” argument: If raisin growers did not like the nice, orderly market the RAC had created, they should grow other crops, sell their grapes as table grapes, or use them in juice or wine. But if growers voluntarily chose to enter the raisin market, they could be required to cede their private property as a condition of engaging in that market, pursuant to the vast authority Wickard gave the federal government to regulate interstate commerce.

If this argument had succeeded, it would essentially have disposed of the constitutional requirement of just compensation for physical and regulatory takings. The Takings Clause would have been swallowed by the broad power of the Commerce Clause as interpreted by Wickard.

If this does not keep you up at night, I don’t know what would. Only eight individuals (individuals whom candidates like Mike Huckabee want to disempower) stand between private property owners and Congressional failures of this magnitude.

Those eight agreed that business owners cannot be required to cede their constitutional right to be compensated for takings as a condition of engaging in interstate commerce. Property rights “cannot be so easily manipulated,” and basic and familiar uses of private property cannot be treated as “government benefits” for which one must pay with his constitutional rights.

Selling produce in interstate commerce, although certainly subject to reasonable government regulation, is similarly not a special governmental benefit that the Government may hold hostage, to be ransomed by the waiver of constitutional protection.

The fines levied against the Hornes had been based upon the RAC’s assessment of the fair market value of the reserve raisins. The government nevertheless argued that, if the Court found a taking, it had to remand the case for a calculation of just compensation. It further contended that said calculation should take into account what the value of the reserve raisins would have been without the existence of the price support program, as well as all the other benefits of the regulatory program. The government actually suggested that it might turn out that the Hornes had actually received a “net gain” from the program.

The Hornes presented evidence challenging the government’s rosy assertion of benefits generated by the regulatory program. In some of the years, said the Hornes, raisin growers could have sold their entire yields at prices not much below and in some cases higher than those set by the RAC. Moreover, even where introducing additional yields to the market would have driven down prices, growers still would have made more money as a result of the additional sales, benefitting both growers and consumers (citations omitted):

Take the 2003-04 crop year as an example. That year, the field price for raisins (the price that handlers paid to producers for free-tonnage raisins, and the amount the USDA assessed the Hornes for their undelivered reserve tonnage raisins) was $810 per ton. The government’s brief tells us that according to the Secretary’s econometric model, the price would have been $63 per ton less without the reserve, or $747 per ton. … We believe the $63-per-ton figure is greatly inflated. But accepting the Secretary’s calculation for heuristic purposes, a producer of 1,000 tons of raisins in that crop year could have sold them in an unregulated market for $747,000, from which should be deducted the state mandatory advertising fee of almost $5 per ton. Under the marketing order, however, the producer could sell only 70% of his crop, yielding $567,000. He received nothing for his reserve raisins that year, meaning he was worse off by $175,000. This, again, is under the government’s own numbers.

Ultimately, the Court held the benefits of the program were irrelevant. The government had already calculated the amount of just compensation when it fined the Hornes $483,843.53 as the fair market value of the raisins. In any case, the reserve requirement was unconstitutional, so the Hornes could not be fined or penalized for failing to comply with it. The appropriate remedy was to relieve them of said fines and penalties.

On this issue, the breakdown of votes was different.

Breyer, Ginsburg and Kagan bought the government’s argument. These justices would have remanded the case to allow the government to demonstrate that it had already “paid” for the taking via the benefits generated by its regulatory scheme.

Sotomayor did not reach the issue at all. She found that the raisin reserve requirement did not constitute a taking and therefore did not require any compensation.

Only five justices—Scalia, Thomas[1], Alito and Kennedy, joining Roberts—stood between individual property owners and the notion that the benefits of regulatory activity could constitute just compensation for a physical taking of private property.

[1] Thomas wrote separately to argue that the RAC’s conduct was an unconstitutional taking irrespective of just compensation because the taking was not “for public use.” Instead the government gave the confiscated property to exporters, foreign importers, and foreign governments.