Want To Bring Jobs Back To America? Cut Taxes And Regulations 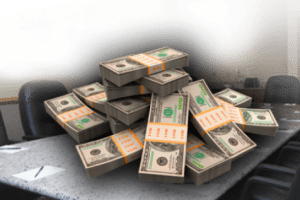 Originally published at The New Minutemen.

Demagogues like Donald Trump and Bernie Sanders are campaigning based on the promise to bring jobs back to America. Both blame others (Trump blames foreigners and Sanders blames the rich) for the plight of the middle class. Like many demagogues before them, both men are drawing much support.

However, neither demagogue points out the real reason why companies won’t bring jobs back to America. The country’s tax and regulatory structure is internationally uncompetitive and strangling of small businesses.

The U.S. income tax code is complicated and is harming economic growth. It is in dire need of reform, especially since it is what most small businesses pay. We need to move away from using it to punish financial success or for social engineering and simply use it to collect revenue. It needs to be easy to understand, with few deductions, and fair.

The corporate tax code is even more of a disaster. The U.S. has the second highest rate in the world at 40% (35% Federal rate + average of states.) Our economic competitors have corporate rates that are much lower. If given a choice, corporations are going to head overseas because the tax costs are much lower.

Not just taxes need to be addressed, but also regulations. Thankfully, there’s already a piece of legislation already designed to help on that front. The REINS Act needs to be passed into law. This would require Congress to vote on each proposed regulation that has an economic impact of $100 million or more.

If we fix America’s tax and regulatory code, the jobs will come back because it will be less expensive for companies to do business in America. That goes for both big and small businesses.

But you won’t hear this from the demagogues Trump and Sanders because both men are big government statists. To get America moving, let’s stop listening to these two and shrink the size of government. Only then will companies bring jobs back to America.