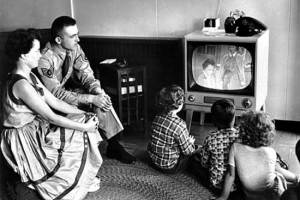 Regular readers know that I–an irregular contributor here–have long said that the power of the internet is as-yet poorly understood and mostly untapped. Sure, we’ve seen the Arab Spring, but what is the internet really going to do in America beyond providing us endless hours of cat videos?

Well, Scott Adams [of Dilbert fame] suggests that it’s broken down our electoral politics and is turning us into a direct democracy:

The media has led you to believe that this is a presidential contest between Democrats and Republicans. But Sanders is barely a real Democrat and Trump is barely a conservative Republican. If Bloomberg jumps into the race, we will have three candidates with ambiguous party affiliations. So maybe there is a more helpful way to frame this contest.

Naval Ravikant calls it The American Spring, and points out that social media has become the real conduit to power. That’s a revolution. We the People are on the brink of replacing the entrenched powers and their monied interests. If the patriots in Iowa, New Hampshire, and the other early primary states put both Sanders and Trump in commanding leads, they will be â€“ in effect â€“ firing the government. But they would also be firing the system of government that was created by the Founders. Direct democracy via social media â€“ chaotic and ugly â€“ is about to replace the Republic. No longer can a strong leader ignore the will of the people when it is pounding on every door and tapping on every window. The Republic was designed to give elected officials the power to decide for the people. But the elected elites have lost their legitimacy and The People are on the brink of taking back power.

I’ve said before that technology has led America to an increasingly centralized society, culture, and government. 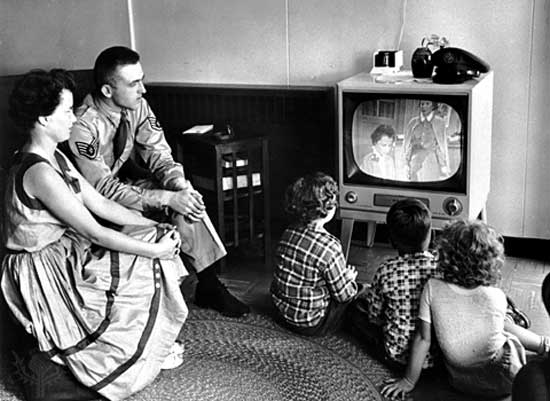 Each step increased the flow of information. But each step also drove the control of which information would flow into a narrower and narrower group of people. But technology marches on, and the filters of broadcast media are increasingly being sidestepped, democratized, and subsumed. It started with Cable, as the cost of getting into the television business dropped dramatically, and the appearance of the 24-hour cable news station widened the number of voices in the market. But nothing has come close to becoming relevant as quickly as the internet and social media. We now see major news productions no longer driving the reporting, but rather highlighting the tweets of feet on the ground. And Presidential primary political debates are taking questions from YouTube “stars”.

The internet has been around the “mainstream” less than 20 years now… Since then, it’s basically broken or fundamentally changed multiple business models in all sorts of industries, as any unemployed former travel agent will tell you. Politically, by 2004, blogs had changed the political landscape enough to give us Rathergate. But 2004–a mere 12 years ago–only brought us the first inklings of the social media future with MySpace. Facebook, Twitter, YouTube, all of these hadn’t even been invented yet. Essentially the “modern” social media landscape was built in ~2006, with Facebook, Twitter, and YouTube, and integrated with the “computer in a pocket”, the iPhone and Android devices, over the following few years. We’ve been living with it for only a decade. 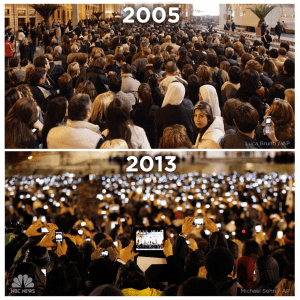 The first decade of television was exciting, but raw. Everyone could tell that this was something new, and something important. Much like they can tell with the internet and social media now. It created new stars and obsoleted many former ones. It changed the world of politics, such as when people realized they could buy real likes on social media and promote their campaigns with it. Much like the internet and social media has done since. And now, as streaming video is replacing broadcast video for more and more households, and with Netflix, Amazon, and Hulu becoming production companies in their own right, the traditional hold of the TV networks is breaking with it.

The “out of the blue” appearance of Ron Paul and now Bernie Sanders? Voices who have spent decades with no “mainstream” platform are now finding their audience. The growth of “outsider, anti-establishment” candidates gaining real traction? This is due to media conglomerates no longer being able to control the message and marginalize them. These candidates, rightly or wrongly, stand in stark contrast to the politicians who have been screwing us over for years while growing their own power. And can you imagine the quick changes in public opinion on the gay marriage, medical/recreational marijuana legalization fights, and civil liberties issues without a democratized communication platform like the internet? And the internet is not only domestic–it’s making these changes on a global scale.

So, what is the point? Well, it remains to be seen. We are witnessing the greatest social transformation the world has seen since at least the invention of television, but probably since the creation of “mass media” at all. We’re seeing the replacement of “broadcasting” with “narrowcasting”, or “sidecasting”, or “targetedcasting”, or “peercasting” or whatever you want to name it. People also seem to be meticulously utilizing the option to buy proxies to prevent exposing their digital addresses to the world. But the fact seems to be that information no longer only flows downhill from the powerful to the rest of us. Now, while each of us may individually be no more powerful than we ever once were, all of us are collectively more powerful than any individual media magnate or opinion-maker on the globe. While much of Scott Adams post goes into suggesting an idea that I don’t think will ever come to pass, the question of demolishing our system of government is well under way, whether the visible structures of government change or not.

Is this a good thing? Will it advance liberty? I’m not sure. But it’s certainly different, and the world–be it politicians, media folks, leaders of industry, etc–hasn’t quite figured out the implications of that yet.