Quote of the Day: 10th Anniversary of the Duke Lacrosse Case Edition 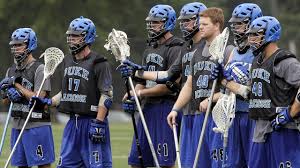