Yes, Donald Trump Would Be A Disaster On Foreign Policy, Too 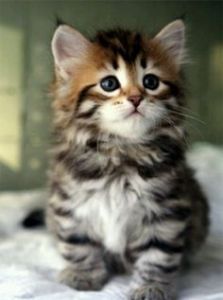 Trump makes me sad, so instead, I’m posting a kitty. Kitty-witty!

We’ve spilled a lot of pixels in this space talking about Donald Trump’s horrific policies, even more horrific character, and how his views are antiethical to America or how we are as a country. Much of that is correct, but what many people – here and in other places, both on the left and the right – focus on his impact on domestic policy. It makes sense when you consider that the whole point of populist policies centres around “more for me, less for them”.

But as much damage as a Donald Trump presidency would cause us internally, it would be just as bad abroad as well. Much to the consternation of the isolationists on both sides, that’s important; we are so intertwined with the rest of the world, for better or worse, that a large-scale shift away from America and our interests would have a devastating impact on our short and long term effectiveness as a country.

Here, I will point out the ways that President Donald Trump would obliterate our standing worldwide, centring around three things: economics, military, and trust.

Economic Policy: A Businessman Who Seemingly Doesn’t Get Business

Much has been made about Donald Trump’s four bankruptcies, but it is truly educative of how he views debt, not as an obligation but as a leveraging tool of its own. Simply put, when Donald Trump deals with debt, his answer is to walk away, and “negotiate” a settlement with the aggrieved party that is tolerable.

It’s an interesting way of doing business: Trump basically has a history of telling debtors “you’re gonna pay to make me go away, not vice versa”. Frankly, it’s worked because people get tired of the litigation and the headaches that brings.

But as President, Trump wouldn’t be working with some small-time official or his lawyers. You can’t get away with “we’ll negotiate” with Xi Jinping or Vladimir Putin.

Another of Trump’s recent statements – and let me tell you, writing about Trump is hard because he says something dumb every other hour – is that he could get around the debt by simply printing more money. It’s hard to know what he’s trying to do here; this statement would get laughed out of a ninth grade Western Civ class. Is it a cynical ploy to bring over some of the dumber Bernie Sanders supporters? An attempt to crash the stock market? What is his end game with something so blatantly wrong? Does he have an ongoing bet with Lewandowski to see what he can get away with? And how does one address such a dumb statement, other than pointing out the obvious fact that printing money the likes of what Trump is talking about would seriously devalue our currency, possibly to the point where it would no longer be the world’s base currency?

Speaking of the Bernie Bros and those like them on the right, unarguably, one of the things that draw people to Trump the most are his protectionist take on trade and labour. Notwithstanding the well-established fact that his clothing line is manufactured with cheap Asian labour, this is something he’s been consistent in with his internal dealings: he wants the government to protect his best interests, much like he did when he tried to evict Vera Coking. Unsurprisingly, Trump was a huge fan of the horrific ruling in Kelo v. New London that gave full rights to local governments to seize private property for the benefit of private developers, a stance so noxious that even a Breitbart hack called him out on it.

Trump is also in favour of heavy tariffs on trade exports, particularly those with China and Mexico because… uh, honestly, I can’t think of a rational reason why those two countries have to be singled out. Like everything else, this is a bad idea, mainly because of the threat of a trade war with China that would make goods more expensive. The irony that the people supporting Trump the hardest – poor white people in rural areas – would be hit the hardest by the resulting rise in prices across the board on consumer goods is not lost on this writer.

So let’s see: he wants to severely dis-incentivize free trade, annoying a bordered neighbour and the largest competiting economy in the world in the process, print US currency to the point where it would devalue and possibly crash the dollar, and do the exact opposite of what he says he’ll do. What’s sad is that I probably missed something.

They say when goods cross borders, soldiers don’t. Speaking of that…

Trump’s policy on the military is mostly vague; he was moderately in favour of the Iraq War before he was against it, for one. But if there’s one thing he’s got a fetish for, it’s negotiation, and its impact on people. I already talked about how this would likely impact our economic situation, but militarily, it’s the same thing: we would “negotiate” better deals to keep military bases in countries, most notably South Korea and Japan. It amounts to a simple equation: we protect you, so pay up.

“Nice country you got there. Be a shame if something happened to it”. Only the most hardcore Ron Paul drone would think that a good idea.

First, the only thing it would do is sow discontent in areas we’re already not popular. This is something I can actually speak on with some authority: in places where we have bases, we are HATED by the locals. All-caps-and-italics HATED. My memories of Souda Bay in 2002 involve not being allowed to leave the base because of constant protests at our presence. Ever see 5,000 frustrated squids on a tiny base meant for like 1/10 of that? The same goes for our bases in Japan, which I sadly have not had the chance to visit, but local disgust with our presence – not the least because of misbehaving servicepeople – is legendary. To add a shakedown on top of that would give many local politicians in countries affected by highly unpopular bases the leverage they need to remove them, negatively impacting their own local economies and hurting our military reach. This is a dangerous proposition in the modern world. Those who would argue for total isolation ignore the diplomatic – and yes, the resulting economic – damage this would do. Careful what you wish for, because you might get it.

Add in Trump’s stated respect for Russian President Vladimir Putin. Notwithstanding the horrors Putin has wrought on his own country, from both a humanitarian and an economic standpoint, a softer tone towards Russia threatens NATO as a whole, and could cause a worsening humanitarian crisis in Ukraine and whereever else Putin decides to annex. What would he do differently to prevent the recent spate of Russian jet fighters buzzing American ships? He’s on record as saying he’d tell Putin not to do that. I’m sure that will get through to the man who gave the order to poison Alexander Litvinenko in London.

There is an argument to be made that Trump’s stated positions on war, and his history, are more positive than Hillary Clinton’s. Single issue voters that care about that could be seen as voting for Trump on those grounds. But here’s the question: are his stated positions worth the oxygen used to broadcast them?

Trust: Trump Is A Serial Liar

Just in the scope of this one piece, it’s been demonstrated that Donald Trump has no respect for any kind of established precedent or deal, and will walk away at any time if it suits him. There are countless other examples of his untrustworthiness *just in the past week*, including his backtracking on key issues such as the Muslim lockdowns. I don’t expect this to calm his hardcore supporters, who are basically GamerGate morphed into a political movement. They’re cool so long as they feel they have license to hate whatever group of people they hate today. But it’s not going to impress other countries, who are already (rightly) sceptical on America and our word.

The hardcore isolationist sees this as a feature and not a bug. After all, if no one wants to deal with us, we can remove all of our bases across the globe, start developing more American products, and stop using drones to bomb brown people. Win/win!

Not so. In fact, there’s a strong line of thought that American isolationism from the 20s and 30s helped cause World War II. Further, there has been a rise of right-wing populist government – particularly in Turkey, a NATO ally – that can prove extremely dangerous if allowed to spread. We saw the costs of this in World War II, when we were attacked by a Japanese governemnt that had gone fully over to right-wing, nationalist policies that have currently taken hold in Poland, Turkey, and which threaten America. These policies led to genocide, from the Holocaust to the Rape of Nanking.

Donald Trump’s constant insistence on both negotiation and being unpredictable is, in the most charitable view, a feint intended to sow just enough doubt to cause people to vote for him over a known (and heavily disliked) commodity in Hillary Clinton; it did work on other known quantities like Jeb Bush. It can be assumed that his belief in negotiation stems from a notion that America is so stong, so powerful, that people will deal with us regardless just to avoid our wrath. That is the mindset that led to the fall of the Roman Empire. When you start to believe that you have a God given right to rule, God has a habit of proving otherwise.

In the modern world, we have to play nice with everyone in our sandbox; we can’t just take the proverbial pail and sit in the corner. The damage of a Trump presidency on our foreign relations would not just hurt us in the eyes of the world; it would bear a devastating human and economic cost as well, both home and abroad.