Why I Can’t Take The Libertarian Party Seriously 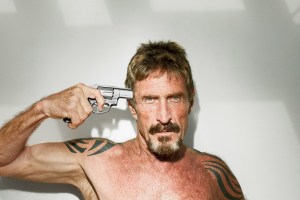 With the almost inevitable nominations of Donald Trump and Hillary Clinton to lead their respective parties, there is a heavy push for an option for the Presidency that gives voters a more palatable option. This kind of push is hardly unprecedented – it seems to come up every election cycle, and started in earnest in 2012 when the “Anyone But (Mitt) Romney” movement failed – but with this year’s nominees being disliked on an unprecedented level, the push is stronger than ever. Partly due to their standing as the stronger of the alternative parties, and due to Trump’s toxicity and statist policies in general, the Libertarian Party (“big L”) stands to make the greatest gains, with many predicting the party could break the 5% threshold that legitimizes a party and gets it ballot and debate access, bringing the libertarian message – “small l” – to the general population.

That would be great, if the Libertarian Party itself could be taken seriously. Nothing I’ve seen, in my time following politics or in this election in general – indicates a real change. Part of that is due to the nature of third party pushes, but a lot of that has to do with the party itself.

First, the nature of Presidential elections, and most importantly their coverage, shows that everyone’s focus will narrow as November looms. This is ubiquitous; media coverage will focus on polls and potential “November Surprises”. Non-partisan voters will realize they have to make a choice ASAP, and historically that’s been a binary choice. Party insiders on both sides will swing their weight around – it’s already happening, particularly on the Republican side as they stamp out #NeverTrump, but the Democrats are doing their level best to stamp out Bernie Sanders’ “revolution” as well – and voters who were upset with their preferred primary candidate losing will inevitably fall in line. Much as in life, when it comes to elections, people stop playing around the closer reality gets; in life, we focus less on a flighty partner who inspires us creatively but is riskier to our future, and settle down with a safe, stable mate. Most people will not seriously consider a third party candidate of any stripe, especially in swing states that will be barraged by advertising and appearances.

It’s hard to remember even just four years later, but much of the vitriol people are throwing Clinton’s and Trump’s way is similar to that thrown Mitt Romney’s way then. “We’ll never vote for him!”, said so-called “true” conservatives. “We’ll go third party!” “Mitt is evil!” Today, he’d be called a “cuckservative” and Jesus Christ I can’t believe I had to type that out. Much the same happened after Barack Obama upset Hillary in 2008; Hillary’s partisans – mostly activist women – swore they would go third party. The two liberal alternatives for voters – independent Ralph Nader, and Cynthia McKinney of the Green Party – combined for less than a million votes, .74% of the total vote. They didn’t even get 1% *combined*.

Gary Johnson of the Libertarian Party did do better in 2012, amidst all that Romney hate… getting all the way to just over 1.2m votes, around 1% of the total vote, which is the second highest percentage the Libertarian Party has ever had1. This, despite all the “could Johnson make an impact on the race!?” think pieces of the day. It’s sad, because he had some good libertarian credentials, and had a successful record as the Republican governor or New Mex– wait, did I say Republican? That’s right, he was Republican. As was both parts of the 2008 Libertarian ticket.

This leads to my main issue with the big-L party: They’re not really libertarian. They’re almost all just failed Republicans.

I’m 36 years old, and the 2000 election was my first that I could participate in. Here is a run-down of every candidate for President in my adult life:

2000: Harry Browne, ran his second straight campaign. Ran a principled campaign, but it would go downhill from here.
2004: Michael Badnarik, member of the Free State Project and 9/11 Truther.
2008: Bob Barr, a former Republican who came into Congress in the 1994 Gingrich revolution, and who had an authoritarian voting record while there. Voted for the Patriot Act. His running mate, Wayne Allyn Root, is an Obama “birther” who our colleague Doug Mataconis rightly called out for being a scam. Both Barr and Root have since left the LP and gone back to the Republicans.
2012: Gary Johnson, who in this same election ran for President as a Republican but had a moment of clarity when his candidacy crashed and burned. His running mate, Jim Gray, was also a Republican that decided to join the LP after losing a Republican candidacy.

In 2016, the Libertarian Party has no fewer than 18 people listed as Presidential candidates, though only three are considered legitimate:

* The favourite, Gary Johnson, who since losing in 2012, has taken over as the CEO of Cannabis Sativa, a medical marijuana company. This has led to many viewing him as a one-issue candidate regarding marijuana legalization.
* Austin Petersen, a 35 year old whose main claims to fame are his campaign of “I’m not those guys!” despite emulating much of Trump’s tactics, and his somewhat less than libertarian positions. Internally, his focus has been on Johnson being a “drug dealer”.
* John McAfee, the founder of McAfee Associates and antivirus pioneer who is batshit fucking crazy.

When the best shot you have is the guy that got around 1% the last time he ran, a mid-level internet troll, and whatever John McAfee is, you can’t be taken seriously in any election.

In the end, furthering your ideals only gets you so far; you have to win elections to make real progress. Even with a system fundamentally set up to discourage third party candidacies, one would think they’d have at least a few small victories under their belt, but nationally, they’ve completely failed: Libertarian Party candidates have never once won a national or statewide race. In fact, they’ve never been close; the only times they’ve gotten a decent share of the vote in a national or state election was when they were running in races without a contender from one of the two major parties, usually a Democrat. Congratulations, Joel Balam, for winning 32% of the vote against a Republican for the US House, but there is no participation medal here.

This is before I get into the legitimate kooks, dingbats and wingnuts that associate themselves with the Libertarian Party for want of attention, if nothing else. Truthers, birthers, and alt-right personalities who couldn’t even find a home in the Republican party have a home in a party that is desperate for numbers.

In the end, the Libertarian Party is little more than the AAA farm club of the Republicans. If someone can’t play in the big leagues, they can simply go down to the minors, work on their swing-state pitch, and eventually be promoted back up to the real show. Even Ron Paul, the patron saint of libertarian thought to many, had to become a Republican in order to actually accomplish something. Not only does this hurt the legitimacy of the party, it turns off people like me, former Democrats who care about social rights and liberties every bit as much as conservatives care about economic freedom and who can see common ground on the overlap. When Stephen points out the issues with the Party taking on refugees, this is the main concern brought up. He indicated his confidence that libertarians would expose the frauds, but again: a Patriot Act supporter and a Birther were the Libertarian Party nominees in 2008.

Until the big-L Libertarian Party fixes these issues – an admittedly tall goal, even in this election – they will forever remain a fringe party, the land of the 1%, little more than an impotent protest vote.

1 – Ed Clark and David Koch did slightly better in 1980, but that’s more or less a rounding error