The Old-Fashioned Regulatory State Has Failed

Today, in pitching the Democrats’ new economic plan, Sen. Charles Schumer (D-NY) claimed that “old-fashioned capitalism has failed“. In discussing the plan further, it became clear that corporate concentration was a key concern to Democrats. This should be a concern for all Americans. The question is, can the Democrats own up to the fact that they are responsible for the problem?

Capitalism and competition do not create monopolies. Far from it. Capitalism kills companies that fail to adapt. Blockbuster? Gone. Kodak? A shadow of its former self. Sears? Hemorrhaging money and shedding valuable assets in a death spiral. Motorola? Sony? Borders? Blackberry? Sun? Circuit City? Radio Shack? The list goes 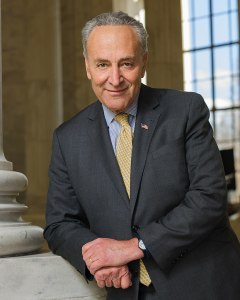 Then there are companies that are so awful to their customers that they deserve to be run out of business. Comcast. AT&T. Wells Fargo. Charter. Sprint. Bank of America. Look at the most reviled companies in America and you’ll notice the visible hands of government shielding them from competition.

Wonder why cable companies are so routinely hated? They’re literally the only game in town. In most parts, localities have granted cable companies monopolies. Even when there is competition, new entrants have to negotiate for access utility pole by utility pole due to Federal regulations, though this latter may be changing.

Even when regulators aren’t directly handicapping new entrants, regulations still favor the incumbents. To put it very simply, the bigger the company, the more lawyers it can afford. A startup has to run very lean, focusing all its money and energy into pulling market share away from an established name. Every time they have to spend energy filing paperwork, every time they have to consult a lawyer, the incumbents win a round.

Nobody likes this state of affairs more than progressives. Comcast is exactly the sort of company progressives want: big, stable, and focused on keeping the regulators and politicians happy. It doesn’t matter that their customers hate them with a passion and are desperate for alternatives.

By putting more power in the hands of progressives and regulators Democrats are promising more Comcast, AT&T, and Wells Fargo. A better deal indeed.