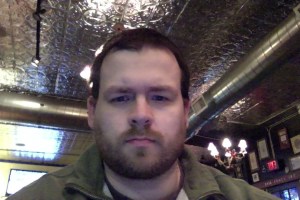 Hello to everyone. My name is Christopher Bowen, and though I’ve been writing professionally for about eight years now, this is my political debut. I also come at this from a challenging perspective: in a field where the term is often openly dismissed, I am what is called a “liberaltarian”: a libertarian who came from the liberal side of the divide.

… Are they all gone? How many are left? Wow, that’s not a lot. Well, at least we can stretch our legs…

In actuality, I don’t believe there’s much of a difference between myself and others like me – the bleeding heart libertarians, if you will – and those who come from a more conservative base. It sums up simply, in my mind: the only tangible difference between a conservative libertarian and a liberal libertarian is the hill they’re willing to die on. A conservative libertarian will not back down on issues relating to commerce; keep the markets free at all cost, Adam Smith style. Conservatives tend to come over from the Republican party out of disgust at the large spending sprees of the Reagan and Bush era. Liberal libertarians like me, on the other hand, consider social issues and civil liberties to be sacrosanct. I’m more flexible on economic policy, but when it comes to our ability to live free lives – everything from LGBT issues to gun ownership – I am a fierce advocate for freedom, and unlike many “liberals”, I understand that is a two way street; I don’t believe the government should disallow a loving couple from marrying, but I also believe the person too bigoted to make their wedding cake has the right to act on that. I left the Democratic Party when I learned that they were just fine with wars, the surveillance state and other issues when one of their guys was in charge.

My political evolution has been like many at this site, if only from the other direction. Living in Connecticut most of my life, I grew up a standard, blue state, Clinton-era Democrat, though I’ve always had a mistrust of authority and government. That has reflected in my recent voting patterns, culminating in my support for Gary Johnson’s 2012 Presidential bid. I started to stretch my “damn the man” legs a bit when I started writing about the video games industry professionally in 2006, with part of my work being a series of articles investigating a myriad of issues from a pro-consumer viewpoint. I wrote professionally for six years, though my games writing has become sporadic of late, as I look to broaden my horizons and make my political writing debut.

Personally, I’m 34, still live in Connecticut, and currently work in IT. I also work ice hockey from the semi-professional level and down, primarily as a linesman. I’m a four year veteran of the United States Navy, where I served on the USS George Washington during the Afghanistan and second Iraq wars.

My Twitter is @superbus, and my brand spanking new Facebook “fan” page for all of my writing is here. I also have a Google Plus account that I really should start using more. I look forward to this new challenge in my career, and hopefully can turn some opinions on what a “liberaltarian” is.

Christopher Bowen
Christopher Bowen covered the video games industry for eight years before moving onto politics and general interest. He is the Editor in Chief of Gaming Bus, and has worked for Diehard GameFan, Daily Games News, TalkingAboutGames.com and has freelanced elsewhere. He is a “liberaltarian” – a liberal libertarian. A network engineer by trade, he lives in Derby CT.
http://www.superbusnet.com
« 1 … 3 4 5