I wanted to link over to a recent article I wrote at the blog Voice of the Migrant, where I talk about the distinguishable products and services that America’s Hispanic immigrants bring to our society:

In a New Yorker article from 2006, James Surowiecki explores how sugar producers in the United States lobbying for “special favors” has resulted in the blocking out of competition and the subsequent degeneration of sugar-laden products:

But American sugar producers aren’t satisfied with supplying the most sweet-hungry population in the world. They’ve relentlessly sought—and received—special favors from the federal government, turning the industry into one of the most cosseted in America today. The government guarantees producers a fixed price for domestic sugar and sets strict quotas and tariffs for foreign sugar. Economically speaking, this has many obvious bad results. It keeps sugar prices in the U.S. at least twice as high as the world average. It makes it harder for companies that use lots of sugar to do business here—in the past decade, an exodus of candy manufacturers from the U.S. has eliminated thousands of jobs. And import restrictions make Third World countries poorer than they’d otherwise be.

In my previous blogs I discuss the findings that there is mercury in a percentage of the hfcs that inhabits so many of our foods and drinks. This is caused from the mercury grade caustic soda that is used in the processing, leaching mercury into the finished product.

Since the introduction of high fructose corn syrup in the 1970s, obesity rates in the United States have skyrocketed dramatically. Sugar cane, which is used in Coca-Cola and Pepsi in Mexico and in high-end American sodas such as Jone’s Soda, contains several naturally occurring health benefits.

Magnesium, calcium and riboflavin can all be found within cane sugar. While soda is not meant to be a “healthy” beverage, ingestion of a naturally sweetened carbonated concoction is nevertheless a much better route to go than the watered down corn syrup that is found in American drug stores.

Apart from Jones and other high end sodas, one of the best places to get cane sugar sodas is at your local taco truck. Fortunately for Californians especially, these amazing testaments to the entrepreneurial spirit can be found throughout working class neighborhoods. At the Fruitvale BART Station in Oakland, there are two taco trucks nearby, with vendors recently opening up in the small shopping center next to the station. 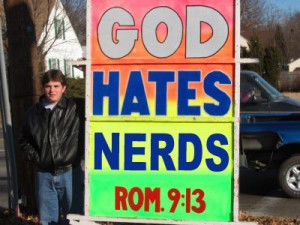 On Islam, A Fine Line Between Criticism and Xenophobia

There are serious concerns about radical Islam and political Islam as a movement. It’s something we should be seriously conscious of. I’ve written about this extensively here at TLP.

Given that, there is a very, very fine line between critiquing the retrograde nature of radical Islam and outright xenophobia. I honestly find it hard to discern this line myself, since I am fully ready to call out efforts by Christians, Muslims or any other group to insert religious dogma into politics. Wherever that line is, it is more than readily apparent that many who are protesting the building of a mosque near Ground Zero in New York have crossed it.

There’s a part of the constitution that I’m especially fond of. It’s called the First Amendment:

Congress shall make no law respecting an establishment of religion, or prohibiting the free exercise thereof; or abridging the freedom of speech, or of the press; or the right of the people peaceably to assemble, and to petition the Government for a redress of grievances.

From the Left and Right, Marijuana Legalization Faces Opposition

At this point in time, there is reason to be optimistic about the legalization of recreational marijuana use. If it does become legal then you may be interested in checking out a site that offers indica cannabis, however, there are plenty of other websites that you can check out. Obviously, you have to wait until it is legal before you can purchase, check out the law of your region before purchasing. Once legal, you might enjoy growing your own cannabis plant. For this, it’s best to buy seeds from Royal-Seed-Bank and to research the best growing methods thoroughly. This is a great way to know the exact product you are smoking and is an enjoyable process for a lot of people. Andrew Napalitano was able to get Sarah Palin to back the “lowest criminal priority” position on his show, while Oakland, California seems to be positioning itself into a future marijuana growth mecca with a local ordinance allowing industrial marijuana production in the city:

Oakland’s City Council passed a resolution late Tuesday night, which could make it the first city in the state to give official permission to the industrial marijuana production, using equipment like a rosin press for example to produce high quality solventless cannabis extracts. If Oakland does decide to go ahead with this change in the law, they’ll need to be able to cope with the demand, as marijuana is a huge market so industrial machinery is a must. The move is considered groundbreaking as it will ensure commercialization of a crop that is mainly cultivated in hidden gardens. “This is a monumental step forward,” said Dale Gieringer, an Oakland resident and the longtime head of California NORML, which backs the legalization of marijuana. “It really means moving into the era of industrial-scale operations, and Oakland means to do it big.”

Meanwhile, liberal politicians from California, predictably disappointing on this issue, such as Democratic Senator Dianne Feinstein, are coming out in opposition to legalization:

Democrat Dianne Feinstein, California’s senior U.S. senator, has thrown her weight behind the effort to defeat Proposition 19, the Regulate, Control and Tax Cannabis Initiative of 2010. Apparently Feinstein believes that California’s present pot prohibition, which was initially enacted in 1913 yet has done nothing to reduce the plant’s availability or use, is worth keeping.

If the double-headed behavior of the Left weren’t enough to give marijuana legalization supporters an aneurysm, the support of Ron Paul, Andrew Napolitano and maybe even Sarah Palin isn’t enough to guarantee right-wing support to a final end to the failed drug war:

“Angry old Republicans are not our friends,” warned Dale Gieringer, executive director of the California chapter of National Organization for the Reform of Marijuana Laws (NORML). He predicted “a very tough campaign” ahead for Tax Cannabis 2010, even without a right-wing rally. As libertarian and small government as they purport to be, the Tea Party-types are all-but-guaranteed conservative votes, votes that could tip the balance against Tax Cannabis 2010 — which in latest polls is scoring about “50-50,” according to Gieringer, who dropped the news Sunday during day two of the International Cannabis & Hemp Exposition at the Cow Palace on Saturday.

It’s unfortunate to see how unpredictable this initiative is. For bureaucratic educational reasons, I can’t vote while I’m here in California. I’m still registered in Washington state, so I have no voice on this issue except to urge people to go out and vote for Proposition 19. Our state already failed on same-sex marriage. We’d better not fail on this one.

TomStrong
The War on Drugs