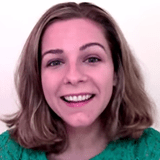 The virtual currency known as Bitcoin is beginning to become accepted by more and more businesses. Once it was limited to underground websites such as the recently shuttered Silkroad but now legitimate establishments have taken up transactions in the coin. For example online casinos like 1xbit allows customers to can pay in and cash out with Bitcoin. Many investment firms buy into Bitcoin and other cryptocurrencies because of the apparent potentials for short-term profit. Internet-based retailers like Overstock.com (one of the more â€˜mainstream’ of internet retailers) have started to accept transactions in Bitcoin. On their first day Overstock.com sold $126k in merchandise exclusively in Bitcoin transactions. If you needed an indicator on whether the public are using Bitcoin and not just investing it, that may be it.

On top of this, investors are also investing in cryptocurrency miners like the kd 5 gold in order to maximize their profitability. Instead of buying Bitcoin, they are mining it themselves and cutting out any middle man.

Originally, bitcoins were used for trading and mining. Now, several Bitcoin casinos are available online, where players can utilize this digital currency to leverage their winnings. Crypto Snack and other similar websites recommend a few of the best Bitcoin casinos in the world of gambling. A key reason for its popularity could be that it tends to offer safe and secure playing options. Furthermore, unlike other currencies, they can be easily withdrawn or deposited. Bitcoin has even crossed from online into real life as a few Las Vegas casinos have followed in the footsteps of online ones and jumped on the bandwagon. No doubt there will be even more merchants participate in this experiment in 2014.

Many in the liberty movement are very bullish on what they believe is or will be an alternative to the dollar but there are a few notable skeptics within the movement. Among the high profile Bitcoin skeptics are Peter Schiff and Ron Paul.

Just over a month ago, Ron Paul expressed his skepticism of Bitcoin in his weekly podcast (Episode #43).

I’m suspicious. I don’t fall into the category and say â€˜Hey, this is it. This is the solution. This is going to replace the dollar.’

I mean I certainly wouldn’t put all my eggs in the Bitcoin basket, there are other kinds of currencies you can trade on crypto platforms like Independent Reserve after all. But I probably wouldn’t worry about a little experimentation with Bitcoin. Though Ron Paul has something to clarify regarding his position on Bitcoin:

One time somebody quoted me in the media saying â€˜I believe that Bitcoin was going to destroy the dollar’ and that’s not quite my position. But the Bitcoin could be a participant in a process where the dollar destroys itself…or that is the Federal Reserve policy destroys the dollar. Then people have to leave the dollar and go into something else.

Ron Paul went on to say that he believes Bitcoin (along with any other medium of exchange) should be legal currency for those who wish to accept it as such but wondered out loud why the government hasn’t cracked down on Bitcoin in a significant way.

The reason I’m hesitant to say â€˜Hey, this Bitcoin sounds like the answer’ is that it’s hard for anybody who knows a lot more about Bitcoins than I do to tell me what it really is. If I had to, and you had never heard of gold as money I could show you a gold coin and you could put it in your hand and you could feel it and then we could look at some history. That’s not the case with Bitcoin.

But right now the Fed hasn’t come down hard on Bitcoin so you wonder what’s going on. Why haven’t they? Because I am absolutely convinced that the federal government and our central bank does not permit, will not permit competition in currencies. They’re not going to let you and I mint some gold coins and put them out in circulation. You can go to jail for that. […] It must not seem at the moment to be a threat to the Federal Reserve and to our system.

Paul also expressed some doubts that Bitcoin could become a preferred medium of exchange with a crash of the dollar:

This is why Bitcoin is around is to offer an alternative [to a weak dollar]. […] I’m a skeptic on that but I certainly think it’s fascinating. I try to keep up with it the best I can but I would feel much better having some gold coins in my pocket than a little computer that I can carry around and recover my Bitcoin. I wouldn’t feel very secure doing that.

However one feels about Bitcoin, I think it’s important that Ron Paul’s views on the subject be reported accurately. I’m personally intrigued by Bitcoin and hope it turns out to be everything its supporters hope but I do think some skepticism is warranted (for the reasons Paul gave and more).