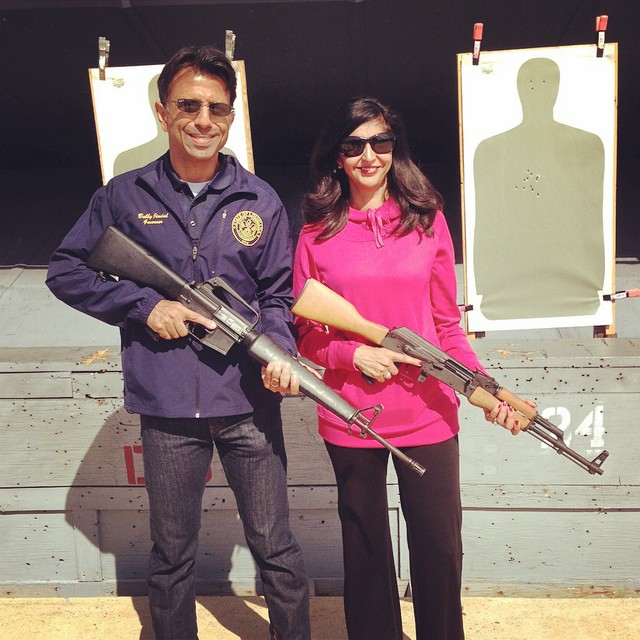 END_OF_DOCUMENT_TOKEN_TO_BE_REPLACED

A couple of young Millennial women, Alyssa Lafage and Elly Mae, appeared on “The Rick Amato Show” on the One America News Network (don’t worry, you probably don’t even get the channel). Amato had both young ladies on to talk about how the policies of President Obama and progressives have harmed the Millennial generation.

Some reports show that Millennial unemployment remains high at 15% in September. This summer, it was estimated that Millennials are 40% of the overall unemployed in this country. Millennials still cannot afford health insurance, despite Obamacare’s promises.  Finally, Millennials are trapped by high amounts of student loan debt, which cannot be discharged in bankruptcy, in order to obtain near worthless degrees.

Watch these two Millennial women describe how the polices of President Obama and progressives have harmed their generation and made their generation worse off than ever. Also, check out our own Quincy’s takedown of Obama drone Paul Krugman’s proclamation of Obama as one of the greatest presidents ever which touches on some of these same issues.

Kevin Boyd
I’m one of the original co-founders of The Liberty Papers all the way back in 2005. Since then, I wound up doing this blogging thing professionally. Now I’m running the site now. You can find my other work at The Hayride.com and Rare. You can also find me over at the R Street Institute.
http://thelibertypapers.org/2005/11/22/a-bit-about-kevin/
Alyssa Lafage, Elly Mae, Millennials, progressives, The Rick Amato Show

Former Arkansas Governor “Tax Hike Mike” Huckabee was a guest on the American Family Association’s “Today’s Issues” program where he ripped into the Supreme Court’s decision this week to not hear gay marriage cases, which essentially increased the number of states in which gay marriage became legal to 30 plus the District of Columbia.

Here’s a video of Tax Hike Mike threatening to leave the GOP over gay marriage:

For those of you who prefer to not watch the Huckster, Rare has transcribed what he said:

“If the Republicans want to lose guys like me and a whole bunch of still God-fearing Bible-believing people, go ahead and just abdicate on this issue,” Huckabee said.

“And go ahead and say abortion doesn’t matter, either, because at that point, you lose me, I’m gone, I’ll become an independent, I’ll start finding people that have guts to stand. I’m tired of this,” he said.

Beyond being a generational issue, young Republicans say their positions stem from the party’s belief that government shouldn’t intrude on people’s lives. Ron Paul’s 2012 presidential campaign got most of its following from younger Republicans attracted by his libertarian message that allowed for gay marriage and the legalization of marijuana.

It’s not just Tax Hike Mike’s increasingly out of date positions on social issues that should stop anyone who loves liberty from shedding tears over his departure from the GOP, it’s his terrible positions on just about everything. Here’s a brief summary:

For more goodies about Tax Hike Mike, please visit this blog that has compiled a list of the numerous times Mike Huckabee has supported big government.

After the disaster that was the presidency of George W. Bush and “big-government conservatism”, the last thing the Republican Party and the country needs is for that banner to be carried to victory in an election. It’s time to show Tax Hike Mike and those who support the big government nanny state the left does, except their own version of it, the door.

Kevin Boyd
I’m one of the original co-founders of The Liberty Papers all the way back in 2005. Since then, I wound up doing this blogging thing professionally. Now I’m running the site now. You can find my other work at The Hayride.com and Rare. You can also find me over at the R Street Institute.
http://thelibertypapers.org/2005/11/22/a-bit-about-kevin/
big government conservative, gay marriage, nanny statist, Tax Hike Mike

Don’t Bail the Democrats Out By ‘Defunding’ Obamacare

If something isn’t done to stop the train wreck known as Obamacare before next year, the healthcare system and the economy will suffer. Tea Party Republicans in the House and Senate have vowed to “defund” Obamacare even if it means shutting the government down. Obviously, opponents of this law should do everything possible to stop this from happening…right?

Maybe it’s not so obvious.

Obamacare cannot truly be defunded because the spending is built into the law itself but for the sake of argument, lets say there was some loophole that would make defunding possible. Why would Republicans want to bail the Democrats out? The Democrats own this legislation because not a single Republican voted in favor.

Let the Democrats suffer the consequences at the ballot box in 2014 and 2016. If the Republicans somehow managed to delay, add exemptions from some of the laws worst aspects, or alter Obamacare’s implementation, the Democrats would then have an out. President Obama could resort to his usual demagoguery in the campaign season the “Affordable Care Act would have worked if the Tea Party extremists hadn’t screwed it up!” The Obama media would be more than happy to echo this party line.

There is a better way. What if allowing Obamacare to be fully implemented as scheduled would lead to its ultimate demise? Far from trying to soften the blow or delay the law’s implementation, opponents of the bill, especially Republicans in positions of leadership should call the president’s bluff and let the train wreck occur. Over the many objections from many of us, Obamacare passed, failed numerous repeal efforts, and prevailed in the Supreme Court.

Also, consider that Obama was reelected. Its time for the American people to take their medicine and live with the consequences. We keep hearing about how the progressives have a better plan than those of us who believe in smaller government and free markets; let’s find out together just how wise they are!

No delays to save incumbents in the 2014 election. No waivers for employees, employers, the labor unions, for Congress, or for government workers. No waivers for anyone. How many times have we heard progressives say “we’re all in this together”? We should call their bluff on this as well.

To the extent that President Obama is trying to selectively enforce the law, Republicans should challenge his authority to do so in the courts and ask the president why he wants to delay his signature accomplishment as president.

Let the American people experience the broken promises of Obamacare for themselves. Let the Democrats defend the law in the 2014 campaign when voters see their work hours cut to less than 30 hours a week (if they are lucky to keep their jobs at all), their premiums rise, and/or lose the insurance plans they already have.

If after the American people (and I mean all of the American people) experience this pain sooner than later and still decide that Obamacare is the way to reform health care then I suppose we are getting exactly the system we deserve.