Why Are Young Libertarians More Interested In Utopia Than School Choice? 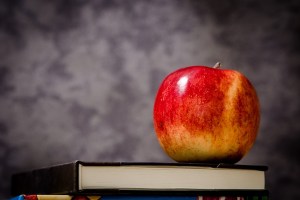 Editor’s Note: This is a guest post from Veronica Peterson whom I met at a recent Franklin Center conference. She was formerly with California Watchdog.org.

As an advocate for libertarian philosophy I have found the common conception of “libertarianism” seems to be one of mixed ideas and an internal clash of anarchism vs. state-ism.

It seems among ourselves, the only thing libertarians can agree on is that individuals have rights-from there war breaks out between the utopias of everyone involved in a discussion (but don’t worry, the sacred NAP keeps the peace-or fosters more war). These discussions usually hit a brick wall when everyone concerned realizes that nobody is willing to accept someone else’s utopia, and someone calls someone else a “statist” or depending upon their feelings about the NAP, a “filthy statist.”

Libertarians like to discuss all sorts of important political topics like immigration, economics, the environment, and intellectual property. Each libertarian creates a utopia, centered in the concept of individual rights, and explains how their perfected version of the State can accommodate these rights (or not).

But for a group of people who are so passionate about the rights of individuals, it surprises me there aren’t more-and more fruitful-discussions of school choice.

It seems libertarians would be interested in the rights of the parents and government authority, but the topic of school choice is embedded with slightly less obvious rights, as well as our government supporting autonomy. Then we are faced with the reality that while we seem to believe in supporting liberties and markets, the government is facilitating actual liberty for families and children where it was not otherwise achievable.

Last month the Franklin Center held their #AmplifyChoice event in the Washington DC, area to raise awareness of National School Choice Week. The event included campus tours, meeting with teachers, families, and students, lectures about the logistics of charter schools and education, as well as opportunities to ask one on one questions with experts in education, politics, and operators of private and charter schools.

In contrast to many areas of the country, families in the Washington DC area have many educational options for their children. While a lot of upper middle-class families might want to send their kids abroad to a boarding school for boys in Sydney, for instance, the DC area itself offers traditional public schools or a diverse choice of public charter schools and private schools.

Ok, so, government funding isn’t uncommon for schools. Traditional public schools are the standard in the governmentally funded education. These are where you end up if there are no other options-children are entitled an education, and what the government provides them is what they get.

What’s interesting is the most common alternative (besides home schooling) is public charter schools that are regulated differently state to state. DC has created a system that leaves charter schools funded through the government while leaving them autonomous. This autonomy is possible because of the District of Columbia Public Charter School Board (PCSB), which authorizes and oversees the public charter schools that are run by independent nonprofits. Charter schools have the freedom to use the teaching methods that the individual nonprofits choose, in contrast to whatever the government wants to teach your kids. Focusing on quality education, PCSB bases a tiered rating system of charter schools on student progress, parent satisfaction, and student achievement.

Why is this not a thing everywhere?

The liberty movement is the prime group to advocate for educational freedoms and the autonomy of families. Why are we arguing over who is a “real libertarian,” and instead be arguing over what schooling options are legitimate and why?

Kevin Boyd
I’m one of the original co-founders of The Liberty Papers all the way back in 2005. Since then, I wound up doing this blogging thing professionally. Now I’m running the site now. You can find my other work at The Hayride.com and Rare. You can also find me over at the R Street Institute.
http://thelibertypapers.org/2005/11/22/a-bit-about-kevin/
charter schools, Franklin Center, opportunity scholarships, school choice, Washington DC

Today’s post was written by regular commenter Dr. Gregory Tetrault (aka “Dr. T”). Dr. Tetrault is a clinical pathologist who has directed four different medical laboratories since 1989. He was an Associate Professor of Pathology and Laboratory Medicine at the University of Tennessee Medical Center until 2009. His plan below is, IMHO, a realistic way to introduce crucial market-based reforms into our medical system while still maintaining a social safety net. Enjoy!

Health care costs have increased far faster than the general rate of inflation for decades. Although there are treatments such as behavior treatment for alzheimers and physiotherapy available, the costs of treatments has kept rising. The most important cause was the transition from out-of-pocket payments for routine medical care (common in the early 1960s) to employer-based or government-based insurance or health maintenance organization (HMO) coverage. This produced price insensitivity among consumers, who believed that their insurance premiums paid for all the medical care as they wanted, and allowed medical costs to rise rapidly. We cannot rein-in health care costs without making drastic changes to our health care payment systems. On the other hand, as our health should be a high priority, it may be worth it for people to start looking into medicare health insurance, just so if anything was to happen, they’d be covered.

My five-part proposal, if implemented, could reduce health care costs.

This five-part proposal will give workers bigger paychecks (no employer health insurance deductions) and return most routine care to an out-of-pocket payment system. The mandatory catastrophic health care insurance will prevent bankruptcies after serious illnesses or injuries. The proposal allows people to purchase however much health insurance they desire from HMOs, preferred provider organizations (PPOs), or other types of plans. Implementing this proposal would make people aware of the full costs of health care services. Some people will refuse expensive care or negotiate lower charges. Such actions will reduce overall health care costs.

Health care providers will experience reduced billing costs because most people will pay directly for routine medical care, dentistry, prescriptions, laboratory tests, and imaging studies such as x-rays and simple ultrasound exams. Elimination of Medicaid with its poor reimbursement and excessive documentation requirements will greatly benefit many providers.

The losers if this proposal is implemented are: employees who work in health insurance benefits subdivisions of businesses, government bureaucrats who hoped to control the health care economy, and advocates of â€˜nannystate’ government who believe that Joe and Jane Average are incapable of making health care financial decisions lose. The winners outnumber the losers by at least 1,000 to 1.

I was recently contacted by Templeton Press, the publishers of a new book called “New Threats To Freedom”. While I have not read the book at this time, judging by the theme and by some of the authors who submitted, it’s definitely intriguing.

In the run up to their paperback edition, they’re holding a contest for writers to submit their own new threats to freedom*:

In the spirit of these essays, write or post a response to the question:

What is an emerging threat to freedom and why is it critical to address it in today’s society?

Prize
First Place $500
The winning entry may also be considered for inclusion in the paperback edition of New Threats to Freedom.

Entries must be posted on a personal or professional blog no later than August 15, 2010, by 11:59 p.m. EST.
Blog posts must be 500 words or less.
Entrants must eighteen years or older.

Seems interesting. I’m not sure if I’ll submit something or not, but I’ll make the following offer to our readers:

If you think you have something worthy of submission [and I agree], but don’t have your own blog to present it, I am willing to offer space here at The Liberty Papers to submit your entry as a guest post. Since this is our own space on offer, some caveats apply**.

March Madness has arrived. For the first time, I’ve decided to throw together a Liberty Papers Bracket Challenge. Hosted at CBS Sports (p/w “thomaspaine”), feel free to sign up. Hurry, of course, as the games start Thursday morning.

Scoring rules are somewhat standard, but with a kick on the first two rounds. Picking a winner adds their seed to your point total, meaning you get significant benefit from picking the right upsets during those first two games.

The winner will earn a guest post here at The Liberty Papers, with minimal restrictions on tone and subject.

Sign on up and let’s see what you’ve got! And of course, consider this an open thread to root for your favorite team. I think my allegiance is well known…

What is happening in the cradle of the modern civil rights movement?   Jimmy McCall would like to know.  ”It was more my dream house,” he laments, “and the city tore it down….It reminds me of how they used to mistreat black people in the Old South.”  In 1955, Rosa Parks took on the whole system of Jim Crow by refusing to give up her seat on a segregated Montgomery bus.  Today, McCall is waging a lonely battle against the same city government for another civil right: the freedom to build a home on his own land.

Although McCall’s ambitions are modest, he is exceptionally determined.  For years, he has scraped together a living by salvaging rare materials from historic homes and then selling them to private builders.  Sometimes months went by before he had a client.  Finally, he had put aside enough to purchase two aces in Montgomery and started to build.  He did the work himself using materials accumulated in his business including a supply of sturdy and extremely rare longleaf pine.

McCall only earns enough money to build in incremental stages but eventually his dream home took shape.  According to a news story by Benjamin Solomon, the structure had a “the high slanted ceilings, the exposed beams of dark, antique wood.  It looks like a charming, spacious home in the making.”  But from the outset the city showed unremitting hostility.  He has almost lost count of the roadblocks it threw up including a citation for keeping the necessary building materials on his own land during the construction process.  More seriously, he was charged under the state blight law, which allows a municipality to designate a building as a “public nuisance” and then demolish it.  Critics have accurately called this “eminent domain through the back door” and warn that opportunities for abuse are almost limitless.  In contrast to the standard eminent domain process, for example, property owners do not have any right to compensation, even in theory.  END_OF_DOCUMENT_TOKEN_TO_BE_REPLACED