Terrorist Metalheads Coming To An Airport Near You!

James Hetfield, lead singer of Metallica, looks suspiciously like a terrorist to the Brits.

I’d describe the full story, but Justin of autoDogmatic has done a much better job. He explains that government is quite capable of dishing out its nonsensical harassment and justice for all:

James Hetfield, lead-singer of Metallica, learned this week that the UK’s Luton airport was not on his list of places he can roam freely. Sad but true, Hetfield was detained due to his “Taliban-like beard” making officials nervous. One wonders if the rock star felt like an outlaw torn or just another victim of the master of puppets, big brother government. But for his devil’s dance, quickly explaining to the officials that he was a rock star, and not a terrorist, Hetfield may have felt a bit … I don’t know … minus human? Though Hetfield escaped relatively unscathed, nay more a hero of the day, I have no doubt that the memory of his detiainment will remain though nothing else matters.

Let this be a lesson: in the land of wolf and man, the bell tolls for us all … until the-thing-that-should-not-be sleeps, that is.

I’d warn those governments about Hetfield, though… He’s been known to fight fire with fire, and may leave you blackened.

Not too long ago, Extreme Mortman conducted a Ron Paul online experiment. What would happen, we queried, if we just mentioned Ron Paulâ€™s name a bunch of times with some inconsequential silly set-up. Would anyone notice?

The results were fascinating. The Ron Paul faithful flocked our way. They swarmed this blog. But they were quite pleasant. They wiped their feet before entering. None of them swiped any of our pieces of silverware or left odd stains in the toilet. They all respected our noon check out time and honorably recorded any use of the minibar.

All in all, success.Â  Happy times.

We’ve noticed much the same thing here at The Liberty Papers, and it’s definitely and interesting phenomenon.

In this post, though, Mortman has a little fun with the Paul supporters. A few my favorites from the list:

9. When the National Hurricane Center suggests Ron Paul take shelter, he does.

8. Ron Paulâ€™s campaign bus has a license plate. It also uses the Interstate highway system, which has no toll booths.

6. Ron Paul accepts that Pluto is no longer a planet, but still says the other eight are.

My advice to the Ron Paul supporters out there, don’t take this so seriously. After all, politics is America’s oldest spectator sport.

I don’t care for Paris Hilton. In fact, whether or not she goes to jail means nothing to me. I’m not even going to use it as an excuse to argue about the validity of DUI laws or the travesties of our justice system. I wish this whole sordid detail would be relegated to the E! channel and the metro section of the paper, not CNN and the front page.

However, I am an opportunist, and I will gladly and shamelessly self-promote anything which might make me a buck. So head on over to my wife’s cafepress store and buy stuff! 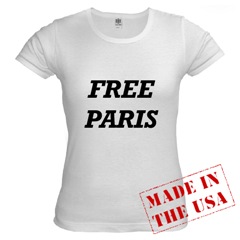 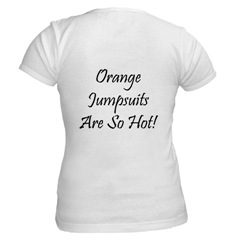 And in true Paris Hilton fashion, a dog shirt and trucker hat… 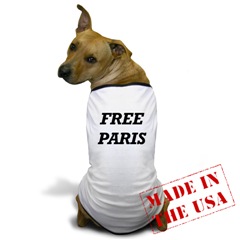 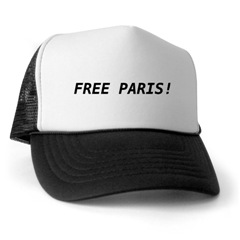 Yes, this post has no real place at The Liberty Papers. That’s where the whole “shameless self-promotion” thing comes from…

Every landlord, at one time or another, will find themselves with a tenant that they want to get rid of. When the tenants are violent people who cannot or will not hold down a productive job, evicting them from your property can be extremely dangerous.

That is why my hat is off to Guaranty Building Associates LLC as they try to evict two of the most dangerous gangs that operate within the Federal Government from their property. Good luck, guys, and go get them.

“‘For over 18 months, we have worked cooperatively with the government as it looked for new space for its agencies,’ said a statement from Gary Schober, president and CEO of the firm.

He said the continued occupancy by the DEA and IRA have set back renovation work that began in early 2006.

‘We didn’t want to take legal action, but the situation left us with no choice,’ Schober said.

How to delay a conviction: Attack the Jury – Again and Again

A defendant who was shackled and chained to the floor after punching a juror during his first trial for an alleged crime rampage threatened on Wednesday to kill the jury seated for his retrial.

I wonder how many mistrials the man will be able to generate before the Judge gives up and allows the trial to go forward.

tarran
I am an anarcho-capitalist living just west of Boston Massachussetts. I am married, have two children, and am trying to start my own computer consulting company.
http://www.thelibertypapers.org/author/tarran/
« 1 … 24 25 26 27 »