Libertarians Debate on Stossel (Part 1 of 2)

In case you missed it, the first half of the Libertarian Party Presidential Debate aired on Stossel on April 1st (the second half will air on Friday, April 8, 2016). The three participants were 2012 Libertarian Party presidential nominee and former New Mexico Governor Gary Johnson, software developer John McAfee, and the founder of the blog The Libertarian Republic Austin Petersen.

After watching some of the GOP debates and the first Democrat debate, watching the Libertarians debate was refreshing. No name calling or commenting on the appearance of the other candidates. No scolding the debate moderator for asking questions the candidates didn’t like. To the extent that one candidate challenged or disagreed with another they were on the substance of the issue at hand (more on that in a moment). There seemed to be more areas of agreement than disagreement (and even a kiss on the cheek) among them. This debate was more about presenting to a national cable audience the case for Libertartian policy alternatives to those of the Republicrats.

Did any candidate “win” Part 1 of the debate or help/hurt his chances with the LP faithful or viewers who are open to supporting a third party candidate?

I can only answer for myself. I enthusiastically supported Gary Johnson in 2012 all the way back from when he was running for the GOP nomination to election day as the LP’s nominee. Of the three, he’s the only one I was all that familiar with. I took the Isidewith.com survey on the issues (mentioned in the debate) several weeks ago and found that I sided with Austin Petersen 97%, Gary Johnson 92%, and Ted Cruz 77%. I’m not sure why John McAfee wasn’t among those I sided with because I found myself in agreement with much of what he said in the debate. Due to these results, though Gov. Johnson is sort of my default favorite I watched with an open mind.

To my surprise, indeed I did find myself agreeing more with the thirty-five year old Austin Petersen than the other two. For libertarians looking for “purity” of libertarian principles, Petersen is your guy it seems (based solely on one half of one debate). When asked about whether a cake decorator should be forced to make a cake for someone based on personal or religious reasons, Johnson (to my profound disappointment) said they should while Petersen said the market should decide making the freedom of association argument (an argument every good libertarian should have down pat).

The second strike against Johnson and for Petersen was the question of the so-called gender pay gap. Johnson sounded like a progressive echoing the “equal pay for equal” work line but said he would be hesitant to sign any equal pay legislation because “the devil is in the details.” Petersen on the other hand skillfully explained why the gender pay gap is a progressive myth. McAfee, for his part argued that if a person doesn’t like how much they are being paid they are free to look elsewhere.

There’s certainly more in the debate that I didn’t get into here. My conclusion as far as my opinion goes: Petersen helped himself, Johnson hurt himself, and McAfee is intriguing. In a world where Hillary Clinton and Donald Trump are looking to be their party’s nominee any of the three would be hands down a better choice. 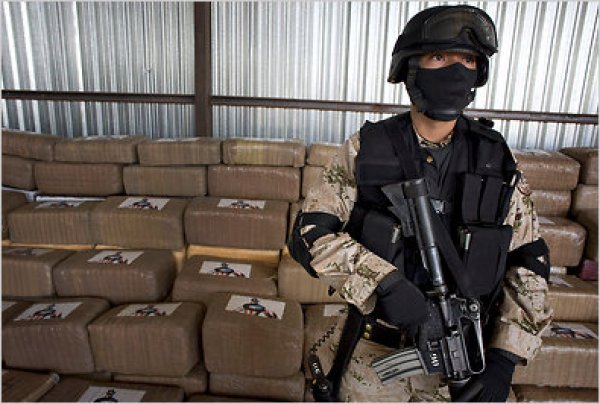 You can’t stop people from getting high. It’s NOT POSSIBLE.

It literally does not matter how far you go, you cannot stop it.

We can’t stop heroin from getting into supermax prisons, where there are no visitors allowed, and everyone is body searched in and out.

I just had a dedicated drug warrior fully sincerely advocate that we completely seal the border, and that every vehicle, container, and person should be fully cavity searched.

When I pointed out that cavity searches didn’t stop heroin from getting in to supermax prisons, he said that we need to have full walls on all the borders, and boats to patrol the coastlines to stop smugglers.

You can’t stop people from getting high. This is not an issue of sealing the borders.

Even if you actually sealed the borders successfully, then they would just grow it here.

How exactly would you stop that?

It would require constantly patrolling millions of acres of property, both public and private; searching all greenhouses, and all forests, and all fields of any kind, at least once every 90 days… in the entire country.

Doing so… aside from the massive violations of peoples rights, would require millions of law enforcement officers dedicated to it.

That would cost more than the entire budget of the United State by the way.

Even if you manage to completely eradicate all opium poppies, and all coca plants on the planet, they will just synthesize it in labs… and by labs, I mean, any quiet room with an electrical outlet, or anywhere you can run a generator, or a blow torch.

If you completely ban all substances that people could get high with, you ban thousands of legal products with legitimate and critical uses, including a huge number of critical medications.

You also have to ban all lab equipment, or closely license and track its sale. And all chemicals of all kind… and many kinds of foods. And most kinds of flowers.

And all machine tools, and glass blowing equipment… and blow torches, and pipes and tubes and sand…

And you’ll have to dig out and burn out millions and millions of acres of plants.

You can make it a death penalty offense to posses, sell, or use drugs, or get high. Many countries do in fact… and people still get high.

When I asked why, he said:

“Because to do otherwise would be to surrender”

Then I asked “Surrender what? To who?”

He said “Surrender to the junkies and the dealers”

I asked “Surrender what?”

And again I asked “Why”

I said “You’re advocating a police state, in order to stop people from getting high. Why?”

So… I have a very simple question for you…

You cannot possibly stop people who want to get high, from getting high.

You can’t make it illegal enough. You can’t ban or control enough. It’s not possible… you have to know that it isn’t possible..

Prohibition PROVED beyond all possibility of doubt that it’s impossible.

The last 45 years of the “War on Drugs” have proved beyond all possibility of doubt that it’s impossible.

Maximum security prisons prove beyond all possibility of doubt that it’s impossible. 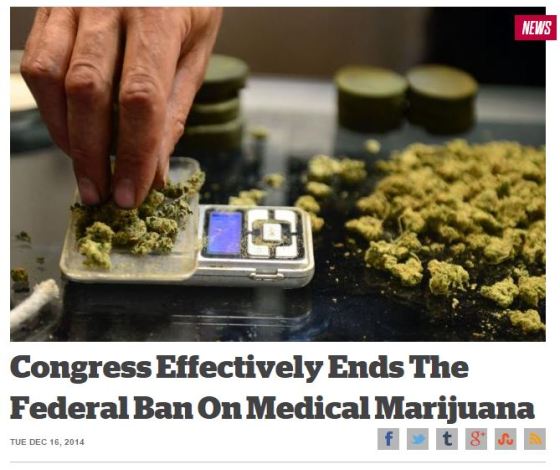 Just NOT at the Same Time Please

Sharing, as a service to our readers…