Libertarians Debate on Stossel (Part 2 of 2)

This isn’t by any means an exhaustive analysis of the second part of the Stossel LP presidential debate but I wanted to share the video now before too much time passes and this becomes irrelevant.

In this second part, Fox News hosts Bill O’Reilly and Geraldo Rivera each posed a video question regarding drugs. O’Reilly said he had a question for “the libertarian geniuses” which it seemed that he thought he really had a question that would stump them. As it turned out, O’Reilly’s question made him look like a fool. What he thought was a fast ball was actually a hanging curveball that any libertarian worth his or her salt would have hit out of the park (It’s clear that either he doesn’t watch Stossel’s show because he crushes these kinds of questions on a regular basis). All three candidates indeed did hit it out of the park (bonus points for Petersen for calling O’Reilly a pin head).

Geraldo’s question was a bit more nuanced: Should government have programs to help drug addicts? Among the three candidates, I thought McAfee had the best answer. Treatment cannot be forced on those who don’t want it.

From there, Stossel addressed more of the issues in which libertarians are outside the mainstream.

Combining the two parts of the debate together, my opinion hasn’t changed much. I feel like Austin Petersen “won,” I liked much of what John McAfee had to say (he has a great voice too; he should get into broadcasting), and if anyone “lost” it was Gary Johnson.

All of that being said, any one of these individuals is lightyears better than what the blue and red teams are offering.

Libertarians Debate on Stossel (Part 1 of 2)

In case you missed it, the first half of the Libertarian Party Presidential Debate aired on Stossel on April 1st (the second half will air on Friday, April 8, 2016). The three participants were 2012 Libertarian Party presidential nominee and former New Mexico Governor Gary Johnson, software developer John McAfee, and the founder of the blog The Libertarian Republic Austin Petersen.

After watching some of the GOP debates and the first Democrat debate, watching the Libertarians debate was refreshing. No name calling or commenting on the appearance of the other candidates. No scolding the debate moderator for asking questions the candidates didn’t like. To the extent that one candidate challenged or disagreed with another they were on the substance of the issue at hand (more on that in a moment). There seemed to be more areas of agreement than disagreement (and even a kiss on the cheek) among them. This debate was more about presenting to a national cable audience the case for Libertartian policy alternatives to those of the Republicrats.

Did any candidate “win” Part 1 of the debate or help/hurt his chances with the LP faithful or viewers who are open to supporting a third party candidate?

I can only answer for myself. I enthusiastically supported Gary Johnson in 2012 all the way back from when he was running for the GOP nomination to election day as the LP’s nominee. Of the three, he’s the only one I was all that familiar with. I took the Isidewith.com survey on the issues (mentioned in the debate) several weeks ago and found that I sided with Austin Petersen 97%, Gary Johnson 92%, and Ted Cruz 77%. I’m not sure why John McAfee wasn’t among those I sided with because I found myself in agreement with much of what he said in the debate. Due to these results, though Gov. Johnson is sort of my default favorite I watched with an open mind.

To my surprise, indeed I did find myself agreeing more with the thirty-five year old Austin Petersen than the other two. For libertarians looking for “purity” of libertarian principles, Petersen is your guy it seems (based solely on one half of one debate). When asked about whether a cake decorator should be forced to make a cake for someone based on personal or religious reasons, Johnson (to my profound disappointment) said they should while Petersen said the market should decide making the freedom of association argument (an argument every good libertarian should have down pat).

The second strike against Johnson and for Petersen was the question of the so-called gender pay gap. Johnson sounded like a progressive echoing the “equal pay for equal” work line but said he would be hesitant to sign any equal pay legislation because “the devil is in the details.” Petersen on the other hand skillfully explained why the gender pay gap is a progressive myth. McAfee, for his part argued that if a person doesn’t like how much they are being paid they are free to look elsewhere.

There’s certainly more in the debate that I didn’t get into here. My conclusion as far as my opinion goes: Petersen helped himself, Johnson hurt himself, and McAfee is intriguing. In a world where Hillary Clinton and Donald Trump are looking to be their party’s nominee any of the three would be hands down a better choice. 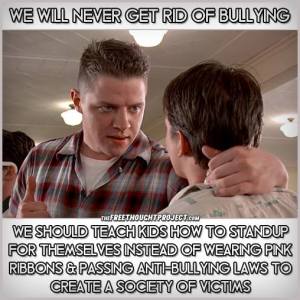 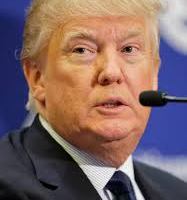