Over at Popehat, Ken White makes the point that gun control advocates should have the balls to say that all firearms should be banned instead of using purposely vague or misleading language (as people on the Left tend to do). Using vague, sometimes Orwellian terms tend to creep into other areas of our private lives

Gun control advocates may argue that it’s pointless to define terms because gun control opponents will oppose gun control laws no matter how they are crafted. […] But it’s not a logical or moral excuse for not trying. Urging vague and unconstrained government power is not how responsible citizens of a free society ought to act. It’s a bad habit and it’s dangerous and irresponsible to promote it.

We live in a country where the government uses the power we’ve already given it as a rationale for giving it more: “how can we not ban x when we’ve already banned y?” 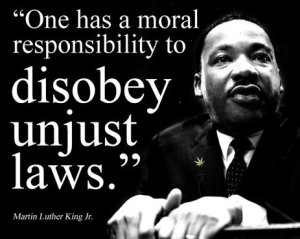