Former Liberty Papers contributor and current editor at United Liberty Jason Pye is going to do something I have only dreamed of doing: being a panelist in a Cato Institute discussion.

If you want to know more and possibly attend this event, here’s a link to Jason’s post at United Liberty.

As for me, I will be watching the pod cast and sharing it here once Cato makes it available.

Did Justice Roberts Help Romney and Provide a Path to Repeal ObamaCare?

Over at Red State, Erick Ericson theorizes that Chief Justice John Roberts joined the majority opinion as a way to put ObamaCare back into the hands of the political branches to decide the law’s fate:

The Democrats have been saying for a while that individual pieces of Obamacare are quite popular. With John Roberts’ opinion, the repeal fight takes place on GOP turf, not Democrat turf. The all or nothing repeal has always been better ground for the GOP and now John Roberts has forced everyone onto that ground. Oh, and as I mentioned earlier, because John Roberts concluded it [the individual mandate] was a tax, the Democrats cannot filibuster its repeal because of the same reconciliation procedure the Democrats used to pass it.

It seems very, very clear to me in reviewing John Roberts’ decision that he is playing a much longer game than us and can afford to with a life tenure. And he probably just handed Mitt Romney the White House.

Our own Doug Mataconis said he “would not be surprised to see it be a 6-3 decision” way back in April for the following reason:

Ordinarily, the most senior Justice in the majority gets to decide who writes the majority opinion. However, if the Chief Justice is in the majority he gets to make that decision. If Kennedy ends up voting to uphold the mandate then I could see Chief Justice Roberts joining him so that he can write the opinion himself and make the precedential value of the decision as limited as possible.

Erick Erickson also mentioned on his radio program that many conservatives and libertarians who aren’t thrilled with Romney as the nominee will put aside their objections and vote for him if it means repealing ObamaCare.

I hate to say it but I think Erickson has a point. ObamaCare being upheld is a game changer. Prior to this decision that was supposed to strike down all or part of ObamaCare, I was absolutely certain that I would enthusiastically vote for the Libertarian nominee Gary Johnson rather than settle for the lesser of the two evils. With ObamaCare being upheld, now I have to say I’m not so sure. I’m not normally a single issue voter but if ObamaCare isn’t stopped and soon, we will be stuck with it for at least a generation.

The problem is though, it might already be too late. Several things have to happen just right. First Romney must be elected and the GOP must take control of the Senate and hold the House. Second, we have to trust that Romney and the Republicans in congress will actually follow through. We’ve been disappointed before.

TBD Names Doug Mataconis Among “The 51 D.C. Journalists with the Most Klout”

Liberty Papers contributor Doug Mataconis has been named by a D.C. website called TBD as one of “The 51 D.C. Journalists with the Most Klout.”

If Twitter is a popularity contest, then Klout is the judge. Using an algorithm that factors “true reach,” “amplification,” and “network impact,” the website assigns every tweep a score, on a scale of 1 to 100. It’s not perfect, but nonetheless, here’s how Klout scored notable members of D.C.’s press corps.

Doug made the list at number 46 with a score of 74. This is what the site had to say about Doug: 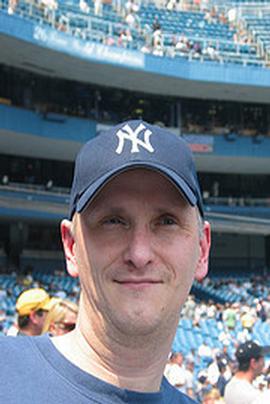 In addition to writing here* at The Liberty Papers, Doug is a contributor to Outside the Beltway, writes at his own blog called Below the Beltway, and as mentioned above, very active on Twitter with an impressive following.

On behalf of all of us here at The Liberty Papers, congratulations Doug!

END_OF_DOCUMENT_TOKEN_TO_BE_REPLACED

Policing the Right Way: A Positive Personal Encounter with a Highway Patrolman

Many of my detractors may assume that I am someone who encounters the police on a regular basis since I am very critical of bad cops. The truth is personal encounters with the police are very rare for me; it’s very rare that I get pulled over and I haven’t had the cops called on me since I was in my early 20’s.

Well, my streak of not getting pulled over came to an end last Thursday. I was driving to my mother-in-law’s house when I saw the dreaded flashing lights in my rearview mirror. As I pulled over having no idea why I was being stopped, I started thinking about the “10 Rules for Dealing with Police.”
With my window rolled down and my hands on the steering wheel (always a good idea to keep your hands where the police can see them) the highway patrolman asked why I thought he pulled me over. I shrugged and patiently waited to hear his response.

So why did I get pulled over? I didn’t have a license plate on my front bumper. The bracket for my front plate had broken off some months ago. When he told me his reason for pulling me over, I pointed to the plate that I had put just inside the front windshield. From there the patrolman explained that by Colorado law, the plate has to be attached to the front of the vehicle because sometimes the plate falls off in hit-and-run collisions (a plate left at the scene makes it very easy to identify the vehicle’s owner).

I have lived in three states, one of which does not even require a front plate at all (at least when I lived there). I wasn’t sure exactly what the Colorado law was so I took the gamble that placing the plate on the dash would be good enough. It wasn’t.

Of course there’s the old expression: “ignorance of the law is no excuse for breaking the law.” The patrolman was well within his rights to write a citation but he chose to give me a verbal warning instead. A verbal warning and something else: a business card with his name and badge number.

The patrolman handed me the business card and said that I could call the number on the card to make a comment about the stop whether good or bad.

“When did they start doing this?” I wondered. I was taken aback. What kind of comments would I leave if I actually called the number?

As I reflected on this, on balance I thought the patrolman did his job well. Though he could have written the citation, he decided to inform me instead of punish me. For my part, I followed rule #1 (Always be calm and cool) and was very respectful (again, this may surprise my detractors that I wasn’t being snarky toward the patrolman. It probably helped that my wife answered the one question that annoyed me: “Where you folks headed?”). In following this first rule, I didn’t need to worry about the other nine.

But the thing that impressed me the most about this encounter with an officer of the law was the business card. Apparently the Colorado DPS actually cares about how well their patrolmen do their jobs! How refreshing! This in a time of police scandals, use of unnecessary force, and “professional courtesy” that has plagued the Denver Police Department and departments across the country.

What the business card policy (?) says to me is that yes, the police work for me. It’s a statement that recognizes that the job of the police it to serve and protect me: their customer, their boss, the person who pays his salary.

This is how the police should do their jobs and I hope this is something we will see more of more generally.

Via Jason Pye, I’m passing along news that many of you may already be aware of:

Stephen Gordon, a very good friend of mine and fellow libertarian, was involved in a serious car accident on Tuesday evening in his hometown of Hartselle, Alabama. From what I’ve been told, a truck crossed over into his lane and hit him head on, causing his car to flip. In addition to Steve’s lungs collapsing, he suffered broken ribs and a broken ankle. He was airlifted to a hospital in Huntsville and is in critical, but stable condition. The good news is his prognosis is positive.

I know I speak for everyone at The Liberty Papers when I say that we pass along our thoughts and prayers for Steve’s recovery.