The Glass Houses of the Anti-Science Left 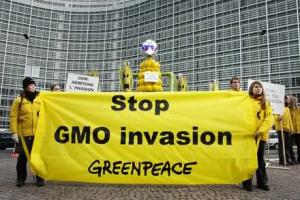 The enlightened left loves to mock anti-science on the right. But guess what?

The pot is every bit as sooty as the kettle.

The political left in the U.S. harbors junk- and anti-science tendencies running strong as anything found on the right. From glass houses (recycled, natch!) in solid blue crunchvilles around the country, the left’s anti-science factions scoff at global warming “deniers,” blissfully blind to the power of their own superstitions.

It is not merely the chemophobia or the illogical fixation on things “all natural.” Never mind that everything on earth is made of chemicals—including kittens, oxygen, that homemade soap on Etsy, and every essential oil. Never mind it would take 14 bottles of store-bought shampoo to amass the amount of formaldehyde in just one apple (and cauliflower has even more). Never mind that arsenic, lead and hemlock are all natural.

I can overlook the dangerous predilection for “natural remedies,” the susceptibility to mythical conditions like “candida overgrowth,” or the willingness to pay extra for meat without nitrates that is actually more dangerous. All of these are largely phenomena of Prius-driving, Whole Foods-shopping raw pecan lovers. Regardless, the externalities these superstitions impose, while greater than zero, are within a range acceptable in a free society.

Let them buy all-natural snake oil from salesmen savvy enough not to incorporate.

The problem is that not all their superstitions are quite so harmless.

A 2004 report from the National Academy of Sciences (NAS) concluded that “no adverse health effects attributed to genetic engineering have been documented in the human population.”

In 2003 the International Council for Science, representing 111 national academies of science and 29 scientific unions, found “no evidence of any ill effects from the consumption of foods containing genetically modified ingredients.”

The World Health Organization flatly states, “No effects on human health have been shown as a result of the consumption of such foods by the general population in the countries where they have been approved.”

In 2010, a European Commission review of 50 studies on the safety of biotech crops found “no scientific evidence associating GMOs with higher risks for the environment or for food and feed safety than conventional plants and organisms.”

At its annual meeting in June, the American Medical Association endorsed a report on the labeling of bioengineered foods from its Council on Science and Public Health. The report concluded that “Bioengineered foods have been consumed for close to 20 years, and during that time, no overt consequences on human health have been reported and/or substantiated in the peer-reviewed literature.”

The science is in. The safety of GMO foods is as well established as evolution and clearer than man-made global warming.

Wonderful news! We can move forward with ameliorating hunger and saving lives around the world using foods like Golden Rice, genetically altered to carry a gene from carrots and intended to prevent the Vitamin A deficiency that kills 670,000 children under the age of five every year.

But superstitious anti-GMO activists have succeeded in escalating the testing requirements necessary to bring it to market and backed a campaign of vandalism against farmers with limited licenses to use it in the meantime. A study published in the Cambridge Journal of Environment and Development Economics calculated that delayed deployment of Golden Rice has cost 1,424,000 life years since 2002 in India alone.

Fracking is safe, fossil fuels are efficient, and there is no credible path to replacing them without nuclear, the greenest of them all.

Biofuel contributes to global warming and would require stripping the planet. As for all the rest, the resources necessary to manufacture the components are about equal to the energy the technology is capable of producing. They never manage to do much more than break even in producing the amount of energy consumed in their own manufacture.

In other words, trying to replace fossil fuels with renewables “simply won’t work” because the energy requirements for manufacturing and maintaining solar panels, windmills and electric cars are too high.

Even if one were to electrify all of transport, industry, heating and so on, so much renewable generation and balancing/storage equipment would be needed to power it that astronomical new requirements for steel, concrete, copper, glass, carbon fibre, neodymium, shipping and haulage etc etc would appear. All these things are made using mammoth amounts of energy: far from achieving massive energy savings, which most plans for a renewables future rely on implicitly, we would wind up needing far more energy, which would mean even more vast renewables farms—and even more materials and energy to make and maintain them and so on. The scale of the building would be like nothing ever attempted by the human race.

“The most honest hardline greens” openly admitting that ending our reliance on fossil fuels would necessitate ending civilization as we know it? They’re the ones who understand the science.

The rest are just crossing their fingers while imposing “astronomical” costs on the rest of us.

Reusable diapers are not more environmentally friendly than disposables. Curbside recycling doubles the number of fossil-fuel burning trucks required to pick up the same amount of garbage. There is no shortage of landfill capacity. Whether for the purpose of preserving sand or to prevent glass from returning to sand, there is no sound reason for spending $90 a ton recycling glass into other, different glass that can be sold for $10 a ton. For every remanufactured product that achieves net energy savings, there is another that results in a net energy loss.

There are recyclers who take the time—in between washing their garbage and line-drying those disposable diapers—to research each potential recyclable, investigate the programs in their locales, and reach reasonably scientific conclusions about which recycling efforts net a savings of natural resources. 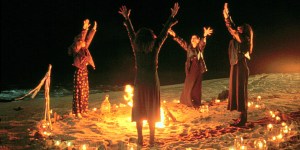 They’re not interested in scientific answers to these questions. They’re practicing a religion.

But those who live there still ought not throw stones.

Sarah Baker
Sarah Baker is a libertarian, attorney and writer. She lives in Montana with her daughter and a house full of pets.
all natural, anti, GMO, renewable energy, science