More on Amazon, ebooks, and monopolies

For many people, Amazon is the marketplace of the future. It gives many businesses, authors, musicians, ect a platform for them to market and sell their products worldwide. This Amazing Selling Machine review indicates that more and more people are coming to Amazon to sell their products and earn a piece of the pie. What once started out as an online bookstore, now sells electronic books, or ebooks with its proprietary reading tablet, the Amazon Kindle. Though Amazon’s ebook market is huge, it doesn’t come without its downsides.

Yesterday, Brad wrote a wonderful piece blasting away at accusations that Amazon has a monopoly on the ebook. As an indie author who made most of his income via ebook sales, I thought it might be worth getting another take on the same issue. Now, it’s important to understand that being an author isn’t the easiest job in the world, so having your book distributed, whether it’s in a traditional print form or with ebook distribution, is a great feeling, especially when you can see people downloading the booking and reading it.

Brad makes excellent points, but there are some points that I figure he missed. First, let’s look at the definition of the term “monopoly“.

1. exclusive control of a commodity or service in a particular market, or a control that makes possible the manipulation of prices.

Compareduopoly, oligopoly.
2. an exclusive privilege to carry on a business, traffic, or service, granted by a government.
3. the exclusive possession or control of something.
4. something that is the subject of such control, as a commodity or service.
5. a company or group that has such control.
6. the market condition that exists when there is only one seller.

[I did leave out one possible definition, but that was because it involved the board game, hence irrelevant]

So, the implication is that there is no competition in the realm of ebooks. Amazon controls the whole shebang. Now, Brad points out how myopic that thinking is in his post yesterday. END_OF_DOCUMENT_TOKEN_TO_BE_REPLACED

There’s No Such Thing As An “eBook Monopoly”

First things first… I’ve spent a lot of time criticizing Kevin Drum over the years. Suffice to say that we don’t see eye to eye, and a reliable way to generate content here has often been “wait for Drum to say something ridiculous, then flog him for it.” It’s a well I’ve gone back to from time to time when thirsty, I’ll say that much. That said, he recently was diagnosed with cancer. All politics and blogging aside, best of luck to him in his treatment and recovery. It may be uncommon on the blogosphere to recognize that our ideological opponents are actual human beings, but he is and so I wish him the best.

With the niceties out of the way, Kevin fired off on the recent hot button of Amazon and its market power. Specifically, people question the extent to which Amazon is a monopoly. That’s a much wider topic, but I see something here that is a wrinkle that needs to be highlighted. Kevin says:

In theory, this is a great opportunity for an innovative startup. Someone interested in doing precisely this may want to Form an LLC with strategyplus to get started with moving towards achieving their business goals. Startup costs are modest since there’s no physical inventory to worry about. Publishers are eager for new entrants. Maybe a smart startup could appeal to consumers with a great new e-reader concept. Or a better recommendation engine. Who knows? There are loads of possibilities. The problem is that no startup can possibly compete with a huge incumbent that’s willing to sell e-books at a loss. There’s no VC on the planet willing to fund a trench war like that.

So Amazon really does have a monopoly position in this market that it sustains via predatory pricing and heavy-handed business practices-against publishers both big and small-that might make John D. Rockefeller blush.

So sure, leave Amazon alone in most of its business lines. But in e-books? Nope. They’re a monopoly in every sense of the word, and they use predatory practices to stay that way. They may offer cheap books, but in the long run it’s vibrant competition that truly benefits consumers. Regulating Amazon would hardly solve all our e-book problems-far from it-but it would be a start.

Now, I know marketing dweebs always love to slice-and-dice marketing data, torturing it until it shows that they’re the market leader in the critical “males age 24-27 in the Pacific Northwest who own cats” segment. It’s a way to claim that you’re a winner. As long as you cast the net narrowly enough.

But you can’t do this with monopolies. The Kindle doesn’t compete in the eBook market. It competes in the book market.

Trying to suss out a monopoly in only a single segment of the market reminds me of a debate I had with an old neighbor about the XM/Sirius merger several years ago. He said it should be blocked as it would create a monopoly. I said that it’s not a monopoly, because the market for mobile entertainment is much wider than just satellite radio:

What’s wrong with a monopoly in satellite radio? After all, look back a mere 6 years, when there was no such thing as satellite radio. At the time, people functioned. The world wasn’t falling apart because there were no blues stations in BFE. People lived without satellite radio, and yet people didn’t even know they were missing it.

Thus, for a satellite radio provider, they cannot be a true monopoly. First, they’re offering a product that didn’t even exist 6 years ago, and currently has such a tiny number of subscribers that it’s not in any way a necessity. Second, they’re competing not only against other satellite radio companies, but against terrestrial radio, internet radio, CD’s, and portable music players. If they don’t offer a product worth paying for, people won’t pay for it. 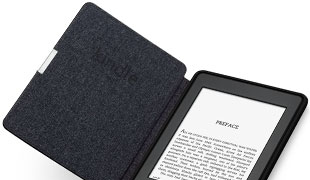 Amazon basically created the eBook market. Yes, there were eReaders prior to the Kindle, but they didn’t have a good distribution platform for books. Amazon was able to leverage their distribution model and really popularize the segment. They’ve continued to invest in the segment and thus have maintained absolutely crushing market share. They’ve even enabled completely new models for books, like the $2.99 price point that allows people to write and sell books that don’t fit the 200+ page model, and even a revival of the serial novel*.

But that doesn’t make them a monopolist. Yes, if you cast the net to ONLY eBooks, you might be able to make that claim. But eBooks are a substitute for physical books. If eBooks disappeared tomorrow, we’d all go right back to buying paperbacks and hardcovers. You simply cannot separate the eBook market from the wider book market.

Now, that gets harder to say when you see many books (like those mentioned Kindle Singles or serialized fiction) released only in the eBook format. I happen to be working on something that would fit into the Single format and something for which I would never get a “book deal” and don’t particularly want to self-publish.

But along those lines, you can’t blame Amazon for creating a new genre for publishing any more than you can blame SiriusXM for creating comedy stations where they can play George Carlin’s “Seven Words You Can’t Say On TV” uncensored even though you could never play that on their primary competitor, terrestrial radio. It still doesn’t make either a monopoly.

Monopoly is a word thrown around a lot, and despite where you stand on the validity of anti-trust law, it’s important to distinguish where the word is and is not valid. Someone who has carved out a dominant position in one niche of a much wider market–a market with many ready substitutes–is quite simply not a monopolist.
END_OF_DOCUMENT_TOKEN_TO_BE_REPLACED