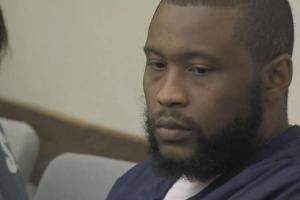 In 2013, San Diego experienced a rash of shootings.

Brandon Duncan is a San Diego musician. He has no criminal record. He is not alleged to have pulled the trigger, to have been present, to know who was present, or even to have known contemporaneously that the shootings had occurred. He is not alleged to have masterminded the murders, paid anyone to commit them, or otherwise aided in their commission.

Nevertheless, Duncan may wind up doing 25 years to life for the shootings.

Sales of an album Duncan made in 2012 may have benefitted from a surge in gang stature and respect in the wake of the shootings. Whilst it may not have been one of the best-selling albums of all time, the upswing in sales was very strong.

Duncan apparently creates music about gang activities. As Kevin Boyd reports at IJ Review, the lyrics include one line about holding a gun with no safety and another about a full clip making someone’s top disappear. The tracks can be heard here.

In any case, creating music about violence and criminal activity is not illegal. That is Constitutional Law 101. The First Amendment protects freedom of expression, including violent content in music, literature, art, media, video games, etc.

That California does not attempt to prosecute authors like Puzo invites speculation that the state is discriminating against certain content and certain genres of art and its creators. Italian-American authors writing fiction novels about Mafia violence are acceptable. African-American musicians creating rap music about street gang violence are not.

Whether or not such speculation is justified, prosecutors claim that Duncan is not merely a musician creating unsavory content. They allege that Duncan is actually a member of a gang based in Lincoln Park, California.

Of course, it is also not illegal to belong to a gang.

That too is Constitutional Law 101. The freedoms of assembly and expression necessarily entail the right to free association. The State of California can neither prohibit Duncan from associating with the people of his choosing, nor punish him for doing so.

But there is yet another dot to connect. Duncan is being charged under a California penal statute purporting to make it a crime to “benefit from” the illegal activities of a “criminal street gang” in which one “actively participates:”

…[A]ny person who actively participates in any criminal street gang…, with knowledge that its members engage in or have engaged in a pattern of criminal gang activity…, and who willfully promotes, furthers, assists, or benefits from any felonious criminal conduct by members of that gang is guilty of conspiracy to commit that felony and may be punished as specified in subdivision (a) of Section 182.

According to NBC San Diego, prosecutors explain their theory of this offense as follows:

“If you are a documented gang member, and you benefit from or promote the activities of the gang, you can be held responsible for crimes the gang commits,” the district attorney said.

To be found guilty, prosecutors must prove the suspects are active gang members, that they had “general” knowledge of the gang’s activity and that they profited, assisted or benefited from the activities. The suspects do not have to be directly involved with the crime to be found guilty.

Prosecutors are apparently presenting the aforementioned music lyrics, plus social media pictures, to demonstrate Duncan’s membership in the Lincoln Park gang. They further argue that the sales of his 2012 album benefitted from the 2013 shootings.

Duncan’s defense attorney, Brian Watkins argues that the songs are just artistic expression, and that while Duncan has associated with some members of the gang because he grew up in the same area, he is not himself a member. In an interview with NBC San Diego, Watkins had this to say:

“I mean, to imprison someone for 25 years to life because of artistic expression is something not even the worst communist regimes have done…”

The DA’s office counters that the law was passed by the voters and found constitutional by California’s Supreme Court. That decision was People v. Johnson (2013), wherein the Court analyzed ways in which Section 182.5 diverges from the traditional crime of conspiracy:

The Court seemingly reassures itself that the intent requirement is replaced with a requirement of “active and knowing gang participa[tion] … with the … intent to promote, further, or assist in the commission of a felony by other gang members.” However, just two paragraphs later, the Court concedes that:

[S]ection 182.5 brings within its ambit not only a gang member who promotes, furthers, or assists in the commission of a felony. It also embraces an active and knowing participant who merely benefits from the crime’s commission, even if he or she did not promote, further, or assist in the commission of that particular substantive offense.

So Section 182.5 dispenses with the traditional intent requirement, replaces it with a requirement that the defendant have been an active and knowing participant in the gang (but not the crime), and then punishes the defendant for receiving any benefit, however intangible, from a crime committed by other members of the gang.

That sure sounds like doing 25 years to life for one’s unsavory associations.

Long-standing criminal statutes already address racketeering, commission of or participation in, conspiracy to commit, or aiding and abetting a crime. What is the need for this particular statute other than to prosecute someone who cannot be demonstrated to have violated those traditional criminal statutes?

Ken White at Popehat reached out to the San Diego District Attorney’s office and reports that:

* The DA’s theory is that Duncan promoted the gang by writing rap music about gang activity, and that he received an “intangible benefit” – their words – by his music becoming more credible or popular. The DA did not present any evidence that the gang’s crimes had any impact on album sales.

* The DA tried to show that Duncan was a member of the gang by some photos of him with gang members throwing gang signs. But they asserted that his rap music also showed that he participated in the gang, one of the elements of the offense.

* The DA’s theory is that when a gang commits a crime all members of the gang automatically benefit for purposes of Section 182.5. That theory, if accepted, would effectively eliminate one of the elements of the crime so that the DA would no longer need to prove that any individual gang member “willfully promotes, furthers, assists, or benefits from” the criminal activity.

In short, based at least on reports of their stance at the prelim, the DA seems to be saying that Duncan violated the statute by being a member of the gang and by rapping about the gang.

In the meantime, Duncan said on an interview with CNN that the studio is his “canvas” and that he would love to continue to make music, but:

“[T]hese people have you scared to do anything around here.”

Sarah Baker
Sarah Baker is a libertarian, attorney and writer. She lives in Montana with her daughter and a house full of pets.
182.5, Brandon Duncan, gang, San Diego, Tiny Doo