“No Refusal” Laws: A Perversion of Well Intended Law And A Violation of Personal Liberty 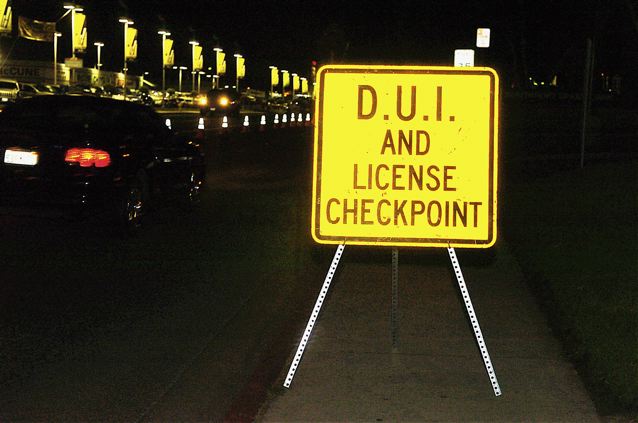 I received a tip from a friend of mine who does a lot more Reddit browsing than I do that in Texas, this weekend is what’s called a “No Refusal” weekend in Tarrant County, Texas.

Just a warning to those traveling via I-35, 290, and 45. TxDPS and local LE are out in large numbers for No Refusal Weekend and using all of their tools at their disposal. TxDPS will be monitoring via Radar, Helicopter and Laser for all speeding infractions.

There are also sobriety checkpoints, and it is No Refusal Weekend. This means that you can have your blood drawn at mobile testing stations, as judges will be on hand to sign warrants 24/7 this weekend. Don’t drink and drive, and please, if you have been drinking, call a cab.

In short: if, at a sobriety checkpoint, officers feel that a driver is driving under the influence, they can order the suspect to submit to a breathalyzer or blood test. If the driver refuses the blood test, then the police may use a warrant to forcibly seize the blood. On-call judges expedite that process, ostensibly before the suspect can sober up. In addition, refusing the test subjects the suspect to additional penalties under implied consent laws.

The first reaction anyone would have is “come on, that can’t be legal, right?”, but the right to take blood is authorized in Texas law.

In Tarrant County, Texas – which covers Dallas, Fort Worth and Arlington – nine no-refusal weekends are funded by various grants by the federal government, which Texas allows to be conducted county-wide. Normally, DUI checkpoints are illegal in Texas. DUI checkpoints themselves have been codified by the Supreme Court of the United States as being legal, per Michigan Dept. of State Police v. Sitz in 1990. Typically speaking, major holidays and major concerts are designated “No Refusal” weekends due to the higher rate of alcohol-related accidents.

I do not dispute the legality or the cause for DUI checkpoints. When motorists take to taxpayer-funded roadways, they acquiesce to the rules of the road, which include laws designated around an acceptable level of blood-alcohol content (BAC). I also am behind additional scrutiny on holiday weekends where drinking – and resulting accidents and fatalities – are increased. This is smart policing, it saves lives, and it’s not a violation of liberty due to the fact that they’re publicly owned roads. I’m not nearly as big of a fan of implied consent laws – which punish a person for simply exerting their Fourth Amendment rights against illegal search and seizure – but I believe that battle has been lost.

But the idea that the police can – on mere suspicion – force a person to be tied down, stick a needle in them, and take their blood, against their will is stomach churning. If we don’t have liberty to our own bodies from invasion by the state, unless we have been legally convicted of a crime, what liberty do we, as citizens, have? It is important to note that in this case, no crime has yet been even charged; the blood test is used to prove the crime, it is not taken after the fact. That is a gross violation of the Fourth Amendment, which starts to look shambolic when one considers the hits it’s taken over the years due to judicial overreach and milquetoast courts.

Typically, the probate judge’s role would be to supervise this process and ensure that the police have reasonable suspicion of a suspect. However, that process has been made ruthlessly efficient, with many warrants being granted over the phone within a matter of minutes, rendering the whole process meaningless. I would love to see how many warrant requests actually get turned down; I’m willing to bet the number is single digits at best. Who says the government doesn’t move quickly?

Of course, Texas – a state marked by a conservative, independent mindset that so hates government overreach that they frequently threaten to secede from the United States – is perfectly fine with invasions of a person’s individual liberty, even their bodies, when it suits the state’s desires. Texas calls for mandatory transvaginal sonograms for anyone seeking an abortion, despite other, less invasive methods of sonogram being available. They also lead the nation in state sponsored executions by an almost five to one margin. People in Texas seem to be perfectly fine with penetrating citizens with foreign objects when it suits something popular.

That is unacceptable. The American Civil Liberties Union has been fighting this for some time, as should anyone, even those who feel that anything that reduces the number of people driving drunk on the roads is a good thing. We can’t shread the Constitution because it’s popular.

Christopher Bowen
Christopher Bowen covered the video games industry for eight years before moving onto politics and general interest. He is the Editor in Chief of Gaming Bus, and has worked for Diehard GameFan, Daily Games News, TalkingAboutGames.com and has freelanced elsewhere. He is a “liberaltarian” – a liberal libertarian. A network engineer by trade, he lives in Derby CT.
http://www.superbusnet.com
alcohol, dwi, no refusal, texas