Keep Your Friends Close, But Don’t Unfriend Your Enemies Either

This was a bitter election. The candidates were bitter. The media fanned the flames. And it stretched many friendships as people realized that those they knew and loved supported a bad candidate. Because both of them were pretty bad.

But political polarization has been rising even beyond the terrible candidates that were put up for President, and it’s exposing an ugly side of this new internet world. And the reaction I’ve seen from many in places on Facebook–unfriending anyone who supported the other candidate–is only going to make this worse.

In the old days, you had 3 major networks, and the newspapers. While one can certainly claim that some of those outlets were biased, we each had the same news. We each saw the same stories. At the end of the day, we each worked under the same–albeit flawed–reality.

But in this new world of fragmented media, blogs, alternative news sites, it has now become possible to construct our own reality around ourselves. It’s not hard to get sucked into reading only the news sites with which you agree, watching only the cable news station that supports your side, and surrounding yourself only with information which conforms to your views. And that’s extremely dangerous, because it turns anyone who disagrees into “the other”. Once we lose that shared connection of humanity and start seeing our political foes as fundamentally different from ourselves, it will destroy us. 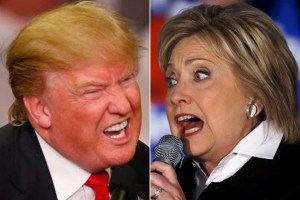 And this is where unfriending people comes in. We used to make friends through all sorts of ways. Maybe it was through college. Through work. Through shared social activities. And there are of course the bonds of family. You formed friendships and bonds based on things completely orthogonal to politics. And you learned that even though you and your friends didn’t share the same political views, you shared the common bonds of humanity. You could learn to disagree without discord.

But as we’ve become increasingly marginalized and living in “virtual” communities, we’ve increasingly made it possible to turn our private lives into an echo chamber of people who only agree as well. If you only surround yourself with mirrors of agreement, your beliefs are never challenged, never reconsidered, and never truly examined. If your response is to unfriend or mute someone on Facebook simply because they disagree with you, you’re decreasing your own ability to understand what you believe and why.

I’m somewhat lucky in that I’m a libertarian. I didn’t vote for Trump or for Hillary. I don’t agree with Republicans or Democrats. Heck, if you pay any attention to libertarians, you’ll realize that half the time, I don’t agree with libertarians either! If I unfriended everyone on Facebook with whom I disagreed, my feed would be really goddamn quiet.

So I don’t do that. I refuse to insulate myself from those with whom I disagree. I actively read not only the Trump and Clinton supporters in my feed and worked to understand and humanize them, but I try to read ideologically diverse blogs and news sources to insulate myself from confirmation bias. Am I 100% successful? Undoubtedly, no. But I make the effort.

And I highly recommend you all do the same thing. Seek out those friends of yours with whom you disagree. Accept them. Humanize them. Engage them (in productive and non-vitriolic ways) in discussion. You might learn something.

We all need to do this, for two reasons:

If you voted for Trump, or if you voted for Clinton, I may not agree with you. But you’re always welcome at my table, at my door, or in my Facebook feed. Because the bonds that connect us as humans and friends are FAR stronger than political ideals.