I’ve covered the Idaho “Hitching Post” gay marriage case. I started with a relatively in-depth look at the legal issues involved on Monday, and then covered some inconsistencies in the history of the Hitching Post’s religious designation yesterday.

Today, though, it has all been resolved. The Hitching Post’s recent change from performing civil marriages as well as religious marriages to performing ONLY Christian religious ceremonies, and explicitly forming themselves as a religious business 3 weeks ago, have now exempted them from the anti-discrimination ordinance.

Initially, the city said its anti-discrimination law did apply to the Hitching Post, since it is a commercial business. Earlier this week, Coeur d’Alene city attorney Mike Gridley sent a letter to the Knapps’ attorneys at the Alliance Defending Freedom saying the Hitching Post would have to become a not-for-profit to be exempt.

But Gridley said after further review, he determined the ordinance doesn’t specify non-profit or for-profit.

“After we’ve looked at this some more, we have come to the conclusion they would be exempt from our ordinance because they are a religious corporation,” Gridley explained.

Now, it’s partly incorrect to draw some links between this case and Hobby Lobby. That of course involved a federal law whereas this is a city ordinance, and that case was decided on the grounds of the federal RFRA, where the religious exemption is what protects the Hitching Post here. (That said, Idaho has an RFRA, and virtually everyone is in agreement here that forcing the ministers themselves to officiate the ceremony would violate it.)

But at the same time, there were a few things in that decision (and the precedent discussed in the decision) that are instructive.

The first is that Hobby Lobby held that a “closely held” corporation could have religious beliefs, in the sense that it was the direct expression of a very small-knit group of owners. While a publicly-traded corporation wouldn’t have the same protection, a corporation held by a small religious family is entitled to the same protections under RFRA that the owners themselves would be, because the corporation is not truly separable from them as owners.

Leo Morales of the ACLU of Idaho said the exemption makes sense as long as the Hitching Post primarily performs religious ceremonies.

“However, if they do non-religious ceremonies as well, they would be violating the anti-discrimination ordinance,” Morales said. “It’s the religious activity that’s being protected.”

So while some of the red-meat Conservatives were hoping that this would be the wedge that destroys gay marriage, I think everyone’s out of the water.

And to the Knapps, while I profoundly disagree with your belief, and sincerely hope that you come to my side of the aisle on this one, I am glad that you won’t be going to prison or subject to fines. As a libertarian, I think you’re wrong, but as you haven’t taken anyone’s rights away by failing to offer them services, I’m not in the camp that wants to throw you in a cage for it.

Opponents of gay marriage have consistently predicted that legalization of gay marriage would force churches to perform the ceremony. Supporters have said that this was highly unlikely, and not the intent of legalizing gay marriage.

It appears the first shots have been fired in this fight, and it’s an extremely interesting case. As usual, in a case like this, hyperbole is flying FAR ahead of knowledge, so I’ll do my best to give you the whole picture. Hyperbole aside, the Alliance Defending Freedom–who I’m somehow now linking twice in a week?–gives a pretty solid summary:

The Hitching Post Wedding Chapel is across the street from the Kootenai County Clerk’s office, which issues marriage licenses. The Knapps, both in their 60s and who themselves have been married for 47 years, began operating the wedding chapel in 1989 as a ministry. They perform religious wedding ceremonies, which include references to God, the invocation of God’s blessing on the union, brief remarks drawn from the Bible designed to encourage the couple and help them to have a successful marriage, and more. They also provide each couple they marry with a CD that includes two sermons about marriage, and they recommend numerous Christian books on the subject. The Knapps charge a small fee for their services.

Coeur d’Alene officials told the Knapps privately and also publicly stated that the couple would violate the city’s public accommodations statute once same-sex marriage became legal in Idaho if they declined to perform a same-sex ceremony at their chapel. On Friday, the Knapps respectfully declined such a ceremony and now face up to 180 days in jail and up to $1,000 in fines for each day they decline to perform that ceremony.

First, of course, we need to make an assumption. The assumption is that anti-discrimination laws are just and good and necessary. There are many areas within libertarianism in which this comes into question. I do not intend to cover that here. As a result, we get into questions of competing rights regarding access to a “public accommodation” vs the Free Exercise protection of the First Amendment. 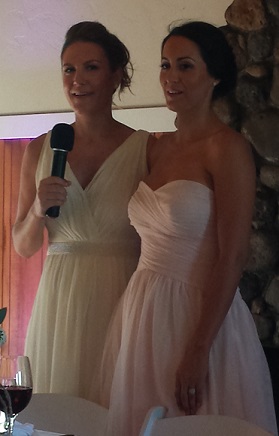 When it comes to performing marriages, however, this changes. For example if you are a same-sex couple who wants to force the Catholic Church to host your wedding, you’re out of luck. In that case the religious purpose of the institution is key. It is clearly a religious institution for which performing marriages is a sacred rite, and you don’t have the right to force them to officiate marriages contrary to their sincerely-held religious beliefs. As a result, the Coeur d’Alene statute does have an exemption for religious institutions.

So where does the Hitching Post sit? Here’s where it gets complicated. Are they a “public accommodation” because they’re primarily a business, not primarily a church, performing marriages for a fee? Or are they primarily a ministry advancing the teachings of Christ through the marriages they perform, and should be exempt from Coeur d’Alene’s law based on the religious exemption. I’m 50 pages into ADF’s lawsuit, and I’m having a hell of a time figuring it out.

For example, even the facts asserted in the lawsuit suggest that the Hitching Post is primarily a business, situated where it is in a very opportunistic location out of convenience.

Having been married in the Catholic Church myself, I can tell you that nothing I’ve read in the facts of this lawsuit suggest that the ministry offered by the Knapps is anything like the excruciating Engaged Encounter my wife and I had to sit through! And the 12-minute ceremony on youtube officiated by the Knapps doesn’t seem to carry the mass of the 1 1/2 hour Mass at our wedding…

Nor, IMHO, are they helped by the fact that they’re doing 1400 weddings a year, and don’t seem to offer any other religious ministry outside of the ceremonies they perform. They limit officiation of weddings to only themselves, but one can suggest that this is done to ensure their site is not used for same-sex weddings. They certainly don’t seem to have any issues officiating the weddings of other faiths:

One can imagine that a same-sex couple bringing their own officiant [while still paying the Knapps full price] would not substantially burden the Knapps’ religious Free Exercise, but as you can read, their own policies ensure that this is not acceptable.

On the opposite side, the fact that they DO only perform the marriages themselves, and specifically DO provide quite a bit of Christian-oriented material to the couples they marry (see pages 28-31 of the lawsuit). I do honestly believe their religious beliefs are sincerely-held. I do believe they view their business as doing the Lord’s work, as their ministry to the world.

That’s why this is so hard. The question is not whether churches can be forced to perform gay marriages, but the degree to which certain businesses are religious or non. Coeur d’Alene city attorney Warren Wilson, while arguing that the Hitching Post probably falls under the “public accommodation” designation, had this to say:

“I would think that the Hitching Post would probably be considered a place of public accommodation that would be subject to the ordinance.”

In Washington, no clergy person is required to marry a couple if doing so would violate the dictates of their faith tradition. Idaho does not have a similar exemption in place, but religious entities are exempt from the Coeur d’Alene ordinance, so pastors in the city are not obligated to perform same-sex weddings. But any nonreligious business that hosts civil ceremonies would fall under the city law, Wilson said.

Is the Hitching Post a religious entity, or is it a non-religious business? I have a feeling it’s going to come down to under what circumstances they’ve turned away traditional couples based on other violations of their Christian beliefs. If they have a history of turning away open atheists, or turning away Muslims, or perhaps frowning on Christian/Muslim unions, they may have a leg to stand on. In that case, they can show that they’ve turned away opposite-sex couples (and their dollars) based upon the sincere religious nature of their business.

But if they’ve got a history of taking money from pretty much any opposite-sex couple that walks through the door and it’s only the gays that they turn away, I think they may be considered a public accommodation. Even then, they have an extrajudicial way out. If they do allow same-sex couples to bring their own officiant, they would thereby be excluded from having to do the specific act (solemnizing the wedding before God), which I think many courts would view as not substantially burdening their Free Exercise.

So what does this all mean? It means we’re probably in for a very long, protracted legal battle. If this goes to a judge for ruling rather than some sort of settlement or extrajudicial recourse, it’ll probably be decided on grounds VERY unique to the specifics of the Hitching Post and their history of exerting their religious will vs acting like a for-profit business, and not on the wider legal issue of discrimination in general.

What does that mean? It means that this case will probably be useless when it comes to deciding future precedent, and will be highly technical. Of course, that won’t stop whichever side loses from considering it the end of their world.