What Is The Best Way To Advance Liberty? 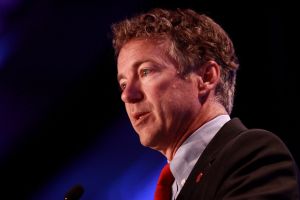 The answer is all of the above. There is no one path to advance the ideas of liberty. Nor will there ever be a utopian society that is 100% libertarian, nor should there be in a pluralistic society. Liberal ideas and ideals advance and change over time.

There are some ideas we need to dismiss off hand.

The prospects for liberty are great, regardless of the struggles of one particular presidential candidate. In fact, liberty means many things to many people and that’s good. While authoritarianism is rearing its ugly head in both political parties this year, I’m confident we can defeat it.

Kevin Boyd
I’m one of the original co-founders of The Liberty Papers all the way back in 2005. Since then, I wound up doing this blogging thing professionally. Now I’m running the site now. You can find my other work at The Hayride.com and Rare. You can also find me over at the R Street Institute.
http://thelibertypapers.org/2005/11/22/a-bit-about-kevin/
advancing liberty, Free State Project, Rand Paul