Tag Archives: Freedom of the Press

No Publius in the Alabama Senate Press Room 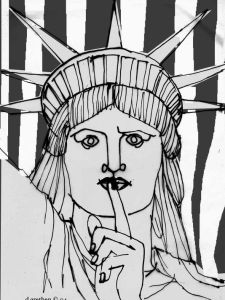 Del Marsh, R-Anniston, president pro tempore of the Alabama Senate, has asked the Alabama Press Association to assist Senate staff “in determining a proper definition of what constitutes a journalist meriting access to the press room.” Senator Marsh only wants real “journalists” in the press rooms. The others—“partisan political blogs and shady fly-by-night websites offering purposely skewed and inaccurate interpretations of hard news events”—can “sit in the public gallery and blog about what they see” from there.

Luckily for him—and the Alabama Press Association—the U.S. Supreme Court has already made it simple to determine who possesses the freedom of the press.

“The press” refers not to a group of people, but to the action of publication itself. Thus, “freedom of the press” protects not a privileged group of actors, but the action of conveying information and ideas, wherever that action is undertaken, by whatever means and whatever person. The Supreme Court has repeatedly recognized as much:

The press, in its historic connotation, comprehends every sort of publication which affords a vehicle of information and opinion.

The administration of a constitutional newsman’s privilege would present practical and conceptual difficulties of a high order. Sooner or later, it would be necessary to define those categories of newsmen who qualified for the privilege, a questionable procedure in light of the traditional doctrine that liberty of the press is the right of the lonely pamphleteer who uses carbon paper or a mimeograph just as much as of the large metropolitan publisher who utilizes the latest photocomposition methods. Freedom of the press is a “fundamental personal right“… The informative function asserted by representatives of the organized press … is also performed by lecturers, political pollsters, novelists, academic researchers, and dramatists.

Is it too idealistic to think that something called a “press room” should be open to all the people who possess the “freedom of the press,” which is to say everyone?

Surely, the general public cannot demand admission to White House press briefings. And Marsh would say he is not proposing to restrict the act of publishing, but rather the act of entering the press room. The former is a constitutional right; the latter (Marsh would argue) is a special privilege.

The distinction is not without meaning, as Doug Mataconis has comprehensively explained. Just as federal and state governments can grant special privileges for religious beliefs without running afoul of the First Amendment, so too can they grant extra-Constitutional privileges, such as testimonial shield laws, to only certain members of the media.

When expanding protection, legislatures are entitled to draw lines that might not be permissible in the case of abridgements.

Because press shield legislation would extend immunities to the press beyond what the First Amendment has been held to require, it probably does not violate the Constitution to confine those immunities to a subset of entities entitled to protection under the Press Clause.

Marsh might seek to characterize his proposal, not as an infringement upon freedom of the press, but a special perk akin to a media shield law for favored groups in their exercise of that right. That might be constitutional.

Its practical unworkability is evidenced by other efforts to establish criteria for the receipt of such special perks. Such criteria inevitably focus on the regularity and primacy of the journalistic activity to that individual or entity and whether that activity constitutes a business endeavor for financial gain or livelihood.

As former Circuit Judge for the Tenth Circuit Court of Appeals and Director of the Constitutional Law Center at Stanford Law School Michael W. McConnell has observed, those standards risk excluding publications like The National Review, The Weekly Standard, Slate and Newsweek, which are sometimes kept afloat by donors rather than profits. They risk excluding the National Geographic Society, the Smithsonian, and the American Bar Association, which engage in journalism as secondary to other endeavors. And they risk excluding authors, documentary filmmakers, and pamphleteers, who do not follow any predetermined cycle to their publishing.

Senator Marsh would do well to remember, also, what Doug Mataconis observed:

[I]t was a bunch of bloggers who discovered that the memos that CBS News relied upon to support its story about George W. Bush supposedly ducking out early on his National Guard commitments were forgeries. That report, you’ll recall, came out at the height of the 2004 re-election campaign and threatened to have a major impact on the election. Instead [thanks to those bloggers], it ended up having a major impact on the careers of several CBS News employees, including a man who had been anchoring the CBS Evening News for more than 20 years. For reasons like that, it’s important that we make sure that shield laws don’t end up being something that only cover members of what essentially amounts to a protected cartel while bloggers and free-lancers are left out.

Under Senator Marsh’s approach, “real” journalists like Dan Rather would no doubt gain admission to the Alabama legislature’s press rooms. What about the bloggers who uncovered the problems with Rather’s documents? 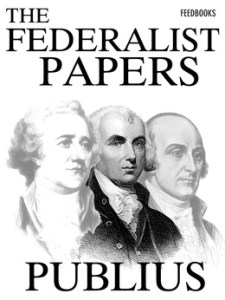 It is not always clear, based on mainstream status, who is the partisan, shady, fly-by-night imposter “offering purposely skewed and inaccurate interpretations of hard news events” and who is engaged in real journalism. Senator Marsh should reconsider his efforts to impose press credentialing standards that Thomas Paine, Publius, and the Federal Farmer would be unable to satisfy.

Sarah Baker
Sarah Baker is a libertarian, attorney and writer. She lives in Montana with her daughter and a house full of pets.
Del Marsh, First Amendment, Freedom of the Press, journalist, Press Rooms