The Mirror in Ferguson 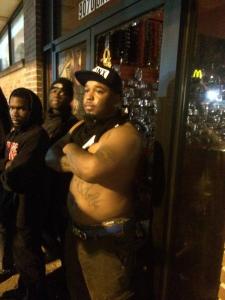 I had mixed feelings about sharing these two videos by Johnathan Gentry and Fredrick Wilson respectively. On the one hand, I disagree with some of the collectivist assumptions reflected. I do not think, for example, that law-abiding people have some peculiar responsibility for crimes committed by others, merely because their skin tones are similar. I reject the very concept of race—biological essentialism being obsolete at least as applied to racial categorizations—and would prefer a world in which people’s group identities were defined by their values and interests rather than the shades of their skin.

Nevertheless, there is a message of strength and empowerment in these videos so rare in this day and age that the words deserve to be heard—not just by their intended audience of people who look a certain way on the outside, but by everyone who sometimes fails to look hard enough inside themselves. I could not get the videos to appear as previews, so please click on the links above and watch both, because these men’s words are more powerful and thought-provoking than anything I could write.

Increasingly, we blame rich people, corporations, white people, the patriarchy, the government, politicians, our parents, our bosses, our teachers—everyone but ourselves—for the circumstances of our lives. Sometimes it is painful to look in the mirror and acknowledge that we are where we are, not because the world is unfair, but because of our own choices and actions—even harder to consider that we could get somewhere else, starting now, if we would but expend the effort.

Ferguson is the ultimate mirror, forcing that hard look. 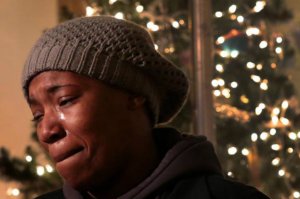 Natalie Dubose’s bakery was destroyed in the Ferguson rioting. A GoFundMe campaign has been set up to help her rebuild.

When we remember to see ourselves and each other as individuals in categories of one, instead of archetypes of the groups to which we belong—white cop, black man, Asian student, working poor, the 1%, Christian, Muslim, woman, mother, Jew—it becomes possible to consider that Officer Wilson may have been justified in using deadly force—and still acknowledge the increasing militarization of the police and that some police departments have race relation problems. To accept that Wilson likely would have been acquitted after trial—and still ask questions about the strange way the grand jury proceeding was conducted. To contemplate that the grand jury made the right decision and simultaneously acknowledge that people see more phantom guns when they are looking at someone of another race. To ask questions about how police interact with members of some communities and not lose sight of the fact that unarmed white men are killed by cops too. 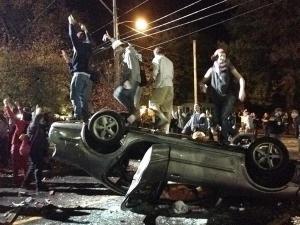 It becomes possible to recognize that people with darker shades of skin are no more responsible for rioting in the wake of a grand jury proceeding than people with lighter skin are responsible for rioting at pumpkin festivals or in the wake of a sporting event. The vast majority of people of all the arbitrary groupings we call “races” are law-abiding. Finding differences at the extremes and then generalizing them to everyone in the group is falling for the fallacy of the tails.

Yet there is something inherently inconsistent about objecting to being stereotyped based on your race or gender or religion or nationality or class—while simultaneously embracing that group identity.

If your identity is tied to a shared history of oppression, a struggle against obstacles and unfairness so overwhelming that other members of your group have snapped in anger or folded under the pressure, you cannot simultaneously ask others to ignore this aspect of your identity when they interact with you. 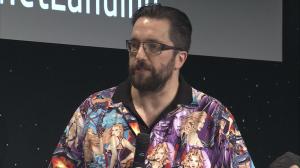 It is the same fundamental mistake made by the women of #ShirtGate. You cannot proclaim yourself so disempowered that pictures of scantily clad fictional women on a shirt impact your comfort in the STEM fields (science, technology, engineering and mathematics) and simultaneously demand to be treated as equal in these fields. As Glenn Reynolds so aptly stated:

It seems to me that if you care about women in STEM, maybe you shouldn’t want to communicate the notion that they’re so delicate that they can’t handle pictures of comic-book women. Will we stock our Mars spacecraft with fainting couches?

You cannot have it both ways.

You have to choose.

Are you an individual who overcomes what the world throws your way? Or have you embraced a group identity defined by oppression that mutes your abilities and exempts you from personal responsibility for your actions and your outcomes?

The choice is yours.

Accept that you will be judged and treated accordingly.

Sarah Baker
Sarah Baker is a libertarian, attorney and writer. She lives in Montana with her daughter and a house full of pets.
Ferguson, grand jury, Matt Taylor, militarization, police