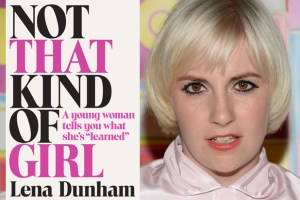 Gawker reporter J.K. Trotter has revealed the real name of a real human being who Trotter hypothesizes might really have raped Lena Dunham, as she described in Not That Kind of Girl. I think he was wrong to do so and will not repeat it here, or link to the article.

Suffice to say that Gawker previously obtained a copy of the book proposal Dunham submitted to her publisher. The identifying details set forth in the proposal were different than the details included in the published book. Using a combination of both, Trotter was able to identify a former Oberlin student who could be the person described.

That person, however, is not a Republican or a conservative, but a registered Democrat. I confess to finding this discrepancy interesting. Dunham called her alleged rapist “a mustachioed campus Republican” and “the campus’s resident conservative.” I interpreted her repetition of that detail, as it was reported in the media, as intending her audience to make some connection between the young man’s party affiliation and his alleged conduct—and to generalize that conduct toward others who share the affiliation.

Perhaps I was mistaken to assume that Dunham or her supporters harbored such an intent. Perhaps changing this detail might simply have been an effective and innocuous way to obscure the man’s identity. I cannot know. Regardless, of whatever interest it may be, it does not justify naming an actual person who may be guilty of nothing more than serving as source material for a composite character.

Have we learned nothing from the UVA rape story?

Dunham and her publisher have already had to apologize—weeks after he had been identified—to an identifiable campus conservative named Barry (the name Dunham used in her book). Why drag yet another person, presumed innocent in the absence of a conviction, into this?

By Trotter’s own admission, the motivation is to push back against “right-wing” questions about Dunham’s story:

Following the clues in the published text, Dunham’s antagonists have declared that the rape story is a hoax, one that falsely implicates a fellow student. The investigation has led Dunham’s publisher to announce a revision to future editions of the book—confirmation, to her foes, that she is lying, and that her alleged rapist doesn’t exist.

Most mainstream outlets have covered the details of the case with trepidation, if they cover them at all, allowing the central claims of the right-wing account to stand unchallenged. But the investigators aren’t just distasteful. They’re wrong.

In other words, Trotter has an agenda. He wants to exonerate Dunham from suggestions that she fabricated her story, even if that means convicting someone else of rape.

What qualifies Trotter to make this determination? Is he a judge? A lawyer? A sworn juror, having viewed the credibility of the witnesses on the stand and been instructed with the governing law? Was the accused given a defense, an opportunity to cross-examine the witnesses against him, and access to exculpatory evidence?

If Rolling Stone’s infamous UVA rape story has taught us anything, it is that people sometimes lie. They lie about unpredictable things and for unpredictable reasons. Their reasons for doing so are as many and myriad as they are. To insist that women never lie about rape—or at least not often enough to matter—is to reject the range and variability of the experience of being female.

This is not to say that Lena Dunham is lying.

Unlike the person named in Trotter’s article, she laid her story out for public scrutiny and made a lot of money in the process. She injected politics into it—wittingly or not—by focusing attention on the man’s party affiliation. She took her time clearing the name of the identifiable campus conservative whose name matched the one used in her book.

Nevertheless, she deserves the same presumption of innocence as the person named in Trotter’s article. Dunham made a clear effort—based on Trotter’s own reporting—to protect the identity of the person she alleges raped her. She made an unequivocal (albeit slow coming) statement clearing the name of the man others had previously identified. She is entitled to write a memoir that is based on true events or that uses composite characters.

I am in no more position to judge her false than Trotter is in position to name someone a rapist as part of a quest to exonerate Dunham against “right-wing” challenges. His doing so, for that stated reason, is not journalism. It is trauma advocacy and cultural arbitration, at the price of a fellow human being.

Sarah Baker
Sarah Baker is a libertarian, attorney and writer. She lives in Montana with her daughter and a house full of pets.
Gawker, JK Trotter, Lena Dunham, Not That Kind of Girl, rape