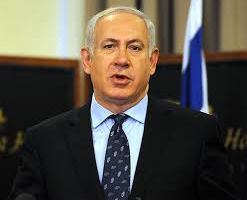 Jon Stewart Is Becoming A Libertarian

As the economy continues to stagnate, Jon Stewart appears to have developed a very healthy helping of skepticism about progressive economic policies. This on top of his tearing President Obama apart for his continued embrace of executive power (completely counter to the criticism of Bush-era civil liberties violations that got him a standing ovation at the Democratic National Convention in 2004) and embrace of Charlton Heston makes one wonder if Stewart is making himself up to be some sort of left-libertarian. If that’s the case, I would be more than happy to have him on board.

After Cordoba Controversy, It’s Time To Look In The Mirror

Building off of Stephen’s post on Jon Stewart revisiting his past transgressions, I thought it would be worth exploring how my own previous writing and those of others across the political spectrum provided an opening for the pure ugliness of Newt Gingrich, Pam Geller, Michelle Bachmann and the like in the wake of the “Ground Zero Mosque.”

In 2006, we saw a similar explosion with the 2006 acquisition of several American ports by Dubai Ports World. Like the construction of Cordoba House, it was a normal occurrence that had the misfortune of coming after an explosive controversy in which the role of Islam in Western society was at question: the violent eruption in the wake of the Jyllands Posten Mohammed cartoons published in Denmark.

The controversy over Cordoba House has the misfortune of coming only months after a militant Islamist website posted that Matt Stone and Trey Parker, the creators of South Park, risked ending up “like Theo Van Gogh” after airing a very, very tame cartoon about the depiction of Mohammed which skewered the absurdity of the controversy more than anything to do with Islam itself.

Like the Danish cartoon controversy, the South Park controversy really irked people from across the political spectrum. Dan Savage, the uber-liberal gay rights activist from my hometown of Seattle, promoted “Everybody Draw Mohammed Day!” As much as I loved the concept when it first popped up, I have to admit that I’m rather ashamed of it now. Dan Savage may feel the same way, as the post is no longer available on The Stranger website where it was originally posted.

Ayaan Hirsi Ali, who I respect greatly and whose life story gives her every justification to hold her home religion in contempt, does exactly that. As much as I do respect her, her column on the South Park controversy retrospectively seems like an urging of precisely the reactionary fear mongering we’ve seen against Cordoba House:

Another idea is to do stories of Muhammad where his image is shown as much as possible. These stories do not have to be negative or insulting, they just need to spread the risk. The aim is to confront hypersensitive Muslims with more targets than they can possibly contend with.

I linked to Ali’s column when it was first written. If I had known that this mentality would have led to attacks on mosques throughout the country or modern day lynch mobs, I wouldn’t have done so. I’m not going to endorse such views in the future.

The same goes for this speech on Real Time by Bill Maher, which I cheered greatly when it aired but that I am now much more unsure of:

Muslims are a full 1% of the American population. Their beliefs range from secular traditionalism (observing Ramadan but infrequently attending mosque just as many Christians observe Easter and Christmas) to donning the nijab and living according to a rigid Koranic doctrine. In the last decade, we’ve seen a great level of intellectual output from Americans with Muslim backgrounds – Khaled Hosseini, Irshad Manji, the aforementioned Ali – and  unless we really want to completely alienate our Muslim fellow travellers, it would be best for all of us, including me, to rethink how we approach these issues.

In moderating his approach, Charles Johnson at Little Green Footballs seems to be on the right path. A critic of jihadism during the Bush years, he broke from the right when he began to see people he respected joining up with Nazis and unapologetic racists. Having seen both sides, LGF is now a great staple in the building up of the pluralism necessary for a society in which we can all cohabitate. Let’s move away from the hate of the Pamela Gellers and into something more constructive.