Katie Couric and Her New Documentary “Under the Gun” 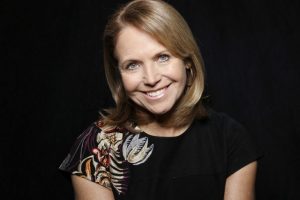 Katie Couric is taking heat for a misleadingly edited scene in her new gun control documentary called Under the Gun, which is currently airing on the cable channel EPIX. In the scene, Couric asks a group of gun rights supporters how we can prevent “felons or terrorists” from purchasing guns if we fail to perform background checks.

In response, her interviewees are seemingly stumped by the question, relegated to awkward silence. For nine seconds, they twitch and shift and flutter their eyes. One looks off into the distance, searching for an answer.

It is laughable to anyone who has not reduced gun rights supporters to caricatures.

To be sure, the question is a confusingly worded one. What is the set of circumstances in which someone walking around free, buying guns, would be revealed by background check as a “felon” or “terrorist?” If Couric meant convicted felons and terrorists, then presumably they are in prison, not out buying guns. If she meant convicted felons and terrorists who have served their time and been permitted back into society, then there is a legitimate question as to whether their Constitutional rights should be restored. In any event, we already have laws precluding convicted felons from owning guns and requiring background checks to ensure they do not.

However the question is meant to be interpreted, it is not exactly groundbreaking. This is not new terrain. This is not something gun rights advocates have never considered. The vast majority of gun rights supporters have already extensively considered this issue and come to a reasoned opinion.

Thus, to anyone in the gun rights community, Couric’s footage is an easily identifiable fraud. Unsurprisingly, audio footage obtained by the Washington Free Beacon has confirmed it to be precisely that. What actually occurred, as would be expected, was that the interviewees gave immediate, polite responses to the question.

In fact, with varying degrees of clarity and eloquence, they tried to articulate the points I raised above. Their responses may not have been the best way to cover those points in the film. If the director had wanted to play Couric asking the question and then explore responsive concepts in some other manner, I doubt anyone would have faulted the creative decision. But manufacturing nine seconds of awkward, twitchy silence suggests the director had another goal in mind.

Called out on the manipulative editing, director Stephanie Soechtig explained that her intention was to “provide a pause for the viewer to have a moment to consider this important question” and that she “never intended to make anyone look bad.” Shortly thereafter, Couric said she supported Soechtig’s statement and was “very proud of the film.”

There are a couple different ways to interpret all of this.

One is that Soechtig and/or Couric are being dishonest about their motivation for altering the footage. The real reason was to perpetuate a narrative in which gun rights supporters are portrayed as reckless and ignorant, red state dullards without the most basic concerns for public safety. Showing the interviewees answering the question—or cutting away without playing the nine manufactured seconds of silence—would detract from that narrative and leave an unfortunate impression that gun rights supporters actually have reasons for their positions.

Alternatively, Soechtig/Couric are telling the truth. It is not gun supporters they perceive as simple, but rather their own audience. The viewers needed those nine extra seconds of silence to confront such a groundbreaking question, to wrap their neophyte minds around its unprecedented implications.

Or perhaps there is simply a strange sort of narcissism at play. In this interpretation, it is Soechtig/Couric who are the simpletons. In their minds, no one had ever confronted this mind-blowing question until Katie Couric so amazingly thought of it. Playing the actual footage would have interfered with viewers’ appreciation of Couric’s prowess in asking this life-altering question. So instead the filmmakers faked some footage to leave a more suitable impression.

It is certainly possible to be both a journalist and an activist. While I do not always agree with his positions, I acknowledge that Glenn Greenwald does both so well that each component is made more powerful by the other. It works because he is honest and transparent about the activism, while approaching the journalism part ethically and with humility.

In contrast, altering footage to show something that flat out did not happen is neither journalism nor a particularly competent form of activism. It is storytelling for naïve audiences. It is fundamentally dishonest and narcissistic. And it will not promote dialogue about gun safety.

Update: Couric has provided further response to the accusations.

Sarah Baker
Sarah Baker is a libertarian, attorney and writer. She lives in Montana with her daughter and a house full of pets.
Katie Couric, media bias, Under the Gun, Virginia Citizens Defense League