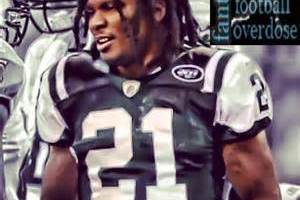 Before going out this New Year’s Eve, check out this infographic. The cops will be out; be sure you know your rights.

This Advice Could Save Your Life and Preserve Your Liberty

The fact that the police can get away with killing an individual who presented no threat to anyone with the whole incident caught on camera is quite disturbing. A grand jury decided not to indict a NYPD officer by the name of Daniel Pantaleo who used a choke-hold banned by his own department which resulted in the death of Eric Garner. Unlike the incident in Ferguson which contained conflicting testimony and forensics which support Darren Wilson’s version of the event, this event in New York was caught on video from at least two different camera angles (and available on YouTube for the whole world to see). This seems pretty cut and dry at least for an indictment.

So how is it that almost any accused individual brought before a grand jury is indicted unless the accused individual happens to wear a government issued costume? Are grand juries really that biased toward the police? After reading a few dozen comments on threads responding to the grand jury decision, I’m afraid the answer is yes (if you want to lose all hope for humanity, read the comment section to any article of consequence). I reach this conclusion because these are the sort of people who serve on juries and decide that it’s perfectly okay for the police to kill someone if the suspect had any criminal record of any kind, resisted in any way, or even “disrespected” the police on the scene.

The truth is that reforming the way police do things is going to take time as changing people’s attitudes is going to take time. There are things that we as individuals can do here and now so that we don’t become victims of the police, however. Many of these perfect, law abiding specimens of humanity who like to share their wisdom with the rest of us on the internet say that if Eric Garner hadn’t resisted (at all) he would never have been put in the choke hold that contributed or caused his death. On this point, I grudgingly have to agree.

I don’t say this because I believe the use of force against Garner was appropriate but because far too many people do (and juries are composed of people who aren’t always very reasonable).

One common thread in many of these viral videos where the police overreact is that the individual either resists (however mildly), makes a sudden move, or is perceived as being armed [1]. The worst thing you can do is give the cops a reason to use force and an excuse for jurors who will normally give the police the benefit of the doubt a reason to doubt.

So how does one increase one’s odds of surviving an encounter with an overzealous cop? Here are a few suggestions.

1. Before you end your session on the internet today, watch Flex Your Rights’ “10 Rules for Dealing With Police.” I have the entire series and a summary of the rules posted here. If you know how you can respectfully but firmly assert your constitutional rights before the next time you are confronted by the police, you will have advantages most people do not and you will reduce the chances that the encounter will escalate to violence.

2. Act as if the encounter is being recorded and your actions will be scrutinized in front of a judge, jury, and/or the general public. For better or worse, cameras have become ubiquitous, so the chances the encounter is being recorded increase everyday. Use this to your advantage. Better yet, if you have a camera phone, record the encounter yourself. Recording the police in public is legal almost everywhere in the U.S. Follow this link to be sure of the specific legalities of your state. Once you have the camera rolling, follow the aforementioned “10 rules” and be the kind of person a judge, jury, and the general public would be sympathetic toward. If you act like a jerk or are disrespectful in any way (regardless of how the cop acts) this could all backfire.

3. Don’t make any sudden moves and keep your hands visible at all times. If you are pulled over keep your hands on the steering wheel and turn on the dome light if its dark out. When the cop asks for your license and registration, say something like “My license is in my wallet” and very slowly reach for it and hand it over. Then say “My insurance card and registration is in the glove box” then slowly open the glove box and retrieve the documentation. Better yet, have the documentation ready before the cop comes to your window; its less movement and you know you will be asked to produce these items anyway. Had this man followed similar advice, he might not have been shot by a South Carolina State trooper.

4. Understand that you are NOT in control. If the police have decided to put cuffs on you and/or arrest you, do not physically resist, attack, or run. If you do, the results will not end in your favor. Whatever injustice has befallen you will not be settled until later. Also, keep your mouth shut and only speak of the event with your attorney.

Its my hope that these cases which have scandalized us all will lead to better understanding of how we can peacefully resist the growing police state. Its not my intention to blame the victims such as Eric Garner, John Crawford III, Kelly Thomas and countless others but to do my part in not creating new victims of overzealous cops afraid of their own shadows.

[1] Its become a pet peeve of mine seeing headlines that state that the police shoot an “unarmed” man. For one, unarmed does not mean harmless. Also, its probably safe to say that most of the time when the cops shoot an unarmed person, it was unclear if s/he was armed at the time. While we can and should scrutinize the police when they use force, we cannot expect them to have perfect knowledge in real time.