Most Police Abuse Committed by a Handful of Officers 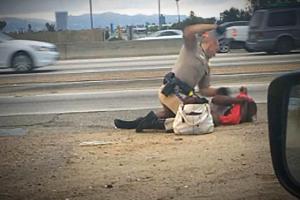 Jonathan Turley at Res Ipsa Loquitur has posted an interesting snippet about a study concluding that the majority of police abuse incidents are committed by a small group of officers:

… A relatively small number of officers are responsible for over half of police abuse claims. We have seen similar results in studies of malpractice cases of doctors. Yet, this small group of officers not only tarnish the reputations of all officers but cost massive amounts of money. …

Law professor Craig Futterman, who runs the University of Chicago’s Civil Rights and Police Accountability Project, has done some interesting work in this area. His study of the Chicago Police Department found the same officers fueling these costs. It suggests that a better job of self-policing could result in substantial savings for police departments and more importantly greater protection for citizens.

In the wake of the shooting of two police officers in Ferguson, Missouri, and the executions of two officers in New York City in December, it is unquestionably important to keep this in mind. I generally think most of us in the reform movement already know it.

The problem is that we lack confidence in police efforts to police their own. As Turley notes:

…Most cities still resist keeping records that would help identify such officers and track patterns. This would seem to offer obvious areas of reform for departments. We have certainly seen anecdotally that officers involved in controversies often seem to have checkered histories of prior lawsuits or serious complaints. The problem is the political will to implement the academic findings.

The lengths departments are willing to go to remain ignorant of the bad apples in their barrels are reflected in the costs passed on to taxpayers. Chicago paid a half a billion dollars over a ten year period. New York City paid that amount over a five year period. A single division in Los Angeles cost the city $125 million.

Yet Lou Reiter a former Los Angeles deputy police chief who trains police departments on “liability management,” says departments rarely ask themselves what they could have done differently to avoid those costs. Instead they blame the courts or the public for not understanding the difficulties inherent in the job.

Many do not keep records or make an effort to run the numbers to identify the “relative handful of officers” who account for half of all complaints:

While New York City pays the Police Department’s skyrocketing legal bills, the department makes almost no effort to learn from lawsuits brought against it and its officers. The department does not track which officers were named, what claims were alleged or what payouts were made in the thousands of suits brought every year.

What’s more, officers’ personnel files contain no record of the allegations and results of lawsuits filed against them. Neither the Police Department’s Internal Affairs Bureau nor the Civilian Complaint Review Board investigates allegations made in lawsuits, and police officials review only the litigation files of the few dozen cases each year that result in payments of $250,000 or more.

The majority of police officers are innocent of abuse.

But when good men do nothing, evil triumphs.

Sarah Baker
Sarah Baker is a libertarian, attorney and writer. She lives in Montana with her daughter and a house full of pets.
Chicago Police Department, Ferguson, LAPD, NYPD, Police Abuse