Why Legislating Morality Is A Good Thing 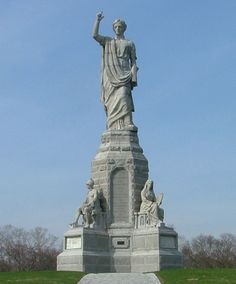 One of the phrases that irritates me about politics is when the phrase “we shouldn’t legislate morality” is uttered. Usually, that person does mean well (ie. supporting a separation of church and state), but it doesn’t diminish the fact that the phrase itself is ignorant. I would argue that a free liberal society must legislate morality if it is remain both a liberal society and a free society. All laws are is the morality of a society that is written down, therefore you cannot make laws if you’re not legislating morality.

I’m a classical liberal, which means I believe that the only moral purpose of government is to defend life, liberty, and property. I also believe in things such as pluralism, tolerance, the advancement of science and technology, realism, and reason. I want the morality of society to recognize these things in the laws that are made by the government that is supposed to represent us all. In fact, I would go even further to argue that moral relativism and liberty cannot coexist.

What I don’t advocate

When many people read this title and the first paragraph they’re probably thinking, “Kevin is about to argue for some sort of a theocracy.” Well, once you’ve read the second paragraph you probably realize that I’m no theocrat. Yes, I am a Christian, but I don’t need to law of Ceasar to guide my walk with Jesus Christ. While it is unreasonable to ask people check their religious and cultural beliefs at the door when discussing politics, in a pluralistic society such as the United States there is no place for legislating based on religion.

The morality of a free, liberal society

The government must legislate based upon the morality of a liberal society. Since we classical liberals believe that the only moral purpose of government is to defend life, liberty, and property; we must keep government restrained except for those core functions. We know that as government grows, freedom contracts.

To promote a pluralistic society, we adopt an approach of “live and let live.” As long as your actions do not harm others lives, cause physical injury, or threaten their property; the government should not ban it. However, those who violate the life, physically harm others, and threaten property are punished severly. Government should stay out of bedrooms, computers, wallets, and everything else that is private.

Nor should government force people to love one another. All that a person has the right to ask from the government is to protect their life, liberty, and property; not to protect their feelings from being hurt. Trying to eliminate prejudice and bigotry through social engineering is a fool’s errand. Tolerance on the other hand must be practiced by the state and the state must treat all equally regardless of gender, race, religion, or sexual orientation. Equal justice under the law is a hallmark of a liberal society.

This does not mean we have to agree on everything

As a classical liberal, I do not require you to agree with me on everything in order to believe in and promote liberty. For example, I can see pro-liberty arguments for opposition to legalized abortion, assisted suicide, and euthanasia. I can also see both sides of the issue on the death penalty. I can also see an argument for some sort of social safety net in order to protect property rights from looters. There are also many other issues where good, liberty minded people can hold both sides.

As for the culture, persuasion not force

As my friend and fellow Louisiana blogger Scott McKay always likes to say, “politics flows downstream from the culture.” What he means is that politics and laws are a reflection upon the culture. We as classical liberals need to start paying attention to changing the culture.

We need to build a culture that respects life, believes in individual freedom and responsibility (ie. liberty), believes in pluralism and “live and let live”, believes in the advancement of science and technology and rejects quacks like Food Babe, looks at the world as it is and not the way we want to see it, and strives for knowledge and make ourselves better than what we are. We need a culture that is truly diverse, not just in appearance but also in thought as well.

Ultimately, all laws are simply the reflection of the values and morality of a society. The sooner we’re honest with ourselves on that, the sooner we can focus on the things that really matter.

Kevin Boyd
I’m one of the original co-founders of The Liberty Papers all the way back in 2005. Since then, I wound up doing this blogging thing professionally. Now I’m running the site now. You can find my other work at The Hayride.com and Rare. You can also find me over at the R Street Institute.
http://thelibertypapers.org/2005/11/22/a-bit-about-kevin/
classical liberalism, legislation, Liberty, morality