Screw the Parties! Vote Your Heart, Not With FUD 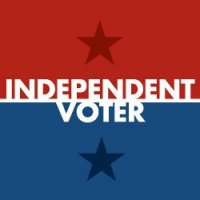 So far today, we have posts from Matt Souders and Sarah Baker as to why voting a certain party affiliation is a better idea for libertarians. They’re well reasoned, well backed up, and ultimately, I believe, short sighted.

I have a different idea: forget the letters next to the names. Forget “tactical” voting. If libertarians, as a movement, want to make real change, they need to vote independently, without any care for party affiliation. In some cases, they should even write in a vote for someone off the main ballots.

As a libertarian, I’m used to being toyed with. Republicans want my vote to fix the economy. Democrats want my vote to address social issues (translation: “lol smoke weed erryday y’all”) and to keep us from going to war. And every time we’ve gone one way or the other, we’ve gotten burned.

The Tea Party was started largely as a protest against goverment overspending, and candidates were elected to office – including in a massive wave in 2010 – to address that. Unfortunately, once they got into office, spending didn’t go down appreciably in many cases. Instead, they spent all their time implementing what I derisively call “Jesus Laws”: socially conservative laws put in to please white, middle-aged and older Christian voters. If you hate abortion, you love the Tea Party, but otherwise, I’d argue they’ve done more harm than good.

Of course, the Tea Party burns today as a fight against the mainstream Republicans who have run the party for so long and who have contributed to so many of our problems, including our blown up debt. Men like John McCain and Peter King are anathema to these people for their desire to wage war for any reason and being “squishy” on spending. The ironic thing, from the perspective of the Tea Party, is that they keep invoking the name of Reagan, who was the catalyst for the big-spending Republican Party.

Democrats, of course, have always been the big spenders, but at least they will care about social liberties and not going to war, right? Not so fast. The same Barack Obama who was so anti-Iraq War in 2003, and who ran on being against it in 2008 – arguably winning on that front – has since engaged us in multiple illegal wars in Syria and Libya, and is engaging in illegal actions in Iraq once again as a fight against the Islamic State. Civil liberties? Hah, ask the conservative groups targeted by the IRS, and the reporters and whistleblowers being targeted by the government in the war on leaks. All of this from a man who campaigned against the very things he now stands for. For Pesci’s sake, it took Joe Biden’s diharrea of the mouth to get the President to come around on gay marriage.

The underlying point is that the people campaigning to reform the system often get co-opted by it, and being a part of a major party hurts that. The party simply doesn’t help outliers, and trying to take the party from within is going to prove to be a very hard road – one that could take a generation – for liberty-minded people on either side of the divide. Candidates become different people once they’ve been voted into office; their responsibility to their constituents largely ends at that point, as shown by the extraordinary retention rate in Congress. Once in office, the peoples’ use is finished, and they are summarily discarded.

The Fear, Uncertainty and Doubt of the Two Party System

We’ve heard it before: “A vote for X is a vote for Y”. This often comes about when libertarians – either in primaries, or in general elections where they’re petitioning candidates or running on a big-L Libertarian ticket – represent a threat to the status quo. Most recently was the case of Robert Sarvis, who many argue cost Ken Cuccinelli the governor’s mansion in Virginia by drawing 6.5% of the vote, well above Terry McAuliffe’s margin of victory.

This is a good thing, which is not something I say because I personally find Cuccinelli repulsive; that would be the case if Sarvis or anyone else took things to the other extreme and cost a Democrat an election. Anything that upsets the two-party apple cart is a positive development. The system needs a few shocks. If that means some weak candidates of either party have to get voted out, so be it.

One of the most common refrains we hear is that Republican or Democrat, it doesn’t matter because it’s just two heads of the same dragon. Outside influences – of all shapes and sizes – are like a knight fighting that dragon. The odds are against him, and it’s very likely he’ll be burnt to a crisp by their fire, but even dragons get tired from constantly fighting off outside threats. Also, the more third parties get involved, the more powerful their influence with the media. The best part of Robert Sarvis drawing “only” 6.5% of the vote in Virginia is that it caused a lot of writers to drop a lot of ink/pixels noting how upsetting a force his candidacy was. Even Gary Johnson’s largely Quixotic bid for the Presidency, which drew 1% of the vote, was good for bringing positive attention to libertarian causes. It’s a slow trudge, but the more attention it gets, the better.

Besides, the other half is just as bad, right? So what if a Terry McAuliffe wins an election? Or even Barack Obama or George W. Bush? Liberals who hated Bush likely wouldn’t have loved Gore, and conservatives who deplore Obama wouldn’t be happy with McCain or Romney, either. If they’re saying they’re simply marginally more happy, they’ve already lost. Eating crumbs off the table still leaves a person malnourished.

The Libertarian Party: Our Unreliable Ally

After all this, it’s obvious that we should all rally around the Libertarian Party as our cause celebre, as Sarah argues in her post, right? Not so fast. A closer look shows they’re unreliable at best, and outright using the party at worst. For the most part, the Libertarian Party has been a sort of rehabilitation centre for C-list Republicans, the equivalent of a baseball player being demoted to the minor leagues to work on his swing before being promoted back to the big time.

I need to preface this with an admission: I voted for Barack Obama in 2008. I’m not even ashamed of it. While I didn’t buy the “Hope and Change” nonsesne, I did at least concede at the time that he wasn’t Bush, and wasn’t a Republican. However, another major thing in his favour was that the Libertarians were putting forth an embarrassing ticket of Bob Barr and Wayne Allyn Root.

Bob Barr was elected to the House of Representatives as a Republican during the Newt Gingrich-led Republican Revolution. While in office, Barr was such a hard supporter of the War on Drugs that he was voted out of Congress… with support from the Libertarian Party he would eventually represent. He also supported the Defense of Marriage Act before he was against it, voted for the Patriot Act, and voted for the Iraq War. The LP went from destroying Barr’s career to building it back up again, only to watch him go back to being a Republican in 2011.

As for Root, I’ll let my colleague Doug Mataconis take this one. Root, by the way, rejoined the Republican Party in 2012.

Individual Liberty at the Ballot Box

None of this is intended to persuade anyone to vote one way or the other. In fact, the whole point of this is to point out an obvious truth: our current system isn’t working, and those who allow themselves to be co-opted by larger forces almost always end up disappointed.

What I will call for, however, is a call to conscience. Individual votes are ultimately irrelevant so long as one is voting to their personal convictions, and a request for those who tactically vote – like those who would vote for Mitt Romney despite prefering Gary Johnson – to reconsider. If you think a candidate is a preferable candidate, vote for that candidate. If that candidate lost a primary, write him in. If you think Elmer Fudd is a better option, guess what? Write in Elmer Fudd! Why not? We know he supports the Second Amendment, at least.

The key is never to fall in line with big-party dogma, it’s to ensure that people are voting with their hearts, saying what they want, and in the process sending a very strong message that the status quo is not acceptable. If we can’t even show individual liberty in the ballot box, how can we hope to achieve it in the legislature?

Christopher Bowen
Christopher Bowen covered the video games industry for eight years before moving onto politics and general interest. He is the Editor in Chief of Gaming Bus, and has worked for Diehard GameFan, Daily Games News, TalkingAboutGames.com and has freelanced elsewhere. He is a “liberaltarian” – a liberal libertarian. A network engineer by trade, he lives in Derby CT.
http://www.superbusnet.com
indepdendents, Libertarian Party, libertarians, Robert Sarvis

How Not To Engage Non-Libertarians In A Political Discussion

There’s a video being shared by some libertarians that shows a libertarian activist, who identifies an affiliation with Students for Liberty, asking a progressive activist about his policies and ideology. After about a minute or so, the libertarian brings up that the progressive ideology requires a state and violence to implement it. The progressive then got angry and eventually walked away from the cameraman and the SFL guy.

The guy who made the video and the libertarian echo chamber that is pushing it are identifying as a progressive who got angry when he realized that violence was needed to promote his ideology. Meanwhile, I believe that the progressive got angry because he knew he was being ambushed as has become common.

Make no mistake, this video is defeat for the libertarians and a missed opportunity to promote libertarianism. Furthermore, it reinforces the negative stereotype that libertarians only care about eccentric things and not about practical solutions to real problems.

Here’s what I would’ve done in the same scenario.

Notice what is never brought up, “violence” or “coercion”. The reason why those terms are never brought up is because no one cares about them outside of hardcore libertarians, voluntarists, and anarcho-capitalists. When reaching out to someone, you reach out to them by using their way of thinking, not yours.

To put it in linguistic terms, it’s easier for libertarians and conservatives to converse because libertarians speak French whereas conservatives speak Spanish. Both languages are in the same linguistic family (Romance) therefore there are major similiarities between the two. Both political ideologies, in the Anglosphere, stem from the same classical liberal tree. Progressives on the hand speak Chinese, which has no similiarities. Some on the left already realize that progressives and libertarians will never be on the same side. The two have different interests and that’s why, especially among the rank and file, most libertarians come from conservative ranks.

All in all, libertarians need to do better reaching out to non-libertarians and they way to do that is to get on the other person’s wavelength. When a person storms off and won’t engage you, you’ve already lost and that’s not a good thing if the goal is to win converts.

Kevin Boyd
I’m one of the original co-founders of The Liberty Papers all the way back in 2005. Since then, I wound up doing this blogging thing professionally. Now I’m running the site now. You can find my other work at The Hayride.com and Rare. You can also find me over at the R Street Institute.
http://thelibertypapers.org/2005/11/22/a-bit-about-kevin/
libertarians, outreach, progressives