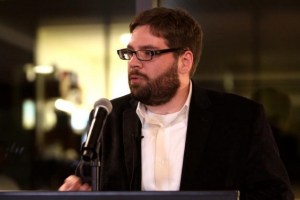 President Obama has appointed attorney Vanita Gupta to head the Department of Justice’s Civil Rights Division. What should be of interest is Ms. Gupta’s opposition to the Drug War and calls for prison reform.

A drug-war denouncing, prison-reform crusading, longtime civil-rights attorney is President Obama’s new pick to head the Justice Department’s civil rights division. Venita Gupta, 39, will take over as acting assistant attorney general for civil rights next week, and the White House will likely propose making it permanent within the next few months, according to The Washington Post.

Gupta has called the drug war “disastrous”, the asset forfeiture program “broken”, and police militarization “out of control”. She supports marijuana decriminalization and eliminating mandatory minimum sentencing. “It’s time for states to end the costly criminalization of marijuana and recalibrate sentencing laws so that the punishment actually fits the crime as opposed to a politician’s reelection agenda,” she wrote in a September op-ed for CNN.

This is a positive step from an administration that has been all talk on drug policy. While it is unknown if Gupta supports legalization, even just moving towards an approach of decriminalization, eliminating mandatory minimums, and reining in police militarization and the asset forfeiture program would be a very big positive step for civil liberties.

There has been one positive to the Eric Holder Justice Department, which is that the Holder Justice Department has been relentless in launching civil rights investigations in response to police brutality committed by local law enforcement. Gupta’s record and previous writings show that she would be as aggressive in this role as her predecessor, which is a very good thing.

All in all, this is a very good appointment by the Obama Administration that should be praised by anyone concerned with civil liberties.

Kevin Boyd
I’m one of the original co-founders of The Liberty Papers all the way back in 2005. Since then, I wound up doing this blogging thing professionally. Now I’m running the site now. You can find my other work at The Hayride.com and Rare. You can also find me over at the R Street Institute.
http://thelibertypapers.org/2005/11/22/a-bit-about-kevin/
Civil Rights Division, drug war, mandatory minimums, police militarization, Venita Gupta