Ills That Underlie Violence Go Beyond a Shortage of Gun Control 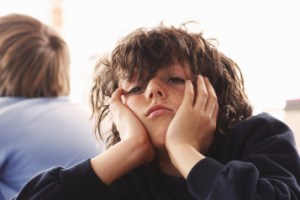 Today I respond to the accusation that, beyond defending their own freedom, gun rights advocates offer only ¯\_(?)_/¯ in response to the problem of violence. In truth, I have deeply-held beliefs about the ills that plague modern society. Addressing some of them might impact the rate violence.

Doing so, however, would be more complicated, more difficult and require more compromise than I think most would-be agents-of-change really want to put forward. This is my challenge to them.

Guns are a tool of violence, not a cause. To find cause, one must look deeper.

Start with the cheap, shallow, one-size-fits all blueprint for life we bequeath sheep-like to our children, most of whom never commit violence, but who suffer in legions from some degree of the same aimless, disaffected, lack of fulfillment reflected in the manifestos left behind by the ones who do.

Eighteen years of artificially prolonged childhood, most of it spent in government run schools. Another four to seven years of delayed adulthood in the university system that is “the new high school.” An 8-to-5 job with a few weeks of vacation per year. Marriage, house, kids, retirement and here’s your gold watch, well done!

Literally, every element of that blue print needs to be re-examined.

Our Public Schools Are All Wrong. Children are meant to move, to explore, to question, test and try. Our schools are designed to enforce the opposite. Sit down, hold still, be quiet, and do as one is told. Learn the subjects and in the ways and at the pace dictated by the enlightened bureaucracy who drew up the blueprint.

National standards make this worse—not because the curriculums are bad, but because they do not light a spark in every child, but force schools to “teach to the test” rather than encourage individual interests.

What we need are young people so filled with spontaneity and wonder and interest and passion and joy that they never have a chance to feel empty or aimless or disaffected or isolated. We want them learning to follow their own directions and find their own projects so that they know how to fill their own spaces inside.

Instead, after eighteen years of conformity and confinement—waiting for permission to speak, to move, to go to the bathroom; memorizing information available in seconds on the phone in their pocket to take tests that don’t matter and learn skills they won’t need for jobs that no longer exist in an economy that has moved on—they no longer even remember what it was to have agency and interests and pursuits and passions that weren’t served up by the faceless social engineers who pre-planned their lives.

And we wonder why they turn their anger outward when they find themselves empty on the inside.

We wonder why so many shootings happen at schools and universities.

More Variety and More Choice. I have always been fascinated by people who focused from a very young age on working toward starting a business. Anecdotally, my observation is that this focus correlates with being a first or second-generation immigrant to the U.S.

Statistics bear this out.

For whatever reason, the U.S. culture does not impart this focus, or the skills necessary to achieve it, to our children. At best we fail to encourage—at worst we actively discourage—young people from doing things like starting businesses, pursuing trades, making movies, starting websites, touring with symphonies or otherwise rocking the boat that is the carefully calibrated public school system designed for an economy that no longer exists.

Instead, after a second period of delayed adulthood in the “new high school” that constitutes our university system, we graduate them into the world as overgrown children, searching for jobs (a new place to sit down, hold still, pay attention and obey) rather than creating them.

We ought to encourage them early to nurture all that messy, disorderly, nonconforming creativity into internal flames to fend off the chill of the inevitable disappointments and hardships of an imperfect world. As it happens the same qualities and pursuits that would nurture that flame are the ones the new economy demands (so convenient!). Creativity. Innovation. Outside-the-box imagination. Experimentation. Risk-taking. Self-motivation.

More Options for Spirituality. Our culture provides little recognition or support for spirituality outside the mainstream religions. At best, alternative sources of spiritual fulfillment are ignored or denied as a basis for a moral, meaningful life. At worst, they are mocked.

We should reconsider forcing the choice between indoctrination into a religion that does not resonate or derision for looking elsewhere. The only correct response to a person seeking spiritual fulfillment outside the major religions is: “That’s great. How can I help?”

The Disastrous Collision of Victorian Prudery and the Aimless Hookup Culture. Our sexual paradigms are as limited and disappointing as our schools and spirituality. We continue to largely limit young people to two seemingly opposite, but both deeply unhealthy, models.

On the one hand, still being taught in the aforementioned public schools, is the idea that all sex before marriage is bad, that young women who do it lack worth and young men who ask for it lack respect. On the other is the hookup culture endemic to our universities in which young people drink themselves into oblivion as a prelude to sexual encounters they otherwise lack the skills or fortitude to effectuate—and in which the point for young women is deeply obscured by the fact that they aren’t achieving either relationships or pleasure.

A recent post at The Harvard Crimson by a student who was raped reflects some of the ways in which the terrain between these two models has yet to be mapped. Let’s consider equipping young people with better tools than getting wasted or just seeing where it goes—tools like straightforward, sober communication about wants and needs and how to ensure they are compatible and met for both parties.

What does sex have to do with violence?

A more sex-positive culture and education might lead to fewer bitter fallouts from failed relationships, fewer unwanted pregnancies, and fewer ill-considered marriages, all of which lead to the broken families and absentee parents that correlate with violent crime.

Beyond that, as Bill Maher is getting some heat for suggesting, sexual frustrations have played a role in the downward spirals of mass killers from Roseburg, Santa Barbara and Oklahoma City, to Sandy Hook and Virginia Tech.

Coincidentally, Scott Shackford had a post at Reason recently covering the importance of sex work to the mental health of the socially disenfranchised. Another change to consider—for those who dare.

Conclusion. We are blessed to live in uncommonly safe and peaceful times. Violence is on a downward trajectory. But there are still dysfunctions to be addressed.

It won’t be as easy as closing the gun show loophole.

Sarah Baker
Sarah Baker is a libertarian, attorney and writer. She lives in Montana with her daughter and a house full of pets.
Culture, gun control, Mass shootings, public schools, Violence