Watching the Watchers: Resistance to Transparency a Problem at Every Level of Government

We do not have leaders in the United States of America. We have representatives. They are chosen by us to do a job for us. They are our employees. We do not owe them any respect or subservience beyond the same basic respect we choose to show fellow human beings, and in particular those who are our employees.

And we have a right to watch them.

Yet at all levels of government, we face rebellion against our right to watch.

STATE LEGISLATURE IN THE NEWS FOR VIOLATING OPEN MEETING LAWS 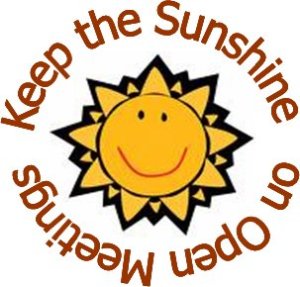 One of the Republican candidates for my state’s legislature actually came to my door twice this election cycle in an effort to earn my vote. Even had I been otherwise inclined to vote for him, his refusal to answer voter guide questionnaires would have been a deal-breaker.

He explained at my door that politicians who answer voter guide questions are sometimes “discriminated against for their religion.” Only by questioning him on my porch was I able to elicit his position on issues from gay marriage to the War on Drugs—which he supports because “we need to be moral.”

He won handily without my vote and is now a state senator. His counterparts in the state House have just made news by, once again, being accused of violating Montana’s open meeting laws. Earlier this month, the House Republican Caucus met in the basement of a hotel without providing the requisite notice. During the 2013 session, the Caucus similarly met in the basement of the state Capitol without posting notice.

The state media have been quick to point out that both parties and both houses of the state legislature routinely violate the state’s open meeting laws. The interviews with the politicians engaged in such violations are candid and telling. One Democrat senator, for example, detailed how rather than simply post the notice and allow reporters to cover the event, his party would instead make just enough people leave to be under the limit of the notice requirements:

“We were always mindful of the numbers,” added Sen. Mike Phillips, D-Bozeman. “And when we realized we were over the limit, someone would leave.”

One of his Republican counterparts lamented that the open meeting requirements make it “impossible” for elected politicians to talk to each other:

Where do you draw the line?” he asked. “How does a group function if they can’t get together and talk to each other? This is supposed to be a country of freedom of association and freedom of speech. If you’re going to take that away at a caucus, how is the caucus going to function?”

He does not seem to understand that the caucuses can still talk, even if the people they work for are listening. If they do not want the voters to know about it, perhaps they ought not be doing it. 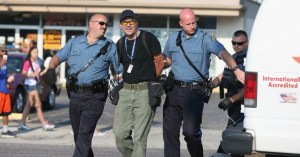 On Saturday night, Ferguson police arrested a member of the press, apparently for standing on a sidewalk. This comes in the wake of federal court orders directing that Ferguson police not engage in any practice of interfering with citizens’ right to record police. These orders were obtained based on events following the death of Michael Brown, in which police detained journalists, wrongfully interfered with people recording the protests and police response, and instituted a no-fly zone to prevent the media from flying over.

Both cops and citizens behave better when they know they are being recorded. Recordings exonerate innocent people who have been wrongfully accused and help ensure that the right people are punished. Those who have been wrongly accused may find that someone similar to these denver criminal defense attorneys may be able to help them with their case, helping them to prove their innocence and get their life back on track, As Reason’s Ronald Bailey has reported:

Earlier this year, a 12-month study by Cambridge University researchers revealed that when the city of Rialto, California, required its cops to wear cameras, the number of complaints filed against officers fell by 88 percent and the use of force by officers dropped by almost 60 percent. Watched cops are polite cops.

Yet all over the country, police continue to harass citizens who lawfully record the police, a fairly well recognized right in these United States.

MOST TRANSPARENT ADMINISTRATION IN HISTORY 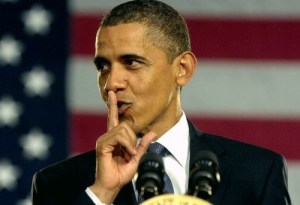 In the wake of an embarrassing revelation about an “unacceptable” mistake inflating the total enrollment numbers, Health and Human Services Secretary Sylvia Mathews Burwell has ordered her agency to come up with ways to increase transparency. I hope she follows through.

But the “most transparent administration in history” has a mixed record on living up to its own hype. Lingering questions remain about the transparency of the drone program. Just this week, the administration continued its established practice of dumping thousands of new regulations on the eve of a major holiday.

Let us not forget that last month, USA Today Washington Bureau Chief Susan Page called this administration “the most restrictive” and “most dangerous” to the press than any other in history. She echoes sentiments expressed earlier this year by New York Times editor Jill Abramson, who said the Obama administration is setting new standards for secrecy:

“The Obama years are a benchmark for a new level of secrecy and control,” says Abramson. “It’s created quite a challenging atmosphere for The New York Times, and for some of the best reporters in my newsroom who cover national security issues in Washington.”

Those that are covering national security, according to Abramson, say that is has never been more difficult to get information.

Abramson says that the Obama Administration uses legal loopholes to make things difficult for journalists and media organizations. She says, for example, that the Obama Justice Department pursues cases against reporters under an obscure provision of the 1917 Espionage Act.

“I think, in a back door way using an obscure provision of an old law, they are tip-toeing close to things that, here in the United States, we’ve never had,” says Abramson.

While Abramson says that the White House hasn’t completely shut out the U.S. press corps, even routine media coverage has become difficult to obtain.

“The amount of friction and confrontation involved in just going about what I see as perfectly normal coverage, that in the past wouldn’t have even provoked a discussion, becomes a protracted and somewhat exhausting process,” she says.

As technology and government overreach continue to threaten the walls of privacy that traditionally protected Americans, we must be vigilant in making sure the watchers are themselves watched. They are not leaders, but employees. We should demand that they conduct themselves as such. That entails consistently subjecting their official conduct to scrutiny.

Sarah Baker
Sarah Baker is a libertarian, attorney and writer. She lives in Montana with her daughter and a house full of pets.
Ferguson, healthcare enrollment, most transparent administration, open meetings, recording police